How Brexit will Affect Engineers in the UK and Abroad

How Brexit will Affect Engineers in the UK and Abroad

The fallout from Brexit has been affecting the economies of EU countries and the United Kingdom since the day the referendum results were published.

Plagued by uncertaintyâ€”many large manufacturers and engineering companies are considering leaving the UK, and many have already done so. Meanwhile, proposed new immigration controls for Britons working abroad and international workers wanting to work in the UKâ€™s engineering and technology sectors have the potential to cause a huge impact on job seekers and employers.

Trying to isolate Brexitâ€™s effects on engineers from the intricate and dynamic web of changes and problems that it's been spinning around itself is difficult. However, we can â€˜simplifyâ€™ the topic somewhat by breaking the issues we will face down into two main categoriesâ€”the effects of Brexit on industry (and the places engineers work), and its effects on engineers themselves. 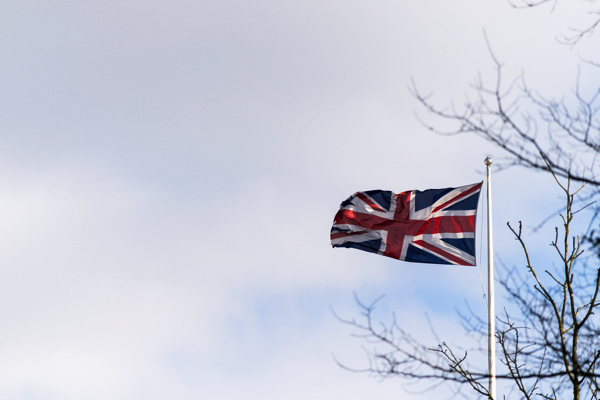 Brexit has been impacting UK industry for several years now.

Concerns surrounding likely export tariff scenarios, border control issues, and taxes on imported raw materials have all served to drive companies with even the smallest portion of their operations tied to the UK to seek out other options.

Having already lost large portions of the financial sector to new offices based in the EU, contingency plans and job cuts are the order of the day in UK manufacturing. Shyness about tariffs isnâ€™t the only thing affecting UK manufacturing and engineering jobs. The falling pound also puts UK jobs at risk.

Many businesses within the EU have UK-based operations or use UK companies in their supply chains. In the event of a no-deal Brexit, these supply lines would be severed. Even if there is a Brexit deal, increased border security and new customs checks will slow things down and increase the cost of goods that cross the UK/EU border in either direction.

The rest of the world is already struggling with their own issues, including economic warfare between some of the most powerful countries. Todayâ€™s global economy means that the UK and EU are part of supply chains that span the whole world, many of which will see disruption due to Brexit.

In the UK, the cutoff point for â€˜skilledâ€™ vs â€˜unskilledâ€™ jobs is likely to be set at Â£30,000/pa. This means that the UK starting salary for newly qualified electrical engineers falls short.

If companies in the UK are unable to hire early career engineers from outside of the country, the potential impact could well be catastrophic, particularly given that salaries for engineers are already lower in the UK than in other English-speaking countries. With diminishing profits, low UK salaries will also continue to affect British graduates.

It is likely that the EU will mirror any future UK immigration controls tit-for-tat. Some EU countries are already tightening immigration laws in preparation for Brexit, and uncertainty abounds those thinking of moving to or from the UK in the near future.

More senior non-EU engineers who are looking at jobs in the UK that top that Â£30,000/pa limit stand to benefit from Brexit. EU engineers will no longer have any advantage when it comes to looking to move to the UK, and the UK government is planning to streamline immigration procedures for highly qualified professionals. 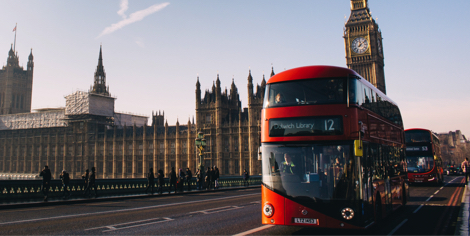 Though Brexit continues to adversely affect industry and engineers in general, there are some benefits to those in the right circumstances. For those based in the UK, the biggest problems will likely come from a combination of big-name manufacturers leaving the country and from shrinkage in the economy.

It is difficult to be certain exactly how Brexit is going to pan out or whether the UK will be leaving the UK with or without a deal. What we can see, however, is that many of the issues are already causing an impact and, regardless of the details, they will cause problems for the UK economy for some time to come. 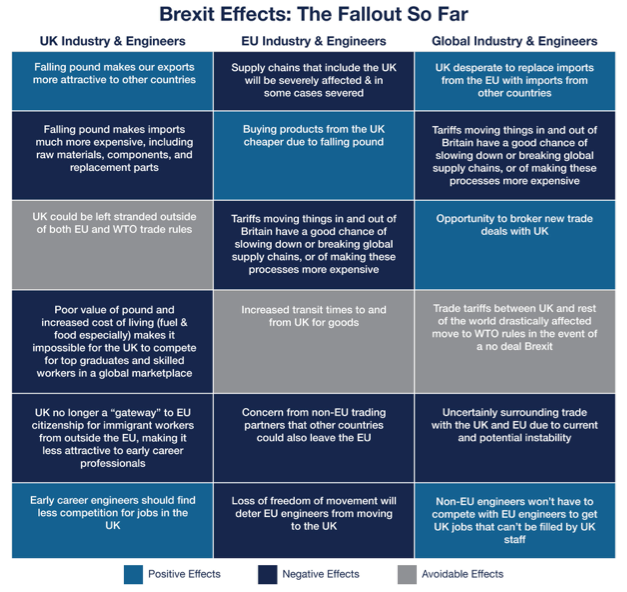