How British Engineers Are Helping in the Fight Against COVID-19

How British Engineers Are Helping in the Fight Against COVID-19 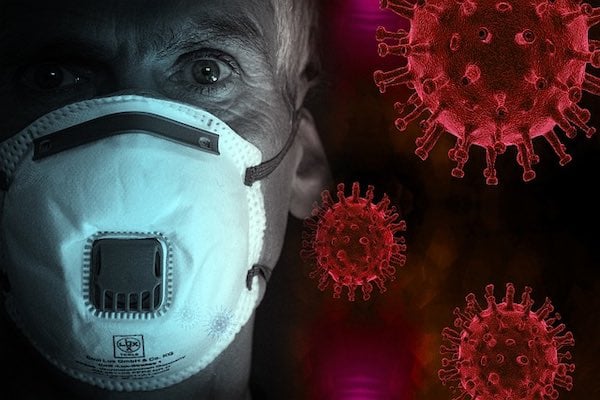 With the coronavirus pandemic spreading across the world, every country is facing the challenge of providing the necessary medical equipment, diagnostic capabilities and infrastructure to protect its most vulnerable residents.

And, at the forefront of that fight, along with healthcare professionals, are the world's engineers. British engineers have been asked to step up to the plate to help the UK build tens of thousands of additional ventilators. With solo efforts from large corporations to collaborations between medical bodies and manufacturers, the race is on to meet the demand before it's too late.

The Pressure to Produce Ventilators

The UK’s National Health Service (NHS), started with just over 8,000 ventilators and, while it can produce more from existing domestic and international suppliers, it will still leave the country dangerously short to cope with demand.

With a predicted requirement for at least 30,000 additional ventilators, the country has had to look to its engineers for solutions. Just a few short weeks ago, Britain’s Prime Minister, Boris Johnson, made a plea to the country’s engineering firms, asking them to shift production lines to building ventilators.

A Call to Manufacturers

Ultimately, the manufacturing industry has been asked to come together to help the country; though the task is no mean feat. While it draws comparisons to the accelerated production of aircraft during the war, when it comes to ventilators, there is no accepted design or guarantee that components can be sourced.

Regardless of the challenges, however, research and engineering teams have been coming together, forming various groups and collaborations as well as putting forward individual efforts to help the country meet demand. 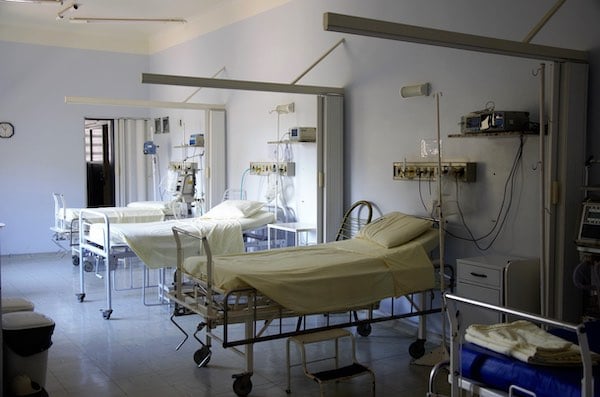 The Technology the UK Needs

When patients are critically ill with COVID-19, using a ventilator is often the only way they can breathe. It is vital, however, to keep pressure at a minimum and to not let oxygen levels get too high, both of which can cause additional harm. Ventilators not only help people to breathe but they monitor their lungs with airflow, temperature, humidity and pressure sensors.

The Intensive Care Unit (ICU) ventilators that are used in British hospitals are highly sophisticated pieces of equipment. They are made up of two core parts, the mechanics and the electrics. With a lot of hardware and software involved, if any component doesn’t work properly, the machines shut down.

What’s more, the ICU ventilators have many parts that change according to the ventilator design. Components include pressure generators, patient circuits, inspiratory flow regulators as well as any number of sensors, filters, valves and alarms.

While the mechanical parts could be manufactured by engineering firms, the electrical components could be a greater challenge. The difficulty could come in sourcing the sophisticated components required, especially those that aren’t made in the UK.

The British Firms at the Forefront of the Battle

The UK only has one specialist maker of ICU ventilators, and while it has certainly increased capacity, working around the clock, there is no way that it can meet demand on its own. Fortunately, there are many other manufacturers, corporations and groups rising to the challenge, notably:

The government has ordered 10,000 ventilators from the company that revolutionised the vacuum cleaner market. Dyson is working alongside The Technology Partnership, a collaboration of scientists and engineers, and hopes to make ventilators at scale in old aircraft hangers. The company has had hundreds of engineers working around the clock to create a new design from scratch. The result, the CoVent ventilator, uses the company’s expertise in air movement, motors and power systems alongside its supply chain for components like air purifiers and fans.

A team of engineers, anaesthetists, and surgeons from the University of Oxford and King’s College London, are working on a less advanced model. The thinking is that the simplified design will be quicker to construct compared to car manufacturers using their components in new designs. Oxyvent Team’s idea is that if they can licence their simplified design, manufacturers with capacity would be able to produce them.

A consortium of medical, military and civil engineering manufacturing companies including Airbus, Rolls Royce and McLaren have joined together in the production of a ventilator based on two existing designs. One model, made by Penlon, is an anaesthetic ventilator that is bulkier than those usually used in ICU departments with Smiths’ portable ParaPac ventilator being the other model.

The Formula One engine-maker has teamed up with University College London to develop a breathing aid to help those with less severe symptoms. The continuous positive airway pressure (CPAP) machines could help to reduce the need for ventilators and the pressure on intensive care wards, bridging the gap between oxygen masks and ventilators. Already approved by the regulator, a clinical trial is underway across London’s hospitals.

And these are just some of the larger organisations and collaborative efforts towards the fight. There are also hundreds of smaller manufacturers who are stepping forward to help. Babcock International Group Plc has joined forces with a leading medical equipment company to design and supply its own ventilator.

Renishaw, a manufacturer of small precision-measurement parts used in medical equipment and aircraft is working to understand the medical device requirements.

TT  Electronics, which makes specialty coils and ultra-fine wound wire for radiation therapy equipment, is another potential contributor. However, it will be the bigger companies, such as Dyson, that will have the ability to source supplies of semiconductor chips that would be too complex to make locally. 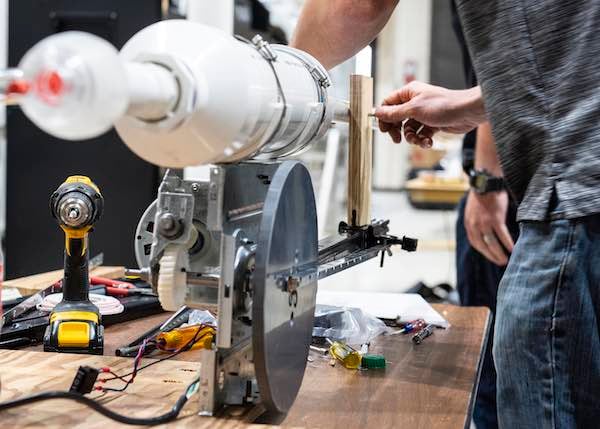 A man working on one of the many ventilator prototypes being produced across the globe. Image Credit: Eddie Green

Will New Ventilators be Ready in Time?

Under normal circumstances, it would take up to three years to design a new ventilator and bring it to the market. But, with the NHS potentially due to run short in a matter of weeks, there isn’t the time.

The thinking is that the Medicines and Healthcare Products Regulatory Agency (MHRA) will expedite the normal approval process and that the government will cover liabilities of the companies and manufacturers involved. However, there are still doubts whether the various solutions will be ready in time and at a significant enough scale.

It may well be that recreating established prototypes, and building older models with less sophisticated electrics, ends up being the faster way to deal with the immediate demand. This would remove some of the regulatory barriers, although regulation would still be required. Meanwhile, there is no doubt that companies like Dyson will be fundamental to sourcing hard-to-get components, whether for their own efforts or for others.

Certainly, there is no sense in inexperienced companies trying to design and produce their own prototypes. And there is no chance that any piece of technology will come before patient safety.

What has resulted, however, is a collective entrepreneurial spirit, with engineers, manufacturers and medical bodies coming together to deliver solutions to meet stringent medical standards akin to aerospace in terms of precision within extremely tight timeframes.

Ventilators aren’t the only area where engineers and manufacturers are stepping up to help in the fight. The Royal Academy of Engineering is asking the engineering community to help with infrastructure solutions, economic regeneration ideas and diagnostic and tracking technologies.

The battle against COVID-19 may not be a competition, but it is a race, and the pressure is on. What is certain, however, is that, if they can deliver, engineers are set to be amongst the lifesavers in this pandemic, both in the UK and across the globe.