How Can the Electronics Industry Tap into the Potential of 5G?

How Can the Electronics Industry Tap into the Potential of 5G? 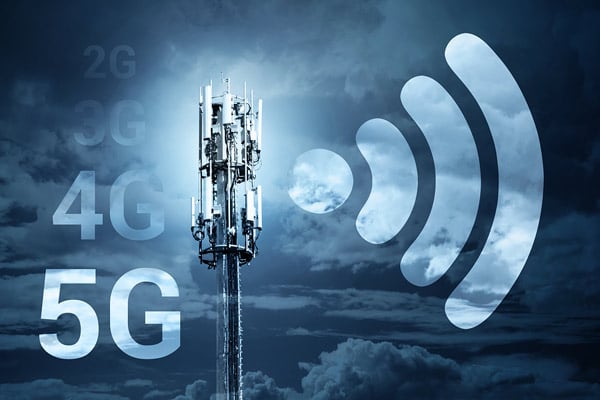 5G may one day be a universal communication feature, but so far, it is still far from ready. We look at what is holding it back in the consumer world, and what engineers and manufacturers can do to help both its integration in towns and cities—which may ultimately involve increasing the fifth generation’s capabilities in the industrial IoT.

As is the case with a lot of latest-generation technology, 5G (namely the fifth generation of cellular networking) still has a long way to go, and electrical and/or electronics engineers (EEEs), alongside of course manufacturers, need to be prepared. This is especially true when you consider one chief obstacle that currently comes with 5Gâ€™s increasing integration: the data transmission demands.

Accordingly, the next sections consider what EEEs need to keep in mind when it comes to 5Gâ€”with a focus on both the consumer and industrial implications. 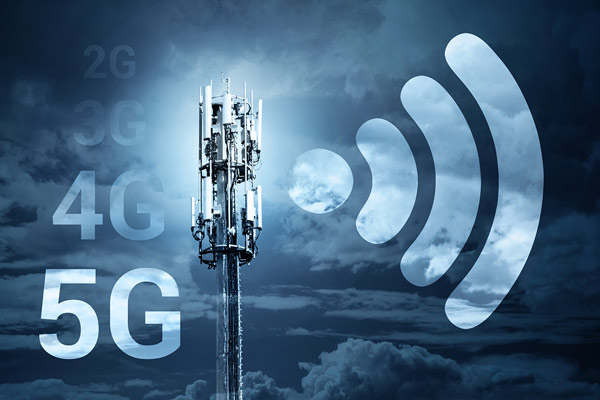 With the power of 5G comes lower transmission potential. Pictured: the top of a communications mast stands to the right of the acronyms â€˜2Gâ€™, â€˜3Gâ€™, â€˜4Gâ€™, and (most prominently) â€˜5Gâ€™. A radio-frequency symbol hovers on its right side.

The Demands on Data Transmission

5G is renowned for offering, when compared to 4G, an up to 100-fold improvement in mobile data processing capabilities. Simply put, 4Gâ€™s 100 Mbps limit is dwarfed by that of its successorâ€™s 10,000 Mbps, i.e. 10 gigabits per second. Plus, 5G has just 1 millisecondâ€”or even lessâ€”of latency, which is substantially faster than the ~40 milliseconds of delay in 4G. (The industrial implications of such ultra low-latency are discussed later on.)

Because of such an impressive scale, however, consider what engineers are now faced with: the challenge of infrastructure, namely the question of whether towns and cities can be made to accommodate the required, 10-Gbps data processing capabilities for their citizensâ€™ 5G-ready smartphones, tablets, and so on. 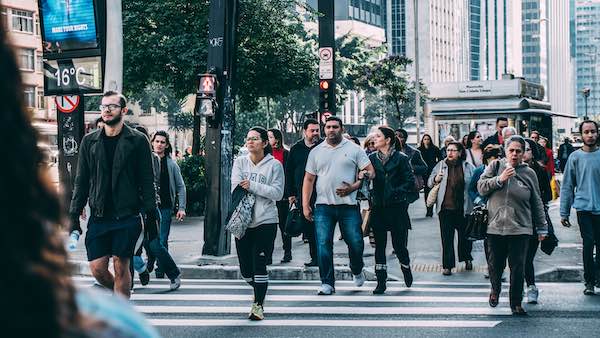 After all, while the general consensus is that such a 5G-ready infrastructure is in fact on the horizon, it is still far from fully realised. A major reason for this is that the fifth generation is a double-edged sword: it may be dramatically more quick and powerful than its predecessors, but the high data transmission demands (due to 5Gâ€™s different approach to the electromagnetic spectrum than that of its predecessors) mean that both 5G antennae and masts cannot broadcast the required radio-frequency waves nearly as far as other towers emit 4G. Specifically, the former can achieve around a 500 to 1,000-foot range, which pales in comparison to the latterâ€™s 45-mile radius.

Clearly, respective of 5G data processing speed and transmission range, the dilemma of quality or quantity must be addressed by the engineering industry.

Itâ€™s with this in mind that the new milestone that has come with 5G, namely ultra-reliable low-latency communication (URLLC), needs to be optimised by EEEs and manufacturers. Letâ€™s now look, therefore, into what URLLC is, and, ultimately, the work that must go into this breakthrough application.

Again, 5G has helped to realise URLLC, which is the umbrella term for communication features that collectively ensure a super-fast, unwavering platform for the modern, mission-critical systems (e.g. smart grids and intelligent transportation) that all demand it.

URLLC is stipulated by 3GPP (The 3rd Generation Partnership Project), and is, to quote Koreaâ€™s Seoul National Universityâ€™s (SNU) paper (which was written in joint collaboration with Samsung):

â€œ... a new service category in 5G to accommodate emerging services and applications having stringent latency and reliability requirements. In order to support URLLC, [however,] there should be both evolutionary and revolutionary changes in the air interface named 5G new radio (5G NR).â€

To focus on the first of the two keynotes (emboldened above and below for reference), such â€œemerging services and applicationsâ€ that require real-time communication in 5G are now more important than ever.

Again, such a need comes naturally with the modern demands for instantaneous smart devices, such as those in the medical, immersive computing, automotive fields, and so on. Some of the countless examples include robot-assisted surgery, VR, and automotive location technologies, but weâ€™ll put these to one side in favour of discussing the industrial internet of things (IIoT). 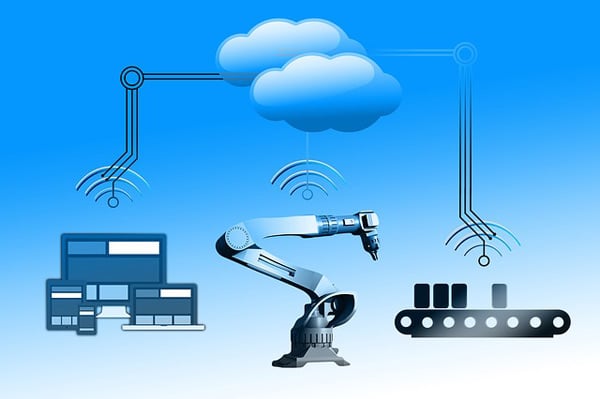 The ultra-low latency features of 5G are set to revolutionise the industrial internet of things (and much more). Pictured, left to right: graphics of four smart devices, a robotic arm, and a factory conveyor beltâ€”each under an electronic communication symbol.

This ultimately leaves us with the dilemma that faces manufacturers and EEEs: how to secure â€œboth evolutionary and revolutionary changes â€¦ in 5Gâ€.

So far, weâ€™ve discussed that universal 5G for the on-the-go consumers is still on the distant horizon, due to the obstacle in the fifth generation's development: its low transmission ranges. To accommodate 5Gâ€™s low transmission potential, a great many people need to be convinced that it's necessary to have cities see a substantial increase in the number of 5G towers.

Perhaps, then, in order to convert those who remain ambivalent towards (or even actively against) seeing the required increase in 5G communications equipment, they must first be shown the many breakthroughs that the fifth generation can bring to the engineering world.

And again, this will require the benefits of URLLCâ€”and therefore the 5G IIoT (particularly massive machine-type communications)â€”to be realised. 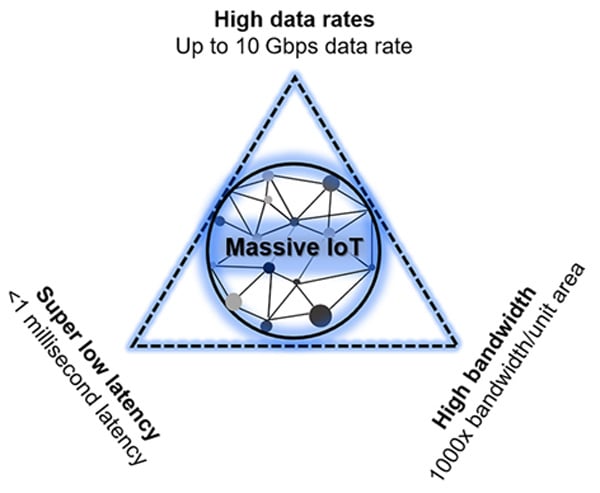 5G in the Industrial IoT

As discussed, URLLC is a milestone that has been facilitated by the advent of 5G. However, the former can only be enhanced if the latter sees both the â€œevolutionary and revolutionaryâ€ improvements that SNU and Samsung stressed the need for in their above quote.

Here are just some of the key words of advice for the future of 5G management from expert organisations (sources include Korea University and the IEEE): 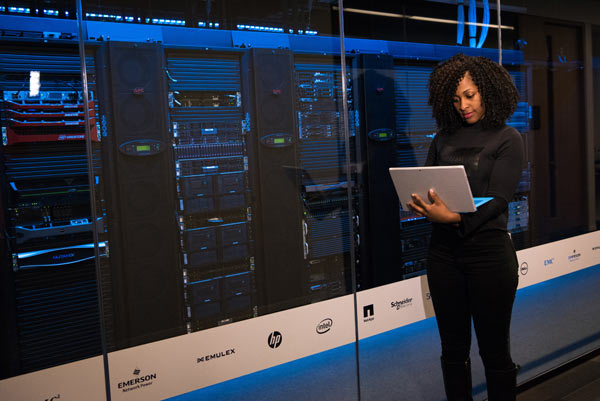 Learning on the job: a woman stands in a data centre while researching on her laptop. Image Credit: Pexels.

The Importance of Optimising 5G

Ultimately, it is by realising principles such as those above that 5G may one day be fully optimised for engineers, manufacturers, and consumers alike. And a major upshot of this would involve both human-machine interfaces and M2M communications having human-level sensing and feedback: a phenomenon collectively known as the â€˜Tactile Internetâ€™.

Enhancing URLLC and educating users about the fifth generation may well lead to such a breakthrough in technological responsivenessâ€”after all, 5G is needed both on and off the factory floor.