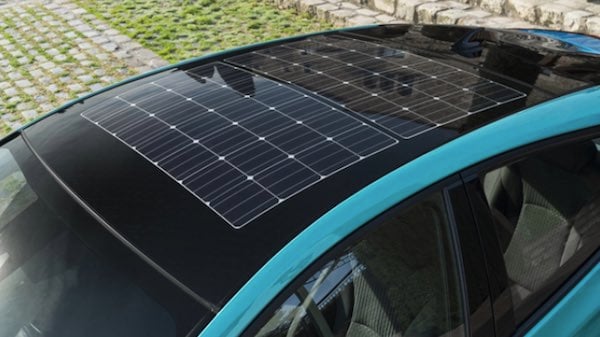 The transport sector in Europe remains one of the most significant contributors to greenhouse gases such as CO2 and nitrogen oxides (aka NOx) from the exhaust pipes of vehicles. Thankfully, engineers are working on eco-friendly automotive solutions—and an exciting example of them are solar-powered vehicles.

While the focus for leading automakers has mostly been EVs, itâ€™s the smaller companies that are embracing solar power solutions. This year, Dutch startup Lightyear said it has designed the world's first long-range solar-powered car. The company claims that its flagship vehicle will achieve a range of 500 to 800 kilometres, all while continually charging in the sun.

What is a Solar Vehicle?

A solar vehicle is one that is either wholly or partly powered by electrical power generated from the sun. Solar cars utilise an array of photovoltaic (PV) cells that absorb and convert radiant energy into a flow of electrons. These charge a battery, which in turn powers a motor that drives the transmission system. Although this would seem like a rather straightforward design, the actual implementation is affected by several constraints, covered below. 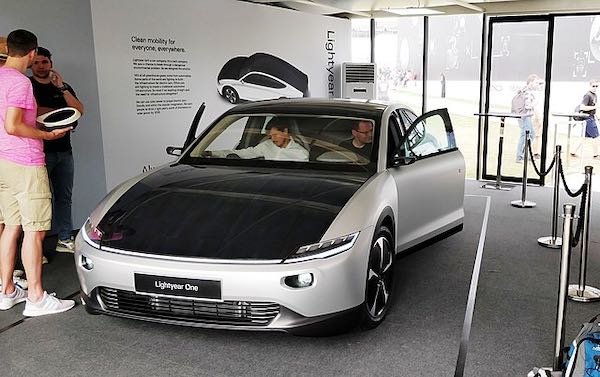 The Lightyear One solar-powered vehicle showcased at the Goodwood Festival of Speed in West Sussex, England. Image obtained from Wikipedia (CC BY-SA 4.0).

For years, engineers have grappled with the challenge of designing solar-powered vehicles that can achieve enough mileage for personal and commercial purposes. One reason for this is that, after taking all the losses into account, conventional models are limited by the amount of electric energy the cars receive.

With the above technical limitations of solar-powered vehicles, it's not hard to see why they haven't yet become commercialised. Let's take a closer look at these challenges and how they impact the drivability and efficiency of these unique cars.

The conversion efficiency of a PV cell refers to the ratio of energy input from the sun to the output (i.e. the electric current) generated. Put simply, PV cell conversion efficiency is the amount of radiant energy that is converted into electricity. Typically, this value rises or falls depending on such factors as the cellâ€™s material type, its size, and the amount of radiant energy it is able to capture in the first place.

Currently, PV cells have conversion efficiencies are quite low: between 13 and 25%.

Unlike the combustion engines of petrol and diesel-driven cars, solar-powered car engines rely on torque generated by the motor, which is powered by batteries. An automotive powertrain that uses this arrangement tends to draw more power from the energy storage. Moreover, the weight of a solar-powered car directly impacts the amount of power required to propel it. For this reason, designers to attempt to utilise lightweight materials, which can be both hard to source and expensive.

For solar-powered vehicles to achieve significant mileage, they need to be able to charge up very quickly. This means that the rate of power supply from the PV cells to the batteries must be markedly greater than the consumption of energy by the powertrain. Unfortunately, that is not the case, as solar vehicles have similar charging speeds as EVs. Solar car batteries take several hours to charge up fully, over several hours even at fast charging stations.

PV cell manufacturing is not cheap. In view of the current manufacturing technologies and materials, typically, the higher the conversion efficiency of the cells, the more expensive they are to produce. Moreover, the cost of manufacturing these components affects the overall pricing of the finished vehicles, which ultimately makes them too expensive for most customersâ€™ budgets. 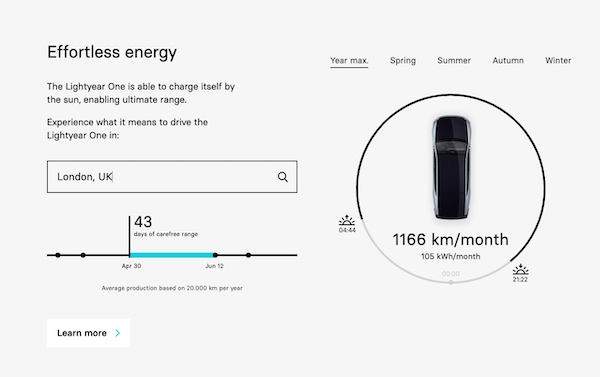 Mileage on the Lightyear One solar-powered vehicle. Image courtesy of Lightyear.

The Lightyear One Solar-Powered Vehicle

According to Lightyear's official website, its flagship vehicle can achieve 65 kilometres of range per day in London, the U.K. The Lightyear One will be commercially available by 2021.

What's Under the Hood?

From the roof to the bonnet of the Lightyear One is 5 metres of PV cells, which are enclosed in safety glass for robust insulation and protection: according to the Dutch startup, the arrangement is â€œso strong that a fully-grown adult can walk on themâ€. The vehicle comprises lightweight materials in every section, which reduces the carâ€™s weight and improves its aerodynamics. In fact, the company asserts on its website that the prototype has the â€œbest aerodynamic coefficient of any carâ€.

Lightyear says its car will achieve 725 km on the Worldwide Harmonised Light Vehicle Test Procedure, aka WLTP cycle. The WLTP is a lab procedure that measures both the fuel consumption of a vehicle over a given distance and the amount of CO2 and pollutant emissions it produces. The Lightyear One charges rapidly with solar energy and at high-speed (60kW) charging stations.

Ultimately, solar-powered vehicles face similar challenges as EVs in terms of practicality. Whether or not these vehicles will be able to replace conventional transport in the near future is yet to be seen. However, with 2019â€™s promising advancements in PV cell technology, we can hope (perhaps one day even expect) to see more efficient solar-powered vehicles on the road within the next decade.