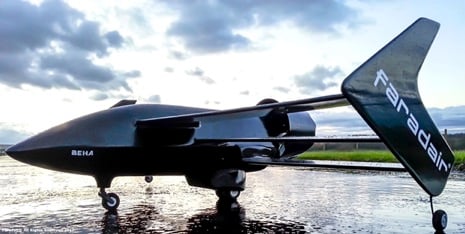 Just like electric vehicles, the idea of designing electric-powered aircraft has been with us for decades. However, unlike EVs, its development and commercialisation have been much slower: technical issues, production costs, and safety issues multiply exponentially when it comes to vehicles that take to the skies.

With recent developments by major stakeholders and leading airframers, however, the aviation industry might witness a major disruption in the coming years through hybrid-electric propulsion.

Hydro-Electric Propulsion: the Future of Aviation?

'Hybrid-electric' in an aircraft means that it uses two sources of power: a kerosene-powered propulsion system and an electric battery in the same gearbox. The dual-power configuration gives the system a high degree of redundancy and design flexibility.

Hereâ€™s a look at some emerging trends in this burgeoning industry:

One of the earliest models of electric helicopters was the 'Firefly',: a modified S-300C helicopter manufactured by Sikorsky, a Lockheed Martin company. The small helicopter utilised two Li-ion batteries and took to the skies for only a few minutes. Unfortunately, it remained a prototype and was never commercialised.

Today, we have advanced models such as the 'SureFly' copter/VTOL: a hybrid-electric giant drone-like vehicle capable of reaching speeds of 70 miles per hour and a maximum flight time of 2.5 hours.

Speculations exist for potential use in 'Uber-like' transit. The SureFly runs on a dual-power system of fuel piston engine and electric batteries (two 7.5kWh batteries) giving it full computer and electrical system redundancy at a maximum takeoff weight of 2,400 lbs.

A UK-based startup known as Faradair has designed a new hybrid-electric plane which requires less than 300 meters of runway for takeoff and can be modified into a cargo plane capable of lifting up to 5 tons.

The bioelectric hybrid aircraft (BEHA), called the BEHA_1MH, features a triple box-wing construction achieving a cruise speed of 370 km per hour with engine noise of 60 decibels.

As part of efforts to combat climate change and reduce emissions from their fleet of aircraft, SAS and Airbus have signed an MoU aimed at research and development of hybrid-electric propulsion systems which will commence in June 2019 and last till Q4 2020. During this time, there will be joint research to explore the operational and infrastructural challenges associated with large-scale production and commercialisation of hybrid and fully electric aircraft.

In a statement at Airbus Innovation Days in late May, Rickard Gustafson, CEO of SAS, affirmed the commitment of the partner companies towards the research: â€œWe are proud of our ambitious sustainability work and are now pleased that Airbus has chosen SAS to partner up with us for this future project.â€ The SAS chief also said that, if successful, the project will â€œrevolutionise emissionsâ€. 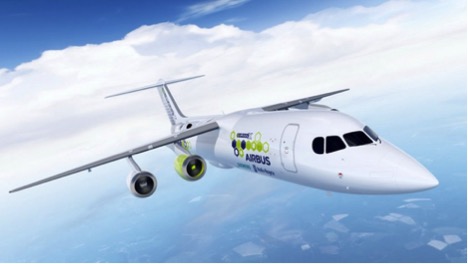 Luxury automaker Rolls-Royce is one company that has set its sights firmly on the burgeoning electric aircraft industry.

According to Riona, an electronic engineer at the company, hybrid-electric propulsion has the potential to â€œenable radical aircraft propulsion concepts.â€ She believes that new development could afford airframers a greater degree of design flexibility.

In her words: â€œAdditional electric propulsors could do things such as enable the wings to be shortened, or optimised for take-off rather than cruise, therefore opening up many possibilities in this spaceâ€.

The companyâ€™s E-Fan X Programme is a partnership with Airbus and Siemens to design a new electric-aircraft flight demonstrator designated E-Fan X which it plans to launch by 2020. The project will see the development of a record-breaking 2-megawatt electric motor, the first of its type to fly in an electric aircraft. With the new development, Rolls-Royce, Airbus, And Siemens are targeting the European Commissionâ€™s Flightpath 2050 Vision for Aviation of reducing toxic emissions and noise pollution. 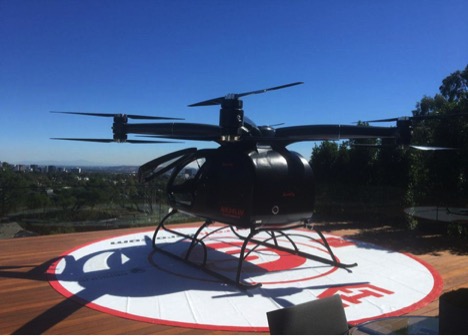 The 'SureFly' hybrid-electric helicopter sitting on a custom-built deck in Brentwood, CA. Image courtesy of Michael Goldstein via Forbes.

Currently, hybrid-electric planes and helicopters are plagued with similar challenges as electric vehicles: their range and recharging rates are still technically limited up to this point.

This is in part due to the stifled growth of battery technology over several decades. The high-power density lithium-ion batteries, such as those used in EVs, have limited charge/discharge cycles, are prone to overheat, and take anywhere from nine hours to a full day to charge up fully.