Fuelling the Future of EVs Through Hydrogen Fuel Cells

Fuelling the Future of EVs Through Hydrogen Fuel Cells 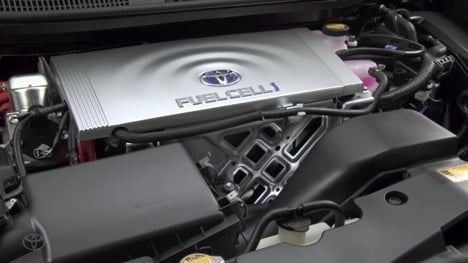 As the global automobile industry gradually moves away from the use of fossil fuels, it’s safe to say that electric vehicles are an imminent reality.

According to a 2013 survey carried out by the Consumers Union and the Union of Concerned American Scientists, 42 per cent of Americans could use todayâ€™s electric vehicles.

Unlike conventional gasoline and diesel-powered vehicles which produce greenhouse emissions, electric vehicles are helping to combat climate change by eliminating carbon, nitrous oxides, and particulate pollutants emitted from the exhaust pipes of cars and trucks.

The most popular type of EV available today is powered by Lithium-ion batteries that can be recharged at EV charging stations. A more efficient option is to use hydrogen gas and fuel cell technology in the vehiclesâ€™ engine compartments. According to new research, these systems might cost much less to manufacture, as well. 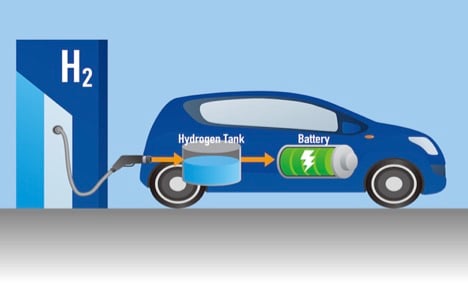 How Does Fuel Cell Technology Work?

Hydrogen-powered EVs use hydrogen and oxygen continuously within a fuel cell unit producing electricity to power the motors, charge a secondary battery, and power other electrical systems. The hydrogen used in the fuel cell is obtained from alkaline water electrolysis.

The typical fuel cell system consists of four basic parts: the anode, cathode, electrolyte, and a catalyst. The electrolyte is a proton exchange membrane (PEM) separating the anode and cathode, and the catalyst is a strip of platinum which helps speed up the chemical reaction.

The anode is fed by hydrogen from the tank while oxygen from atmospheric air flows down a pipe to the cathode. On contacting the catalyst, hydrogen gas splits into positively-charged hydrogen ions (H+) and electrons. The H+ ions migrate to the anode while the electrons move to the cathode, creating an electric current. The reaction in a fuel cell can be expressed simply as hydrogen (H) + oxygen (O) = electricity + water vapour (H2O), where electricity and water are the final products.

Unlike battery-powered EVs which have their driving ranges limited by the battery capacity, hydrogen fuel cell cars and trucks allow for more mileage on a single full tank of hydrogen. Also, while in traffic, hydrogen-powered EVs can save power by switching to 'idle-off' mode, temporarily shutting down the fuel cell.

When it comes to refilling, fuel cell EVs are comparable to conventional gasoline/diesel engine vehicles that fill up in three-to-five minutes. For example, the 2019 Toyota Mirai hydrogen EV takes just five minutes to fill up the Toyota Fuel Cell stack for a 300-mile driving range. In contrast, a Tesla Model S 60KWh battery requires about 9.5 hours of charge for a full 300 miles of driving.

If recent developments by scholars at Lancaster University are anything to go by, a new material, KMH-1, will help make hydrogen fuel cell construction cheaper than battery-based systems by a factor of five.

A New Material with Great Potential for Hydrogen-powered EVs

A team of scientists led by professor David Antonelli has developed a new technology for optimising hydrogen fuel cells engines in electric vehicles using a new material made of manganese hydride.

The new material is designated KMHâ€“1 (short for Kubas Manganese Hydrideâ€“1). Its construction is based on Kubas Binding: a technique for structuring hydrogen gas at the molecular level, by increasing the distance between the atoms. KMHâ€“1 is a molecular sieve which works alongside existing fuel cells to store four times more hydrogen gas than conventional systems.

The findings of the KMHâ€“1 research have been published in the Energy & Environmental Science journal, DOI: 10.1039/C8EE02499E. The researchers say the technology will be implemented in cars and heavy-duty vehicles with more applications to be explored eventually.

Some notable companies and institutions have already provided funding for further development, including Chrysler, the Hydro-Quebec Research Institute (IREQ), the Engineering and Physical Sciences Research Council (EPSRC), the University of South Wales, and Manchester University.

Firstly, while the overall goal is to produce vehicles with lower carbon footprints, commercial production of hydrogen itself contributes to greenhouse gas emissions which, in turn, contribute to global warming. Also, since the technology is relatively new, it is not yet widespread, and EV owners can only use their vehicles in locations which have hydrogen stations nearby. 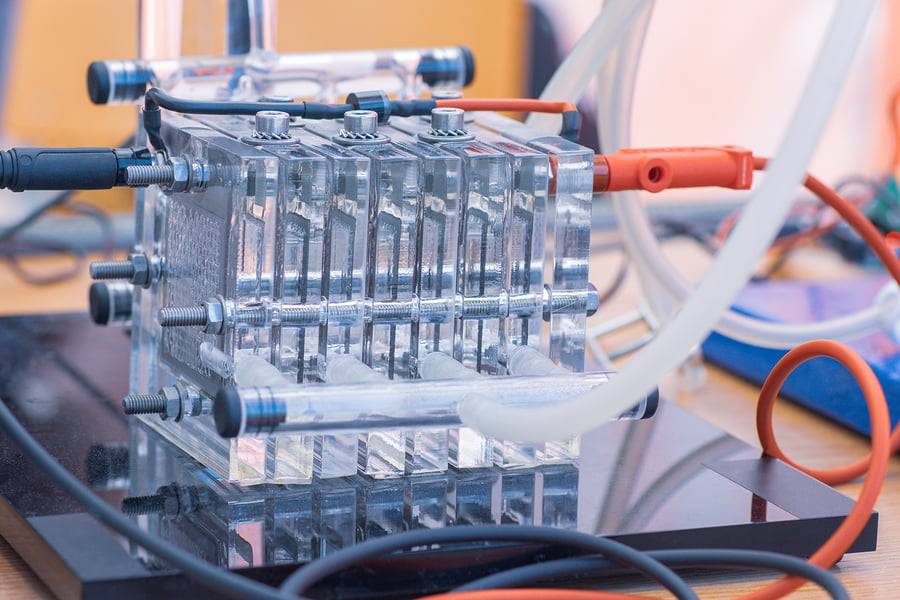 With the new fuel cell technology being developed out of Lancaster University as well as engine design improvements by other leading research institutions, we could see more energy-efficient electric cars and trucks with longer driving ranges in the near future.