If You Got Your Electrical Engineering Degree Before 2000, You’re at a Disadvantage

If You Got Your Electrical Engineering Degree Before 2000, You’re at a Disadvantage 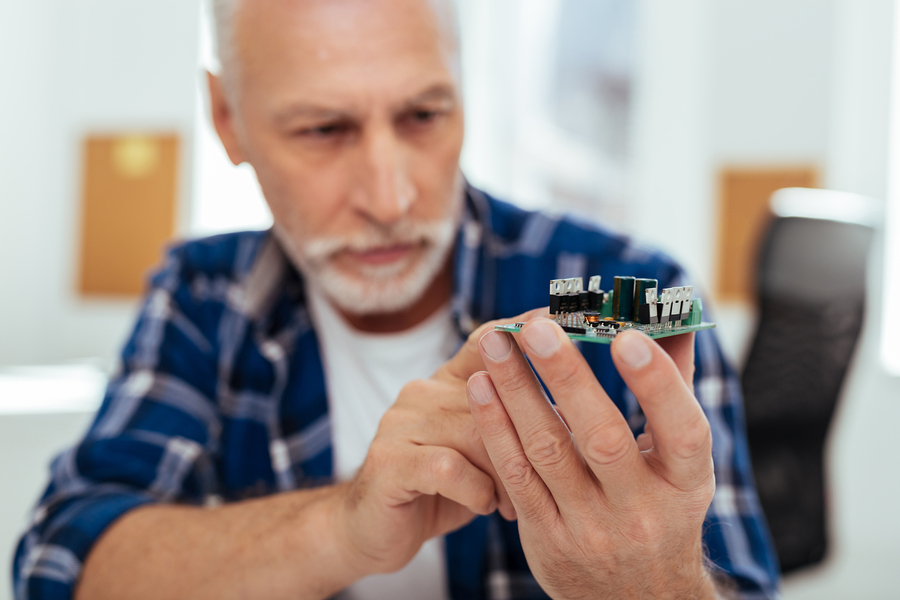 With age comes wisdom and experience, but with youth comes up-to-date education and marketable skills. Is your engineering degree as valuable as it used to be?

Despite an ever-growing skills shortage affecting engineers of all types globally, engineers who started their careers in the 1990s or earlier could find themselves forced into early retirement or self-employment if they end up between jobs. The economist Fritz Machlup coined the term â€œhalf-life of knowledgeâ€ in 1962 to describe the time it takes for half of the technical knowledge in a particular domain to be superseded by the next generation.

But can this really be used to put electrical engineers, who have been working and learning throughout their careers, out of the game once they pass their expected prime? Sadly, it seems that this is often the case. 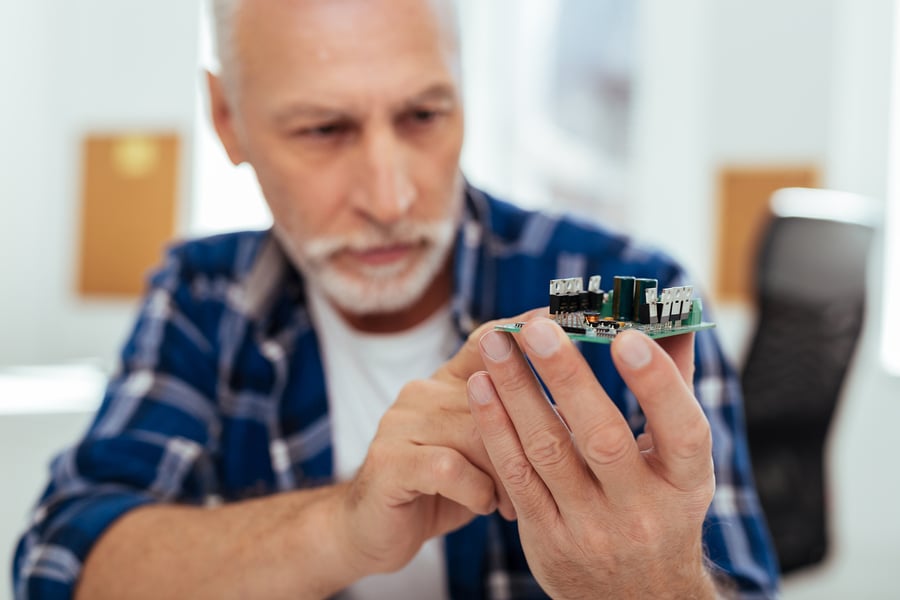 Ageism is a massive issue in virtually every industry, not just electrical engineering. Not only can having more experience stop you getting a new job in the first place, but if youâ€™re on a higher pay grade, you could easily find yourself first to the chopping block in an economic downturn or company restructuring.

While it varies around the world, in many countries, ageism is just as illegal as sexism or racism. But at the end of the day, your resumÃ© can potentially reveal how old you are by the content: the dates you graduated with your degree(s), when you started your first job, the length of your last employment.

Iâ€™ve lost count of the number of highly-skilled technology professionals (not just engineers) who are forced to either go it alone as self-employed consultants, are faced with unexpectedly long gaps between jobs, or end up taking early retirement. While these situations are incredibly far less than ideal, acknowledging that they are a possibility makes being proactive a priority.

Lifelong learning is something that is often touted as essential in pretty much every profession. Yet, employers sometimes seem to forget that anyone who is genuinely excited by engineering as a profession will spend time regularly keeping themselves abreast of new developments, especially in a constantly fluctuating and evolving industry like engineering.

Why are many companies turning towards younger, less experienced engineers in their hiring process? And how do established engineers maintain the value of their skill set when considering the next steps in their career? 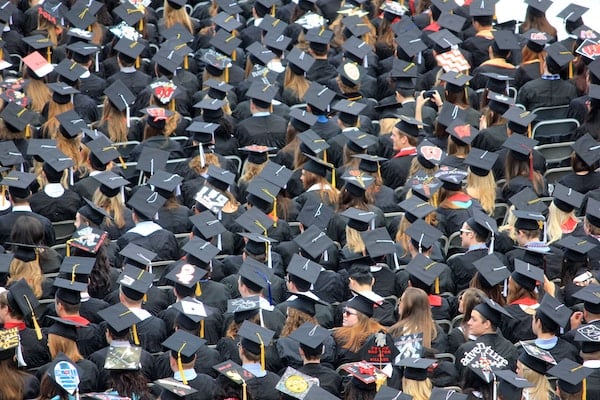 Many employers also prefer to fill positions with younger, more newly qualified personnel in a misguided attempt to cut their wage billâ€”or because they think itâ€™s easier to â€˜mouldâ€™ younger, less experienced employees.

Some managers feel awkward hiring people who are older and more experienced than they are, and many newer technology companies feel that younger staff present as more â€˜with it' and up to date on the latest technologiesâ€”and that they contribute to a more involved or progressive company culture.

Fallout from these sorts of attitudes cause a bevy of different problems:

Less experienced workers might be cheaper to hire, but theyâ€™re often less productive, especially when first qualified. A loss of practical engineering skillsâ€”a gradual loss of â€˜tricks of the tradeâ€™â€”can have a disastrous domino effect.

When younger engineers with less practical knowledge design a product, sometimes their design wonâ€™t be as easy to manufacture, simply because they donâ€™t have the practical knowledge. They are less likely to realise that assembling something â€˜this wayâ€™ rather than â€˜that wayâ€™ takes far less time, ask the right hardware or software questions, or prevent manufacturing errors from occurring at crucial steps.

Employers need to put more resources into training their younger employees, but there is wisdom in hiring experienced employees with decades of knowledge rather than relying on software. Companies might find themselves forced to pay for formal training to teach their workers skills they might just as easily have picked up if there were greater numbers of experienced staff involved.

A lack of soft skills that can only be learned by experience are a natural shortcoming of freshly graduated engineers. Simple things like project organisation, efficient working practice, and collaborative teamwork come with practice and are best learned through trial and error. 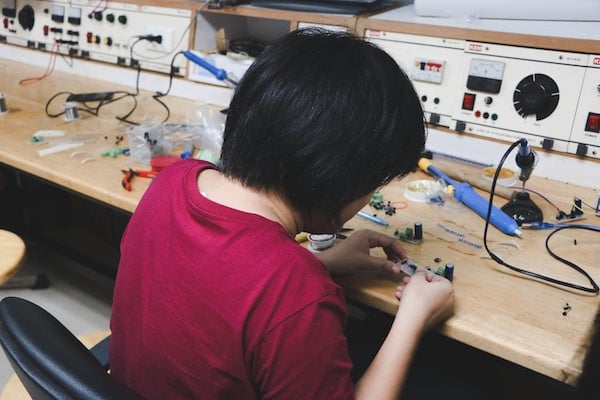 So, despite these obvious shortcomings by new engineers, what can older, more established engineers do to make sure they arenâ€™t pushed aside by fresher faces? And what can employers do to avoid the loss of valuable skills from years of experience?

These days, itâ€™s important to be able to prove that you have knowledge. If you work for yourself or for a smaller firm without much Continuing Professional Development (CPD) provision, itâ€™s important to ask that time and/or funds be set aside to update and refresh engineering knowledge for all staff, no matter how experienced.

Itâ€™s estimated that for an electrical engineer to keep their knowledge up to date, they need to invest around 5 hours per week, 48 weeks of the year, to learning. Thatâ€™s a lot of hours over the course of an average career, but given the cost of hiring inexperienced staff and training them, it still is more beneficial economically than the practice of letting older engineers fall by the wayside.

Silicon Valley is notorious for being full of youthful tech workers, but thereâ€™s still a lot of demand for more experienced staff in the right companies. This can be extrapolated to electrical engineers â€“ if youâ€™re between jobs and over 40, itâ€™s likely better to skip applications to brand new start-ups. Instead, concentrate your job-hunting efforts on larger, more established companies that will truly appreciate the time and knowledge youâ€™ve gained over the course of your career.

At least one US-based senior engineer found out that though this didnâ€™t necessarily get him job offers, shaving a few decades off of his resumÃ© at least got him interviews. At the end of the day, itâ€™s been shown that 100% of job offers are preceded by an interview, so itâ€™s a start. Include any patents you may have, degrees youâ€™ve earned, and your most recent jobs within the last 10-15 years.

In these uncertain times, itâ€™s advisable for everyone to have a â€˜f***-off fundâ€™. This advice isnâ€™t just privy to millennials. If the economy stumbles and you end up between jobs as an older engineer, having the money to move to a new area, update your knowledge, or start your own consultancy could make a significant difference for your lifestyle and your career.

If youâ€™re an older engineer looking for work, don't immediately assume that your skills aren't a good fit for a certain position. Conversely, if youâ€™re a hiring manager looking to fill a position that requires the perfect combination of serious leadership and industry skills, donâ€™t rule out an engineer that might seem outdated on paper.

Where to Go From Here

The answer to the original question this article asks is as follows: Yes, older electrical engineers that qualified some time ago could be at a disadvantage when looking for looking for work. Luckily, there are a few simple steps you can take to make this less of an issue. Staying proactive in your professional development and working knowledge is the foundation for remaining relevant in a constantly evolving industry.