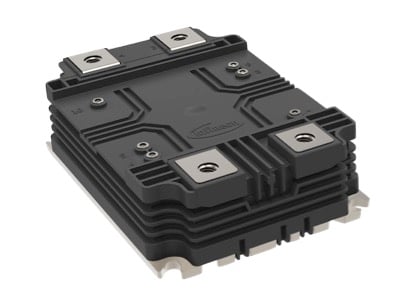 In its 4th April press release, Infineon officially unveiled a performant new member of its IGBT family. Dubbed the XHP3, the 3,3kV dual module is slated to be showcased in May during PCIM 2019.

The XHP3 is notable for its small footprint, high power density, and Infineonâ€™s claims of low stray inductance. Smart component grouping and shortened leads reduce unintended current disruption. The XHP3 is made for high-power applications, thus greater stability is crucial. Commercial applications are particularly sensitive to interruptions: an issue that Infineon is proactively combating. Furthermore, improved switching boosts both reliability and performance.

Though the XHP3 shares identical dimensions with its brother, the XHP2, the XHP3 features a four-terminal design. Accordingly, Infineonâ€™s newest module is symmetrically configured. Two DC terminals lie at each side, playing key roles in the XPH3â€™s half-bridge configuration.

Half-bridge conversion occurs DC-DC and allows for voltage isolationâ€”a key advantage of the newest modules. We say 'modules' because Infineon is offering two isolation classes, 6kV and 10,4kV. Flexibility is the XHP3â€™s calling card, and these variants are optimised for different applications. 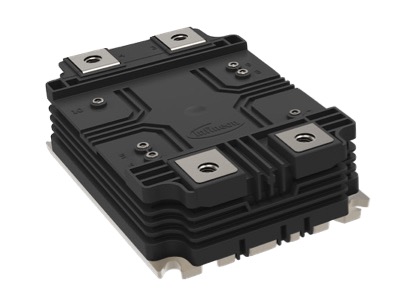 Infineon also designed the XHP3 to be structurally robust. Each unit has an aluminium silicon carbide base, ultrasonic terminal welds, and aluminium-nitride substrates. The latter is crucial.

While the XHP3 includes some impressive innovations, perhaps none are more important than its modularityâ€”Infineon is trying to boost its market share in the IGBT category.

With the addition of the XHP3, the company set out to create devices primed for paralleling. Complex applications have lofty power requirements, and engineers can tether modules to form a capable power platform, often referred to as phase legs. 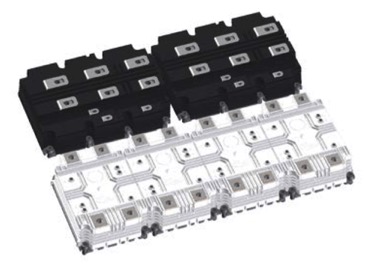 Traditional phase legs are often comprised of two IHV housings. This is standard for many applications, though IHV housings are quite sizeable. A single 3,3kV IHV is equivalent in size to two XHP3 modules. Furthermore, two parallel modules outperform a single IHV.

If revamping your power system using four XHP3s, that equates to a ~17% increase in current density with the same footprint. Accordingly, large-scale projects will require many fewer XHP3 modules to achieve equal-or-better performance.

Since each module is so stable, reliability concerns will be minimised when assembling multiple in parallel.

Infineon explicitly cites improvements for the commercial and traction spaces. Construction and agricultural machinery also stands to benefit. These vehicles operate for long periods under high load, thus requiring an unflappable power source to soldier on. Strenuous operating conditions generate heat, something the XHP3 is adept at controlling.

As the world continues to transition to renewable energy, these IGBT modules will fill a key role in powering both solar panels and wind turbines. The XHP3 is efficient in itself, making this a perfect pairing both technically and philosophically.

Electrical drives play key roles in keeping manufacturing processes efficient. These drives rely on a steady supply of voltage, something which the XHP3 is designed to provide. Such drives fall into two categories: positionally-controlled machines and fluid-displacement applications.

Such electrical flow processes may or may not require some method of regeneration. If not required, half-bridge modules like the XHP3 excel. If regeneration is required, systems can be built around an IGBT configuration.

This is true for both high and lower power ranges, which can use multiple modules or singular, discrete XHP3 modules. Infineonâ€™s baked-in TRENCHSTOP 5 technology provides multiple switching frequencies to account for varied applications.

Traditionally, industrial power control and power management and multimarket have been leading profit categories for Infineon.

As the company expands its collection of power control modules with the XHP3, we can only anticipate continued growth year over year. Infineon has typically gained ground over competitors thanks to its dominance in the manufacturing and traction categories.

The XHP3 looks to drive continued success over market players like Texas Instruments and STMicroelectronics. With a scalable design that raises the bar for efficiency, we expect companies to choose the XHP3 for commercial and industrial applications.