Innovation in Energy Storage is Fuelling the Green Revolution

Innovation in Energy Storage is Fuelling the Green Revolution 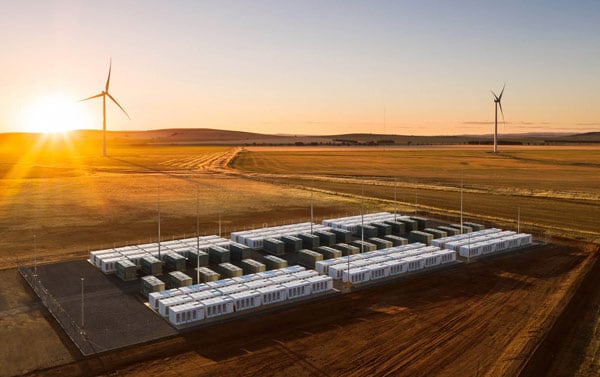 The green revolution and the move to adopt more eco-friendly power generation techniques on a large scale has led to a boom in novel electrical energy storage methods.

Finding ways around the age-old renewable energy conundrum to provide a large, steady source of power has led engineers to come up with a huge range of innovative new ideas. 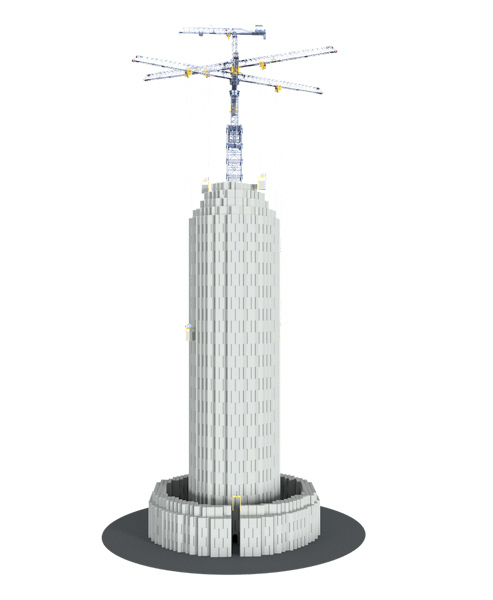 Saving electricity with the use of capacitors and batteries is becoming quite passÃ©. Many novel energy storage schemes have chosen to use kinetic energy instead. Schemes range from the well-established projectsâ€”like pumped-storage hydropower station Electric Mountain in North Walesâ€”down to the up-and-coming technologies, such as Swiss start-up Energy Vaultâ€™s concrete block tower system (pictured above).

Gravity isnâ€™t the only method used for storing electricity. Human innovation has led to storage projects with all sorts of foundations. Letâ€™s take a look at some of the methods used.

Batteries arenâ€™t a new thing by any means, of course, and advances in battery technology are changing the face of battery power storage. Tesla, for instance, has a 100MW Lithium-ion battery farm in southern Australia, making it the biggest Li-ion battery in the world.

Teslaâ€™s big battery (pictured above) has been running for two years, and after a year had already made back 30% of its overall cost. Tesla have also launched the Powerwall, a residential-scale project, where homeowners install solar panels and a slimline lithium battery to make solar power available even when the sun is down. The trouble is, lithium is relatively rare, making large-scale adoption of such technology an impossibility.

However, all is not lost. Developments in flow battery design mean weâ€™re now able to build battery banks to a scale that makes grid-level power storage possible on a large scale. Vanadium-flow batteries use the more common element, vanadium, to create batteries that last longer and are safer than their lithium cousins.

Each flow battery pumps an electrolyte fluid past its electrode to speed up its charging and discharging process. Using the multiple valence states of vanadium salts dissolved in an electrolyte, V-flow batteries last for over 20 years without degrading. 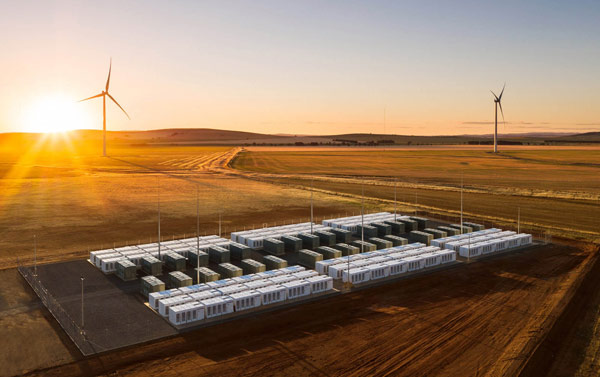 Like batteries, some kinetic power storage methods have been around for a while. Flywheels, for example, are already used in some places to store power at the trackside for electric trains. Pumped hydropower is also based on potential and kinetic energy.

Flywheels have come a long way since they were first developed. Now often cylindrical rather than wheel-shaped, Schwungrad Energie has a hybrid flywheel test project in Ireland thatâ€™s meeting all hopes and expectations.

Potential energy is the underlying method behind many innovative new power storage methods. The aforementioned concrete block and crane arrangement from Energy Vault is set to be built as a test installation soon.

Using 35-tonne blocks to build a tower and then slowly dismantle it to store power, current designs can store up to 80MWh per tower.

A similar project in the U.S. uses concrete-filled trains on rails to store energy. The Advanced Rail Energy Storage (ARES) installation in Nevada has had approval to go ahead, and should be built in Nevada soon. By pushing concrete blocks on trains up a slope, potential energy is generated, which can then be recovered on the down-slope.

(One thing that is particularly attractive about the ARES design is that users could perhaps push the trains up the slopes with almost any source of energy. With enough pulleys you could even, hypothetically, use horses.) 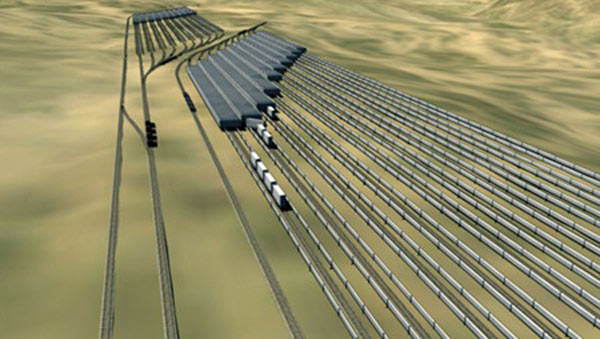 In what is perhaps one of the most interesting new methods for storing power, cryogenic batteriesâ€”which use stored compressed air as a reservoir of powerâ€”are one of the latest types of storage to get to the trial stage. Air is cooled to the point of liquefaction, ultimately allowing that liquified air to expand to turn turbines and produce electricity.

Currently, UK-based Highview Power plans to convert an old thermal power station in favour of using the cryogenic technology. The resultant test installation should be able to produce 50MW and store 250MWhâ â€”so watch this space!

Isothermal compressed gas storage recovers the heat lost in the initial compression cycles, and uses mechanical compression in tandem with refrigeration to make the compression cycle more efficient. That heat is then added back in to the expanding gas at the other end of the cycle, reducing the need for external heat sources.

Thermal energy storage also has a lot of potential. Molten salt technology, for instance, is exactly what it sounds like. There are also schemes that store heat in tanks underground. As yet, most thermal storage experience involves storing heat to be used in industrial processes, rather than for general power generation. Of course, thereâ€™s no reason why this has to remain the case.

Looking to the Future of Energy

Given the importance of renewable energy in supplying power to tomorrowâ€™s world, we will continue to see the development of new energy storage methods. The one that will end up becoming the most popular remains to be seen.

If youâ€™re an engineer with an idea of how to tackle this problem, thereâ€™s plenty of interest and funding out there for your plans. Why not take the time to try and develop your storage method? Future society may one day thank you.