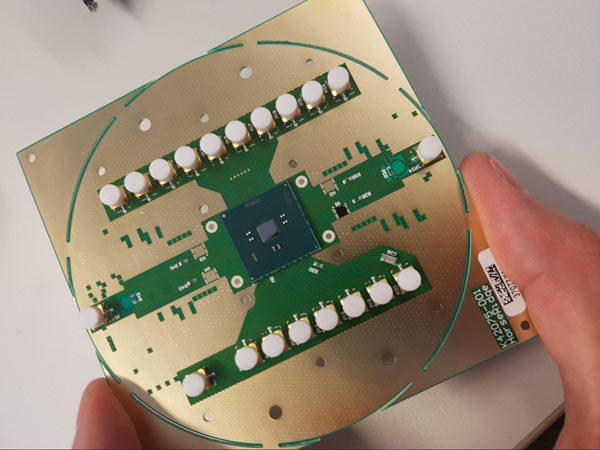 During the last couple of years, corporations in collaboration with researchers have been working in the field of quantum computing. Notable examples are IBM Quantum, Microsoft’s Azure Quantum, and Google’s Sycamore, to name just a few. The category also includes Intel’s partnership with QuTech in their research and development into quantum computer control circuitry.

Back in February, Intel revealed its milestone advancement, a chip called â€˜Horse Ridgeâ€™, which is a cryogenic control unit designed to combat the fundamental quantum physics challengesâ€”and in doing so, develop a viable quantum computing system.

Unlike classical semiconductor computers, which use voltage levels that represent bits to store information as either a zero or a one (which is of course part of traditional binary computing), quantum computers use particle spin, which represents quantum bits (qubits)â€”which can be both a zero and a one at the same time.

From many peopleâ€™s perspectives, it seems very confusing that a particle can represent two values at the same time, and in fact, it may even seem counterproductive in a classical computing sense. However, in reality, the duality of qubits gives quantum computers a major advantage that can allow for the simultaneous computation of complex problems.

Nevertheless, on a quantum computer, the running of regular tasks (such as web browsers, office software, or games) would probably perform on par with (or even worse than) a classical semiconductor computer. The real advantage of using a quantum computer for computations comes in the area of modelling and simulation.

For example, consider the challenge of simulating the properties of individual molecules that are from a database of thousands of other molecules: to do so would require searching for a specific parameter that can take years, even if the process utilises one of the worldâ€™s most powerful supercomputers. This is just one processing task that can take far less time (it can be shortened to just hours or even minutes) when utilising the properties of quantum computing and mechanics, i.e. running parallel computations on a qubit processor. 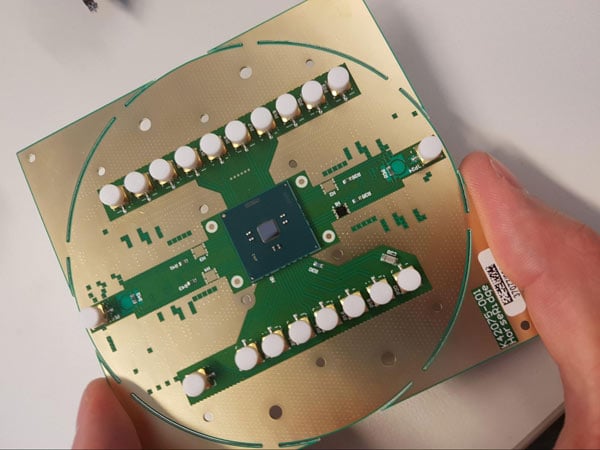 The Horse Ridge chip (centre of photo), which is installed on a board ready for use. Image Credit: QuTech.

Currently, the operation of quantum computers demands quite a significant infrastructure. Because they function on the principles of quantum mechanics as opposed to discrete logic, they need to be operated at near absolute zero temperatures, and this requires extensive shielding from even the smallest source of interference.

Moreover, further complications arise because engineers need to connect each qubit through a wire, and a quantum computer that has any practical use would need millions of these connected qubitsâ€”each one wired up to a control system. Fabio Sebastiano, one of the developers of the Horse Ridge chip (which is pictured above), compared this task to taking a 12-megapixel phone camera and trying to individually connect each pixel to a control circuit.

Offering a solution to the above problem, the Horse Ridge chip is designed to simplify the infrastructure necessary to set up a quantum processor. The integrated circuit is no quantum computer in itself; rather, itâ€™s a system-on-chip designed for scalability and ease of use.

The integrated circuit, or IC, inside the Horse Ridge is manufactured on a 4 mmÂ² silicone board using the latest Intel FinFET 22-nanometre CMOS (complementary metal-oxide-semiconductor) technology with 180 kilobytes of integrated SRAM. The IC is paired with four integrated radio-frequency channels. By using a frequency multiplexing technique, each of these RF channels can individually control 32 qubits, making the total amount of controllable qubits 128 per Horse Ridge unit. 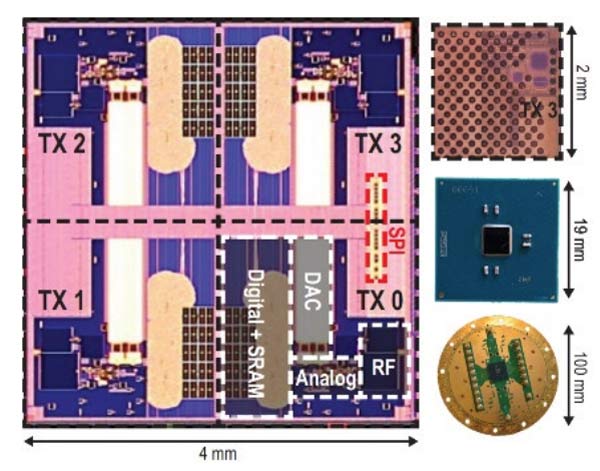 The silicone die of the Horse Ridge chip, the integrated circuit of the chip, and the board that it mounts to. Image Credit: Intel.

The Horse Ridge chipâ€™s above-mentioned advancements eliminate a large portion of the infrastructure and other demands required to operate a fully-fledged quantum computer. For instance, it removes the need for the hundreds of thousands of wires that must go in and out of a quantum computerâ€™s cooling and shielding chamber. Since quantum computers arenâ€™t mass-produced, simplifying their infrastructure means saving a lot of time on both their design and setup, and on top of this, it also saves manufacturers millions of dollars on developing specialised elements for the operation and control of the required system.

Such design innovation also targets scalability. While traditional designs require a whole room full of circuitry and cables to operate just a handful of qubits, using a system-on-chip such as the Horse Ridge IC would give researchers the potential to scale quantum computers. This is to the point of being able to control hundreds (or even thousands) of qubits in just one deviceâ€”without losing fidelity or needing to develop a massive and impractical infrastructure.

The Horse Ridge chip is also flexible because it can operate with multiple types of qubits working on different frequencies. This includes both spin qubits, which are based on the spin of the particle (of which â€™spin upâ€™ equals one, and â€˜spin downâ€™ equals zero); and transmon qubits, which are a type of superconducting qubit based on the charge of the particle. (Spin and transmon qubits operate at 13 to 20gHz and 6 to 7gHz respectively.)

A graphic representation of a qubit, alongside â€˜1â€™s and â€˜0â€™s, which are in reference to binary computing and spintronics. Image Credit: Freepik.

The Question of Commercial Quantum Computing

While the above-mentioned breakthroughs of the Horse Ridge chip may not mean that we will have a quantum computer in our homes any time soon, what it does mean is that scientists in other fields will, in the next couple of years, be able to afford the time and finances for other types of research without needing to have the knowhow of quantum computersâ€™ inner workings and development demands.

This is why the manufacture of the Horse Ridge IC mainly impacts specialised areas, such as research facilities, institutes, universities, and of course various other organisations whose workloads also require massive computational power.

As covered before, although quantum computers will not really give an advantage to playing the latest video game or writing the next sales report, they will allow for fast simulation and time cuts to prototyping. Having that advantage provided by a commercially available device would, most importantly, give major benefits to the pharmaceutical and material science industriesâ€”ultimately cutting years off their R&D times.

In fact, just in the pharmaceutical field alone, the value of quantum computing is likely to create a massive boom in medication and vaccine development. In the material science area, quantum computers may well help scientists to develop the materials required to replace semiconductor computing with carbon-based computing, photonic computing, nanomagnetic logic computing, or perhaps even other materials that are (as yet) undiscovered.

The Overall Implications of the Horse Ridge Chip

Even following the revolutionary developments of the Horse Ridge integrated circuit, our access to truly practical quantum computers is still a long road ahead. However, Intelâ€™s IC is a potential next step on that road: one that will lead to millions of qubits controlled on one system that could solve important global problems.

While it is too early to say when (or even whether) advanced quantum devices will ever be available for mass-market consumption, we may well enjoy their benefits in the coming years. In fact, researchers are already considering whether quantum computing could set the stage for the next industrial revolution: one that is on parâ€”or even greater thanâ€”the development of semiconductor computing and the internet itself.