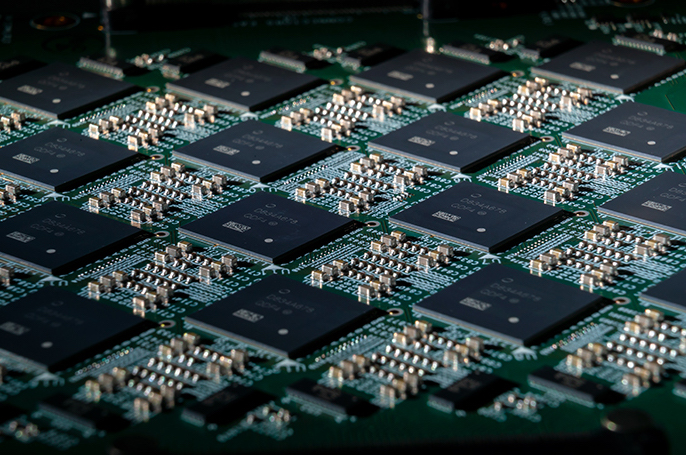 Intel’s second AI-powered chip, the Pohoiki Beach, is able to process data up to 1,000 times faster than a general-purpose CPU. The company announced the chip at the DARPA Electronics Resurgence Initiative Summit event in Detroit in July of 2019.

The Pohoiki Beach chip is a composite neuromorphic system built from 64 Loihi chips, andâ€”being neuromorphicâ€”its architecture is crafted using the human brain as a model.

Intel believes that neuromorphic computing could be a solution to this issue. The chip-maker said that by advancing research in this field, it would be possible to exponentially increase traditional computing capabilities and open up possibilities for future computing applications.

This claim is supported by the Pohoiki Beach being able, not only to process information up to 1,000 times faster than traditional CPUs, but also provide an efficiency factor factor up to 10,000.

â€œEven better, as we scale the network up by 50 times, Loihi maintains real-time performance results and uses only 30% more power, whereas the IoT hardware uses 500% more power and is no longer real-time,â€ he added. 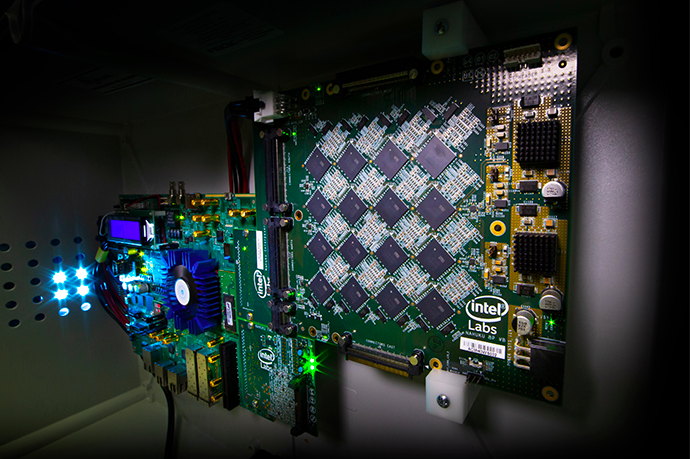 The Pohoiki Beach will allow researchers to scale up new neural-inspired algorithms, particularly those using technologies such as simultaneous localisation and mapping (SLAM), sparse coding and path planning.

Intel also specified that another key feature of their latest chip is its low-consumption capability. The chip-maker benchmarked the Loihi-run network and found it to be as accurate than a widely-used CPU-run SLAM method for mobile robots, while consuming 100 times less energy.

Building on The Loihi

As mentioned above in this article, The Pohoiki Beach is based on Intelâ€™s first neuromorphic research chip, the Loihi, which the company released in 2017.

While the Loihi consists of 130,000 neuron analogues, the Pohoiki Beach scales that result by up to 8 million neurons, showing the remarkable raw computational power of the new neural network.

To foster further research in this field, in March 2018, Intel established the Intel Neuromorphic Research Community (INRC), with the goal of tackling the challenges that face the adoption of neuromorphic architectures for mainstream computing applications.

In the last 2 years, 50 projects have been selected and developed as part of the INRC. The companies involved received access to Intelâ€™s Loihi neuromorphic research chip and software through a USB device, and were invited to share results and insights with the community. 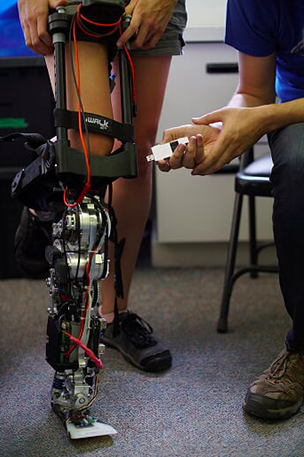 Researchers at Caltechâ€™s AMBER Lab and Canadaâ€™s National Research Council are working to control the AMPRO3 prosthetic leg with Intelâ€™s Kapoho Bay Loihi device (both pictured). This is so that the leg can better adapt to unforeseen kinematic disturbances while walking. Image courtesy of Intel.

The new chip would be ideal for specific compute-intensive applications, such as sparse coding, graph search, and constraint-satisfaction.

Looking at real-world usage, this technology could improve the performance of a powered robotic prosthetic leg (for example, helping it deal with uneven ground) or improving the whole area of self-driving cars by enabling them to read maps more accurately.

Among Intelâ€™s experiments with the Pohoiki Beach are also the automation of a football table with neuromorphic sensing and control (see below image), as well as the facilitation of tactile input for the skin of an iCub robot. 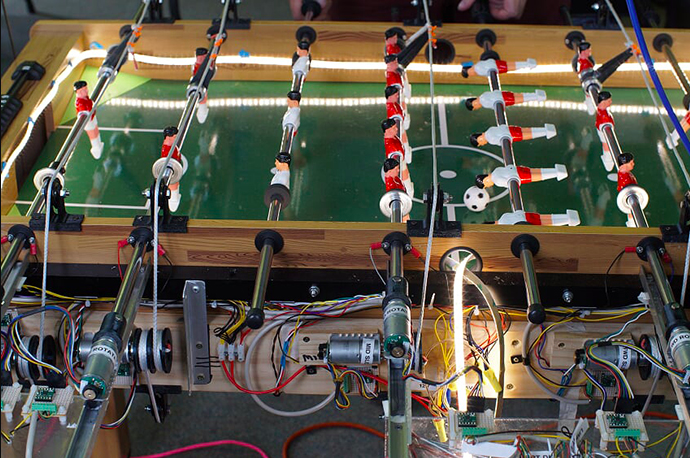 The Pohoiki Beach is currently an 8 million-strong neuron system, but together with the release of the new chip, Intel said they are looking at scaling up these results to 100 million neurons before the end of 2019.

The company expects that these future research systems will provide measurable results that highlight the gains that are not only achievable with neuromorphic computing methods, but also clarify the best uses for the technologyâ€”effectively paving the way for the possible commercialisation of neuromorphic systems.

â€œLater this year, Intel will introduce an even larger Loihi system named Pohoiki Springs,â€ the company said, â€œwhich will build on the Pohoiki Beach architecture to deliver an unprecedented level of performance and efficiency for scaled-up neuromorphic workloads.â€