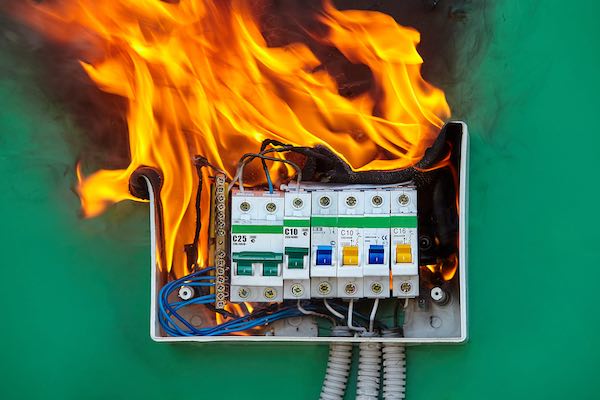 The following are just some of the benefits of intrinsic safety (IS) in electrical applications: 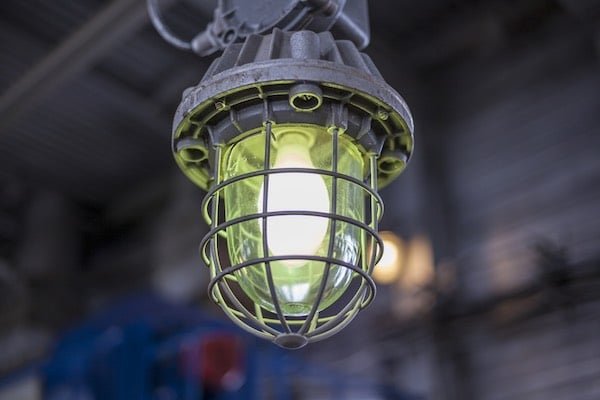 The Main Difference Between Intrinsically Safe and Explosion-Proof

While IS and explosion-proofing are both utilised in potentially hazardous locations, there are some distinctions between the two techniques. An â€˜intrinsically safeâ€™ system is incapable of causing an explosion due to insufficient energy levels, while an explosion-proof material protects an electrical system from damage if an explosion were to occur (example pictured above).

Explosion-proofing involves the confinement of electrical apparatus in an enclosure capable of withstanding an explosion. Explosion-proof materials include steel, aluminium-copper alloys, and galvanised metal.

There are two main techniques for ensuring IS in potentially explosive environments: one involves using intrinsically safe equipment and the other involves intrinsically safe design (particularly the use of Zener and isolation barriers). Weâ€™ll focus on the former and latter techniques in the next two subsections.

Sometimes, it is absolutely necessary to operate electrical equipment in hazardous areas. In such cases, electrical engineers must use only IS-certified equipment. IS equipment covers electronic devices and/or wiring that carry insufficient electrical energy to cause sparks or heating effects that could otherwise trigger combustion in hazardous zones.

Generally, the maximum power present in IS equipment is below 1.3W. Some examples of equipment suitable for use in explosive environments include thermocouple thermometers, temperature and humidity data loggers, and pulse radar level transmitters. These are respectively:

A major downside of using intrinsically safe equipment is that it does not cover common industrial equipment, such as motors, lighting, and heating elements. As these are prone to sparks, short-circuits, and overheating, they must be used outside of the relevant hazardous area(s). 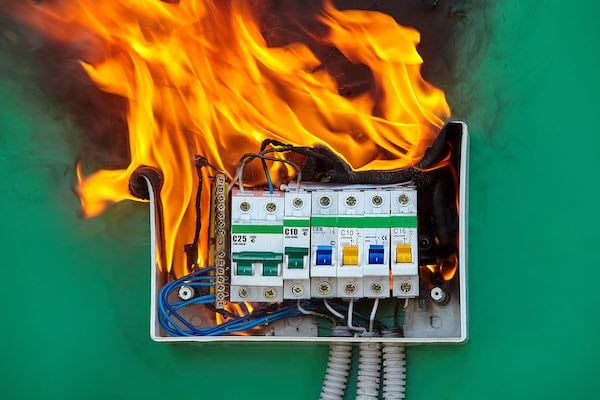 There is no understating the importance of intrinsic safety in fire prevention. Pictured: a short-circuited circuit breaker causes an electric fire.

Intrinsic safety barriers are electric circuits designed to protect electronic devices and equipment in combustible environments, namely by serving as a protective â€˜interfaceâ€™ between the given field devices and hazardous zone(s).

IS barriers contain passive components that help to prevent inadvertent combustion, specifically by limiting the deviceâ€™s current and voltage to safe levels. There are two main types: Zener barriers and isolation barriers. Letâ€™s take a closer look at these barriers below.

Also known as grounded barriers, Zener barriers consist of a Zener diode, an output resistor, a fuse, and a ground connection. They are cost-effective solutions for zones 0, 1, and 2 protection.

The Zener diode functions as a voltage clamping device, which diverts overcurrent to an IS ground during a fault, while the resistor limits output current to safe levels. The fuse provides additional protection to prevent overcurrent by opening the circuit where the primary protection (Zener diode) fails.

Isolation barriers utilise galvanic isolation to protect electrical apparatus from harmful levels of current and voltage within flammable environments. This is while permitting signal transmission to and from the field device. Isolation barriers are ideal for use with instrumentation and control devices, such as solenoids, NAMUR sensors, and transmitters.

The Basis for Selecting an IS Barrier for Electrical Applications

Zener barriers come in smaller footprints and are cheaper to install and replace compared to isolation barriers. They must be designed with an intrinsically safe ground, which helps to minimise leakage.

It is good practice to periodically check (when the system is turned off) that the resistance of the ground is below 1â„¦. Zener barriers are ideal for protecting process automation systems in hazardous industries, such as chemical processing plants. The main drawback to using Zener barriers is that they are non-reusable: the entire system must be replaced if the protective fuse fails.

Unlike Zener barriers, isolation barriers do not require an IS ground, and can be reused after a fault. However, they are usually more expensive to install and maintain. Isolation barriers are ideal for protecting transmitters, thermocouples, solenoids, and more in explosive environments (like oil and gas production platforms, chemical processing plants, and food and beverage plants).

Depending on the application and space constraints, isolation barriers can be easily mounted on DIN rails in equipment cabinet racks (alongside other electrical components) or directly onto termination boards. 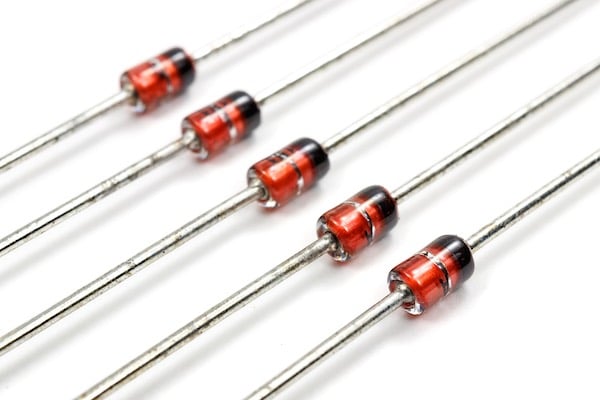 The Overall Importance of Intrinsic Safety

Electrical fire is one of the most prevalent hazards at industrial facilities. Left unmitigated, fire hazards can result in damaged equipment and even fatalities.

For any fire to occur, three elements (consider the fire triangle) must be present simultaneously: fuel, oxygen, and a source of ignition, such as of course heat, or an electric spark).

Typical fire prevention measures require the engineer to ensure that these elements are kept separate at all times. Intrinsic safety techniques, on the other hand, ensure that electric circuits carry insufficient electrical energy to trigger combustion in any scenario.