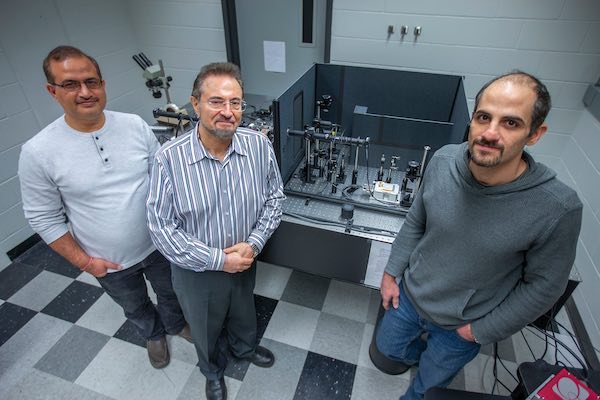 Researchers from Iowa State University have developed a method that utilizes nanoscale sensors to build images and measurements of the stresses and strains placed on materials under high pressure.

Publishing their research in the journal Science in early January, the Iowa State University (ISU) researchers detailed how they developed a new nanoscale sensor technology capable of measuring the impact of stress placed on materials under high pressure.

The technology is able to measure stress at an unprecedented level of detail and is said to be potentially instrumental in the development of new materials that will be used and applied in a wide range of industries and fields.

Imaging and Measuring Stresses and Strains

As reported by the research team in Science, the ability to image and measure stresses and strains placed on materials is important because, "Pressure alters the physical, chemical and electronic properties of matter."

If researchers, engineers, and designers are able to understand how certain materials change and behave under pressure, new materials and phases of matter could be discovered and/or developed. These could then be used in a wide range of technologies and applications, said Valery Levitas, one of the paperâ€™s co-authors and Anson Marston Distinguished Professor in Engineering at ISU.

Levitas - whose lab specializes in experimental testing and computational modeling of high-pressure sciences â€“ added that said the new sensing technology could also advance high-pressure studies in other scientific fields.

Until now, high-pressure science has not been able to measure all six of these stresses simultaneously. This is caused by the logistical issues faced by attempting to measure them all under high pressure. To solve this, the research team came up with an ingenious solution -- to insert a series of nanoscale sensors called nitrogen-vacancy â€˜color centersâ€™ into diamonds. 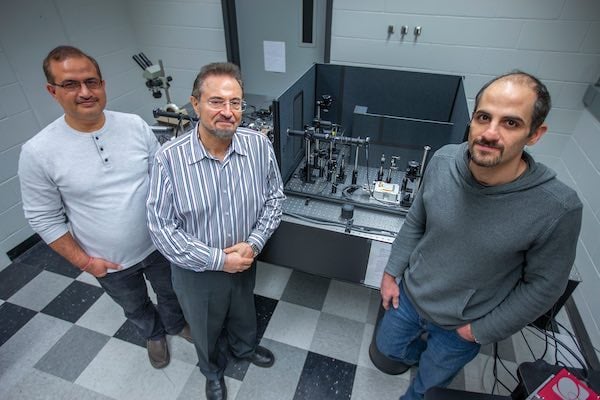 Using these diamonds, which are characteristically strong, large amounts of pressure were exerted on tiny material samples. This was achieved by sandwiching the material samples between two of the diamonds. By doing this, the ISU researchers were able to determine changes in pressure and volume, and the sensors used within the diamonds fed back data about the impact of the pressure on the materialâ€™s characteristics.

The researchersâ€™ new system allows them to image, measure, and calculate six different stresses. This is a more realistic measure of the effects that high pressures have on materials. The system also allows researchers to measure changes in a materialâ€™s magnetism.

"This has been one of the key problems in high-pressure science," Levitas said. "We need to measure all six of these stresses across a diamond and sample. But it's hard to measure all of them under high pressure."

It was noted in their research paper that the sensor enables, "pursuit of two complementary objectives in high-pressure science: understanding the strength and failure of materials under pressure (e.g., the brittle-ductile transition) and discovering and characterizing exotic phases of matter (e.g., pressure-stabilized high-temperature superconductors),"

This is because the new sensors created by the ICU team facilitate the investigation of the strength of materials under high pressure, as well as enabling the potential discovery and characterization of new phases of matter. This opens up new avenues of research, with potentially a large range of experiments now possible due to the newfound ability to quantitively image, measure, and characterize materials under extreme conditions.