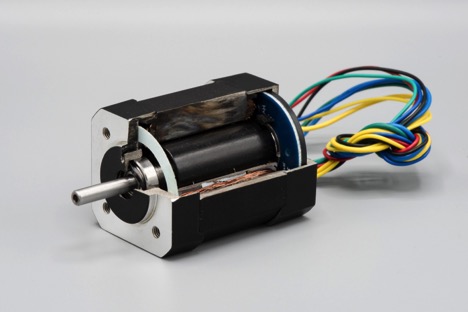 DC motors are among the simplest yet most useful electrical components available.

Theyâ€™re also one of the oldest, following Davyâ€™s incandescent light by only 30 years in 1832. But unlike inefficient, costly incandescent bulbs which became illegal to sell anywhere in the European Union in 2012, DC motors are ubiquitous, environmentally-friendly, and an essential component of dozens of consumer and industrial appliances.

Put simply, a DC motor is a machine that transforms electrical energy into mechanical energy, which can be used to turn wheels, gears, and produce change, and although the basic design has remained unchanged since the early 19th century, myriad refinements and improvements have made the technology more efficient and effective.

Electric motors rely on magnets and use magnetism to create motion. In a brushed DC motor, permanent magnets surround a spinning armature containing an electromagnet. A current passing through the electromagnet, causing the armature to rotate. Spring-loaded brushes allow the electromagnet to maintain contact with the power source while it is rotating, without the need for permanent wiring, which would quickly become tangled. The brushes, however, eventually degrade due to constant friction, winding issues, and sparking.

Brushless motors are a more recent invention and make the process more reliable, more efficient, and less noisy. They are also lighter, while delivering the same power output, and there are no brushes to wear out. In brushless motors, a stationary ring of electromagnetic coils is energised sequentially, causing a shell of permanent magnets to rotate around it. Electronic controllers are used to program the order in which the coils are energised. 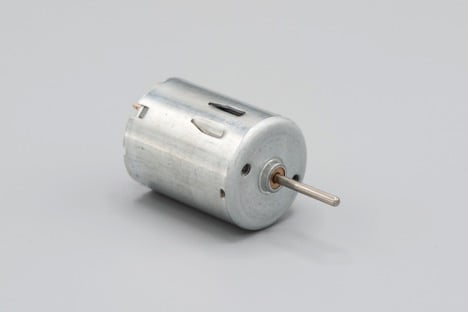 ISL Products International has been a manufacturer of electronic and electromechanical components since 1975 and is headquartered in New York, with factories and offices around the world. It supplies standard 'off-the-shelf' components and 'value-added' components, where customers can specify and customise items, including of course motorsâ€”two of which, as discussed, are brushed and brushless.

So the question arises: which motor is right for you?

Brushed motors from ISL have the advantages of being low cost, instantly compatible with most applications across industry, and are extremely durable. Their simple design means that they require only basic motor controllers, and in many cases, can be used without one. ISL distinguishes itself from the rest of the market by recognising that often, a one size fits all approach is not the best solution, and the company allows customers to specify their motors down to the smallest detail. Among other options, buyers can choose the brush material, bearing type, shaft material, the power characteristics including power, current, and torque, physical dimensions, and connectors. Brushed DC motors from ISL are most suited for installation in ATMs, vehicles, and consumer electronics.

ISLâ€™s brushless offerings are suited to applications where the speed and power delivered by the motor will be varied, and they rely on an electronic controller to accomplish this. Typically low maintenance, low noise, and compact, brushless ISL motors are employed in precise industrial, medical and commercial applications such as drones, printers, copiers, and robotics. As with all ISL products, the brushless DC motors are highly customisable, and engineers are able to advise customers on the best solution for specific problems and applications.