Earlier in March, Electronics Point published the first part of its interview with Jon Hawkins about his experience in engineering. In this second part, the director of PCB specialists Newbury Innovation discusses the field further still, as EP writer Sam Holland asks for his views on industry at large—starting with the controversial skills gap. 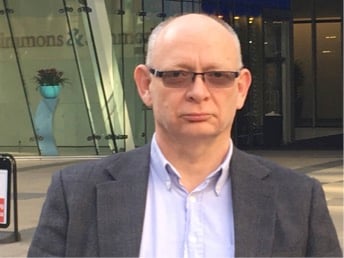 The below Q&A covers Jonâ€™s discussion of the engineering field and Newbury Group. If youâ€™d like to first catch up on Jonâ€™s industry background, check out the first half of this interview (published earlier this March).

Sam Holland: What do you think our education system is doing in the way of the engineering skills gap? Do you feel like people are being welcomed into the industry properly, or do you think thereâ€™s not enough being done?

In fact, this may sound a bit cynical, but I'll speak my mind based on experience: what tends to happen with engineering is a lot of people do the relevant engineering courses, and then they go into industry; but the ones that are perhaps not very ambitious will stay there and quite frankly not really have very inspiring careers. Most of these types will just become engineers, and this is why I blame industry, because industry (particularly at the large scale) has a tendency to put them in the ivory towers: â€œDon't you bother yourself too much about customers and money and things like thatâ€”that's a little bit beyond you; you just do your technical stuff", seems to be the attitude.

And the trouble with that is it's a self-fulfilling prophecy. It creates exactly the kind of people that those high up in the industry wish to avoid: loose cannons. Engineers have a bit of a reputation for going to commercial meetings, and so on, and saying something that frightens away clients. So that's why there's the paranoia about engineers, but it's self-fulfilling: they behave like that when you lock them in ivory towers.

There's a minorityâ€”and it is a minorityâ€”of junior engineers who settle for such an environment; but of course, most of the people who go into it are not unambitious: they're driven youngsters and they very quickly determine that it's not the place to be for them. 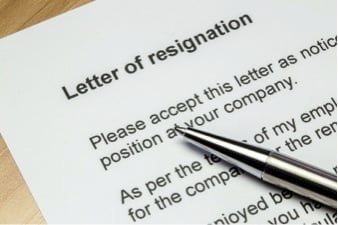 So what happens is they branch out into other things: finance, sales, and so on. Although I canâ€™t cite stats to this effect, I think you'll find that in a lot of successful startupsâ€”the-5-to-10-million turnover companiesâ€”are started by engineers. I'm convinced it's because what happens is the engineers go into it and see that they're being treated like the poor relation.

And of course the ambitious engineers say, â€œI'm not having this; I need to find something elseâ€. So they move on, and it means that, when it comes to tapping engineering, it's all about young bloodâ€”and also recognising that the good ones will be motivated to move on. So industry needs to be constantly taking new, young blood; and getting new engineers as the old ones move onâ€”because they will move on if or when they know it's not a sufficient career path. So I would level more industry itself than education in terms of the skills gap.

SH: Off the back of that, what advice would you give to people considering a career in engineering?

JH: Look beyond it. So think about what you're going to do for your entire career. Itâ€™s worth mentioning here that there are exceptions to what I've just said [above]. Of course, if you become a national expert in some field of engineering, then that's a bit different; or maybe if you go to the PHD-level and so on, where you're writing papers in the research establishment. That might be different. But I think it's quite important for youngsters to think beyond that first job. And I don't think many do.

I believe that they think, â€œWell, weâ€™re doing our degree and we just need to get an appropriate jobâ€. And they're not asking themselves, â€œWhat do I want in 10 years? Where do I see myself when I'm 30?â€. And my advice would be to those who are ambitious enough: see yourself at 30 running a business.

So I think youngsters could maybe do with a bit of advice and have the opportunity to talk to people such as me; but not just like me obviously: a range of people with varying views. 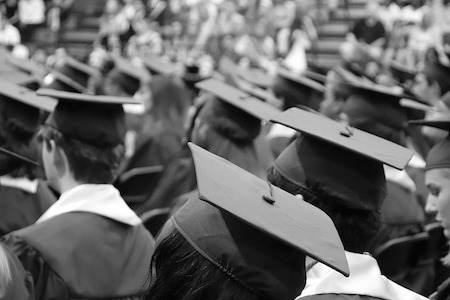 They should be thinking about where they want to be and what they essentially are. It was once said to me by a management lecturer, and the words have never left me: â€œYou don't really settle until you're about 40â€. At the time, I was in my 20s, and it didn't really gel with me; but I've remembered it since, as I think theyâ€™re wise words.

Ultimately, my advice would be to a young person interested in engineering: think about where you feel you would be satisfied if you reached the end of your career. And that's the pinnacle of it.

SH: At this point, I'd like to ask is if there's anything you would like to add?

JH: I think there is one thing: over the last five years or so I've been constantly recruiting, hence my passion for this topic in general, and I have to say something which universities probably won't like. I think it goes back to politics really, but I think the university system has been damaged, so itâ€™s all very difficult in terms of recruiting.

Because in my experience I had to sweat blood at my polytechnic, and I learnt a hell of a lotâ€”because if you didn't reach the standard, you were just thrown off the course. The number of first-year students dropped from over 100 to only 50ish by the second year. Now that may sound brutal, but there have to be standards, because what's happened since is we've had two years with a large payment for no gain.

In other words, the biggest problem to me is that the students have to pay for their courses, and I don't think that itâ€™s doing education any good, because it's removed this setting of standards: nowadays, students may fail a year, but the line of thought is that, because they've paid Â£9,000 for that year, they can't just chuck them off. And so the education system goes to inordinate ends to keep square pegs in round holes, and that's not doing the students any good, and it's not doing us any good. 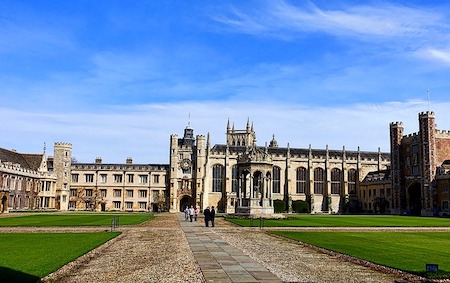 Having interviewed literally hundreds of students from lots of universities across the country, there is sometimes a pitiful lack of industry knowledge, not just at the practical levels, but the theoretical levels as well.

So anyway, I found my way out of this recruitment problem; after all, I needed to find engineers that I could use. And what I learnt was that thereâ€™s no use just sitting here in advertising and waiting for the students to come to you as the employer: you've got to get in with the universities, which is what I've done. I got in with Bath University: I give guest lectures there, and Iâ€™m involved with their electric car racing team who design an electric car each year. And as a result, I get to sort the wheat from the chaff so to speak. I get very good engineers.

SH: What are some of the principal responsibilities in your current position?

JH: Well, there are the financial ones obviously: making sure that we're clearing enough; plus the management of peopleâ€”I personally manage mostly engineers, alongside the administrative staff on a smaller level.

Then thereâ€™s dealing with relationships outside of the business. That's key. While I suppose you could put that all under the hat of sales, itâ€™s about suppliers as well as everything else: ultimately itâ€™s about making sure you keep the external dynamics running smoothly.

What I find is that, as you get a bit older, and you get deeper into senior management, your priorities become more about people rather than things. So it's all about either managing people or dealing with people.

SH: On a closing note, please tell me more about the groupâ€”Newbury Electronics and Newbury Innovationâ€”and your position within it.

JH: Okay, well I'll probably give you a little history first. Newbury Electronics started just after the Second World War, and it originally just made PCBs; but around 25 years ago it started doing assembling, and itâ€™s when you do those two aspects that things just grow. So Newbury has prospered with its manufacturing.

There's also recently, in about the last five years or so, been millions of pounds worth of investment in equipment. So from a manufacturing point of view, Newbury punches in the heavyweight division, I think. After all, even though it's one of the smaller companies, itâ€™s pretty modern and well invested-in. 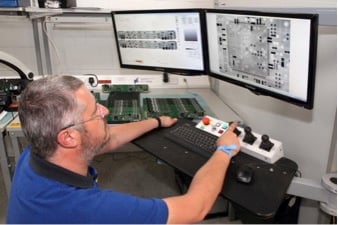 Here Iâ€™ll move on from the topic of manufacturing to design, because of course when you manufacture you tend to bump into design projectsâ€”that's just the nature of the beast: consider people who have a product of interest, but it doesn't work and then they're desperate and they need to find design engineers. So when this happened about 10 years ago, what Newbury used to do was use consultants; and I was one of them, which is how my permanent connection with the company came about. I was doing consultancy electronics design work, and I found that all the projects were coming to me. Eventually, the owner pulled me to one side and suggested that I consider a more permanent role.

So I agreed, and it was a good thing because Newbury Electronics and Newbury Innovation have continued to grow. And while it started off with just me, I now have 6 engineersâ€”I would have more, but it comes back to that problem discussed earlier about finding the appropriate people. So that's how the R&D site started, which was about five years ago.

And it's great: I now have engineers working for me, and I have, I suppose about a quarter of a million poundsâ€™ worth of equipment. There wasn't a problem with investing in pukka equipment.

That's really the history of it, particularly in the R&D side. I've grown this myself and we look at all projects from all industries really, so engineers are joining usâ€”not only to deal with clients, production, sales, and everybody elseâ€”but also to deal with a wide range of technologies, so it's quite an appealing thing for a young engineer to get into. As you mentioned, John Rowley was appointed MD for the group, i.e. both Newbury Innovation and Newbury Electronics, late 2018; and so while itâ€™s early days, he's obviously got plans with all this investment that's been doneâ€”and I think, for Newbury as a group, the world is its oyster.

Thank you to Jon Hawkins for voicing his views on both industry at large, and Newbury Groupâ€”plus of course the more personal side of his engineering experience, published earlier this month in the first half of our interview. The contract electronics manufacturing group, comprising Newbury Electronics and Newbury Innovation, are surely set to prosper further still under his, and the new group MD John Rowleyâ€™s, leadership. And itâ€™s with this in mind that we wish NE and NI their continued success.