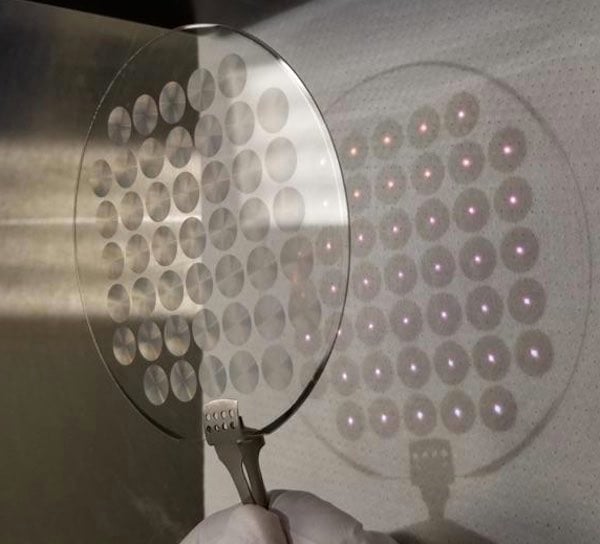 Harvard researchers have developed a mass-producible, centimeter-scale metalens for VR, imaging, cameras, microscopy, displays, and virtually anything else that uses focused light.

Metalenses are flat surfaces that use nanostructures to focus light, and some believe that they may revolutionize everything from cameras to displays and microscopy to VR.

Thus far, however, most of these lenses have been the size of a piece of glitter, and while lenses of this size work well for some applications, much larger lenses are needed for low-light imaging applications such as VR applications and onboard satellites. 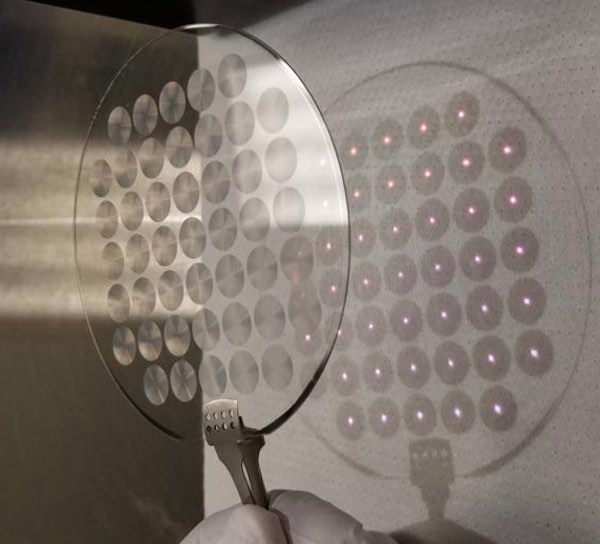 A Centimeter-Scale Metalens from Harvard Researchers

Now, according to recently published research in Nano Letters, researchers at the Harvard John A. Paulson School of Engineering and Applied Sciences have developed an all-glass metalens in the visible spectrum that measures just one centimeter in scale. According to the researchers, it can be manufactured using current chip fabrication methods.

â€œThis research paves the way for the so-called wafer-level cameras for mobile phones, where CMOS chip and metalenses can be directly stacked on top of each other with the optical alignment is easy since they are both flat,â€ said Federico Capasso, of the Harvard research team. â€œIn the future, the same company can make both the chip and the lens because both can be created using the same technology: lithography.â€

The metalens is currently chromatic, however, the research team is working on large-diameter achromatic metalenses to allow for the focusing of different colors of light in the same spot. This will make it more suitable for applications such as HD VR gaming, for example.

To mass-produce the centimeter-scale metalens, the researchers adopted a technique known as deep-ultraviolet (DUV) projection lithography. This is commonly used to pattern very fine lines and shapes in silicon during silicon chip fabrication.

DUV can produce many metalenses per chip, each one made up of millions of nanoscale elements with a single shot of exposure, much like taking a photograph.

By etching the nanostructure pattern directly onto a glass surface, the Harvard researchers eliminated the time-consuming deposition processes that were necessary for creating previous metalenses.

The teamâ€™s metalens is the first mass-producible, all-glass, centimeter-scale metalens in the visible spectrum.