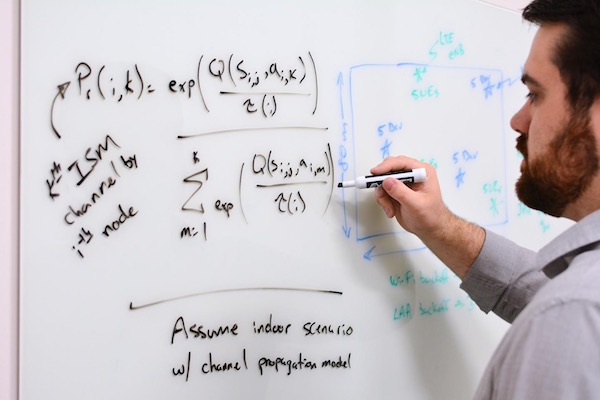 Researchers at the National Institute of Standards and Technology (NIST) have developed a mathematical formula that could help 5G and other wireless networks communicate more efficiently.

Up to 5,000 times more efficiently, in fact, say the researchers responsible for the formula, which is a form of machine learning that selects a wireless frequency range, known as a channel, based on prior experience in a similar network environment.

The NIST team described the formula at a conference in late May, claiming that it could be programmed into software on transmitters in many types of real-world networks.

According to the NIST team, the formula was developed as a means for meeting the growing demand for wireless systems like 5G via the sharing of frequency ranges or unlicensed â€œbandsâ€. These bands, which are used most famously by Wi-Fi, are not assigned by the Federal Communications Commission (FCC) to specific applications or users and thus are open to free and unregulated use.

The NIST study focuses on a scenario where Wi-Fi competes with cellular systems for specific frequencies. The challenge here is that these cellular systems are increasing their data transmission rates via Licensed Assisted Access (LAA) which makes use of both unlicensed and licensed bands.

Using machine learning, the NIST teamâ€™s work will develop a system that can make decisions about which channel to transmit on, potentially making communication in unlicensed bands more efficient. 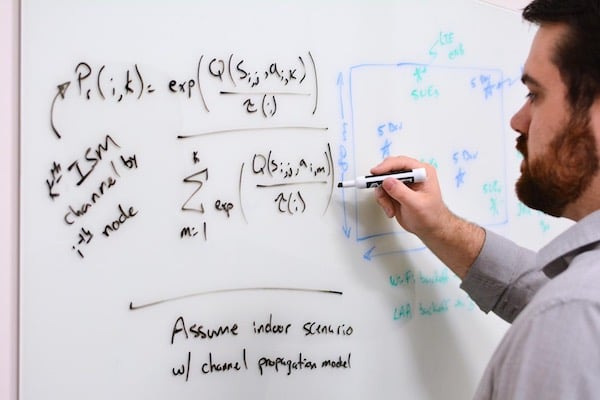 The machine learning formula allows transmitters to quickly select the best subchannels for successful and simultaneous operation of Wi-Fi and LAA networks in unlicensed bands. They each learn to maximize the total network data rate without communicating with each other. This differs from previous machine learning studies by accounting for multiple network â€œlayersâ€â€”the physical equipment and the channel access rules between base stations and receivers.

The NIST teamâ€™s formula is a so-called â€œQ-learningâ€ technique. It maps environmental conditions onto actions that maximise value, Q, that returns the best result. By interacting with the environment and trying out different actions, the algorithm can learn about which channel provides the best outcome, with each transmitter learning to select the channel that yields the best data rate under specific conditions.

If both networks select channels correctly, the overall efficiency of the combined network improves and boosts data rates by increasing the probability of successful transmissions and decreasing interferences.