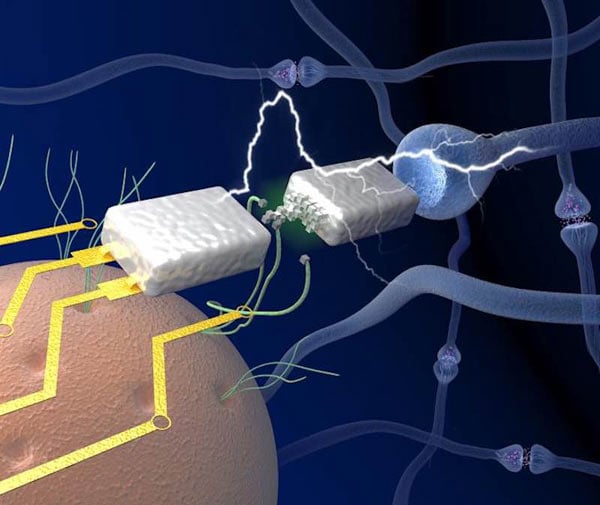 A team of electrical engineers in the U.S. has reportedly designed a device that is capable of efficiently mimicking human brain synapses, marking a potential breakthrough in the so-called field of “neuromorphic computing.”

For the first time, a component known as a neuromorphic memristor (memory transistor) has reportedly been proven to carry signals between neurons with low power consumptionâ€”a challenge that has stifled research teams involved in prior studies, the UMass Amherst team says.

Neuromorphic computing is the concept of emulating the operation of the biological human brain to help computers and artificial intelligence-powered machines deal with â€œuncertainty, ambiguity, and contradiction in the natural world,â€ the teamâ€™s research paper says, which was published in Nature Communications on April 20.

Merely a decade ago, scientists working in this field could only dream of a device that could operate in this manner.

In the teamâ€™s research paper, analysis suggests that â€œprotein nanowiresâ€ harvested from Geobacter bacteriaâ€”a bacteria known to facilitate an electrochemical reduction of metalâ€”could be the key to unlocking the mystery of how to replicate the low levels of power that the human brain uses to transmit signals.

The team said that while your typical computer will operate at over one volt, the brain sends signals between neurons at voltages many times lowerâ€”around 80 millivolts. The UMass Amherst project creates a new type of memristor that uses these protein nanowires to reach similar â€œneurological voltagesâ€. 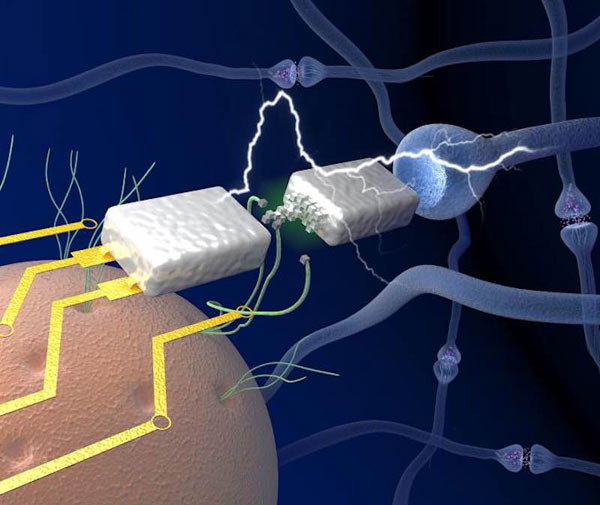 "This is the first time that a device can function at the same voltage level as the brain," engineering researcher and co-author of the research paper, Jun Yao, said in a statement. "People probably didn't even dare to hope that we could create a device that is as power-efficient as the biological counterparts in a brain but now we have realistic evidence of ultra-low power computing capabilities. It's a concept breakthrough and we think it's going to cause a lot of exploration in electronics that work in the biological voltage regime," he continued.

Connections Similar to Learning in the Human Brain

According to Tianda Fu, a Ph.D. candidate in electrical and computer engineering and first author on the teamâ€™s study said that the team found that sending pulses of electricity through a metal thread inside a memristor created new connections that were similar to those for learning in the human brain.

He added, "You can modulate the conductivity, or the plasticity of the nanowire-memristor synapse so it can emulate biological components for brain-inspired computing. Compared to a conventional computer, this device has a learning capability that is not software-based.â€

The researchers are hopeful that it may be possible to make computers that match up to the power efficiency of the human brain and develop architectures capable of working at biological voltage.

The team is now looking to â€œfully explore the chemistry, biology, and electronics of protein nanowires in memristorsâ€ and how they could be applied in the real world.