Recycling Electronic Waste: Could Magnetic Density Separation be the Answer?

Recycling Electronic Waste: Could Magnetic Density Separation be the Answer? 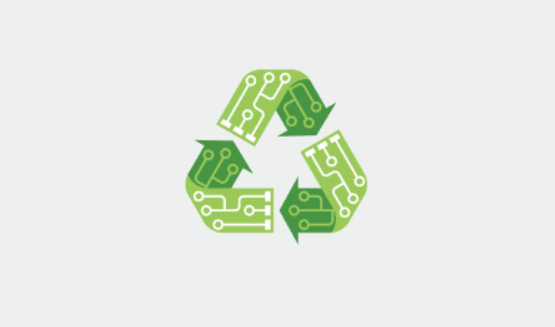 Magnetic density separation (MDS) offers many opportunities in recycling and is already used in some recycling plants for mixed plastic waste streams. Now, researchers are focusing MDS on electronic waste management, meaning it could one day be industrialised into a sustainable, mass-recycling solution for electronics.

The Challenges of Electronic Waste

The waste of electrical and electronic equipment (WEEE) is a huge global problem: it makes up one of the fastest-growing waste streams in the EU. According to the European Commission, it is predicted that the EU will generate over 12 million tonnes of WEEE this year alone. And with the growing rate of production of electronic devices, the problem shows no signs of slowing down. Today, there are more gadgets in the world than there are people, and WEEE is rapidly surpassing global recycling efforts. In fact, according to a UN report, only 20% of global electronic waste (e-waste) is currently recycled. 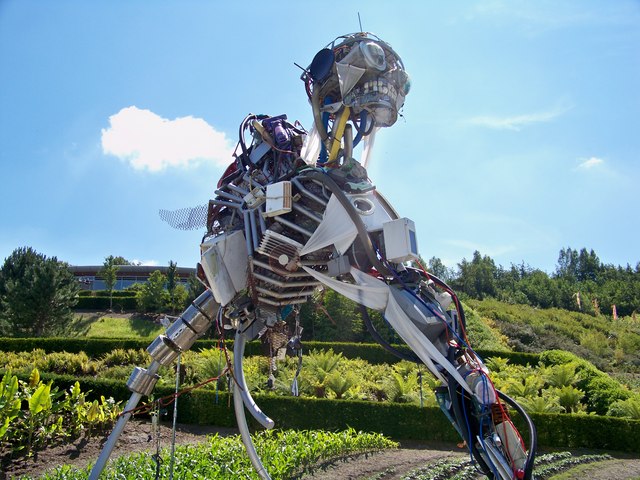 A photograph (taken at the Eden Project in the UK) of a seven-metre-tall statue of a man made entirely of peopleâ€™s electrical and electronic equipment waste. Image Credit: James T M Towill, Geograph.

There are of course countless types of high-tech materials (which are often part of delicate metal structures), and these are discarded in general waste streams. And when it comes to electric vehicles, both critical metals (including cobalt, lithium and nickel) and precious metals (such as gold, silver, and platinum) are being wasted in enormous volumes. With finite primary reserves of these metals, many countries are beginning to struggle to meet production demands. Meanwhile, 7.5 billion poundsâ€™ worth of precious metals is dumped every year into a growing mountain of electronic waste, according to the UNâ€™s Global E-waste Monitor report.

Retrieving valuable metals from e-waste is critical if we are going to move forward with the huge production of electronics and fuel the electric vehicle revolution. And it is also, of course, a vital step if we are going to reduce pollution. Improper e-waste management emits chemical and toxic substances that can contaminate air, water, and soil to create serious environmental concern. The challenge, therefore, is in building e-waste infrastructure in a way that considers climate change, the environment, and economic success.

What is Magnetic Density Separation?

Magnetic Density Separation (MDS) is a form of sink-float separation. It works by collecting the particles of many different materials, but at specific heights in a magnetic fluid that depends on each of those particlesâ€™ density. While in ordinary water, objects will simply sink or float, by adding magnetic particles, a field of artificial gravity is produced. The result is that the density of the fluid changes in relation to its distance from a magnet. This, therefore, causes particles to float in the liquid at the level where the effective density is equal to their own, thus enabling the low-cost and effective separation of particlesâ€”even those that are very fine. 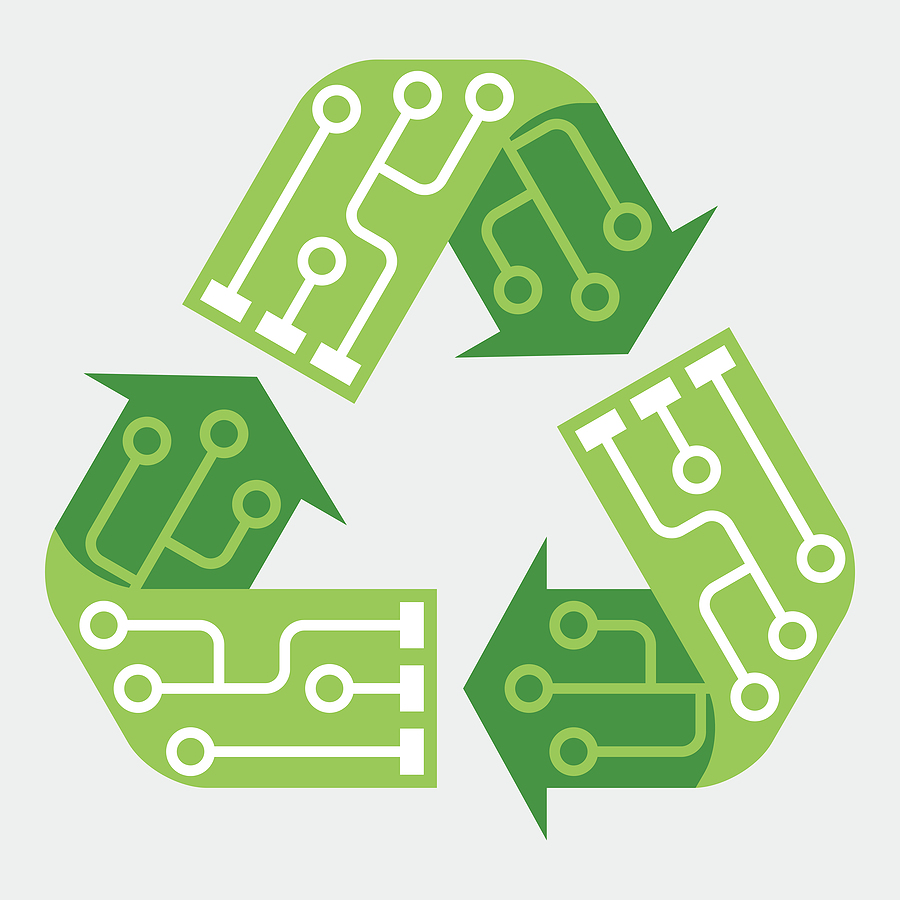 How Could MDS be Applied to Electronic Waste?

Again, MDS is already being used as a recycling method for mixed plastic waste streams: Plastic Recycling Amsterdam, for example, has been using MDS to separate plastic waste since late 2019. However, as plastics have a density that is similar to that of water, there has been no call for powerful magnetic fields until now, as countries are starting to better appreciate the importance of e-waste recycling.

Researchers from the Dutch cities of Utrecht and Nijmegen have now demonstrated that it is also possible to separate heavier elements through magnetic density separation. The research team has succeeded in creating a magnetic fluid that can remain stable in powerful magnetic fields.

The challenge was in keeping the fluid stable as the strong magnetic forces worked to disintegrate the liquid that contained nanoparticles of iron oxide. Such nanoparticlesâ€”being tiny magnets in their own rightâ€”have a tendency to move towards the magnet and each other.

So, to keep the particles apart, the research team worked in a high-intensity magnetic lab and found that, by using a specially-created magnetic liquid (instead of traditional magnetic fluids), they were able to achieve stability at high magnetic strengths. This means that it has been proved possible to separate high-density materials, including of course electrical componentsâ€”and even do so quickly and at scale.

The Benefits of Using MDS for E-waste Recycling

Existing methods of e-waste recycling in the EU leave a lot to be desired. Processes are, for the most part, inefficient, and it is often the case that nations resort to passing the challenge to organisations overseas. As Belgium is currently setting a good example by using advanced technologies to recover waste materials, it is a prime destination.

Many other countries, on the other hand, are not so sophisticated in their approach to waste processing: much of Europe (and other parts of the globe) ship WEEE shipped to developing countries where labour and safety regulations are insufficient. Unsafe practices can release highly toxic metals and pose severe health issues to workers, which often includes children. 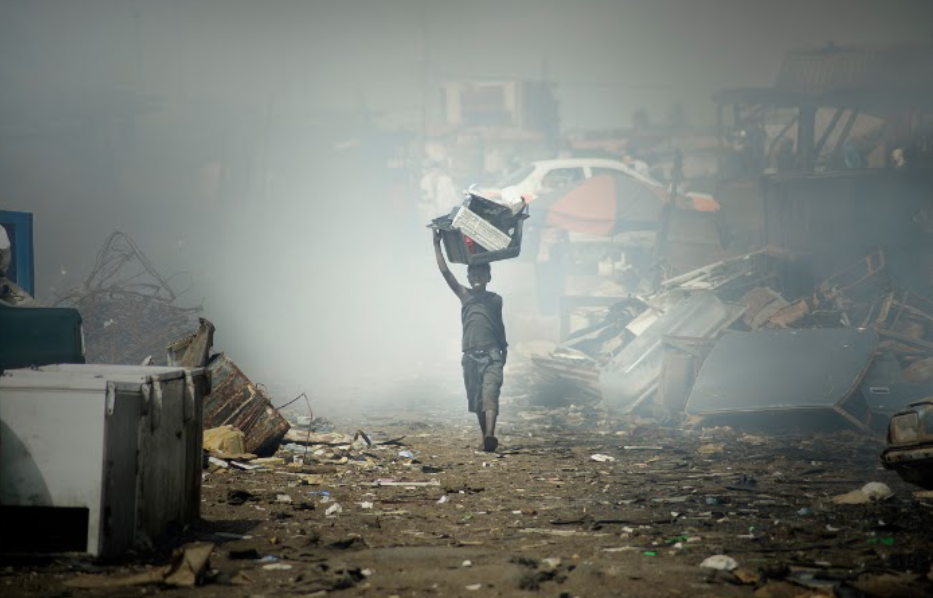 In a landfill in Ghana (in West Africa), a young boy carries a basket of electronic waste on his head. This reflects one of the many health and environmental risks that come from the disposal of global electronic waste. Image Credit: BRS MEAS, Flickr.

Existing recycling efforts are economically and environmentally damaging and put the future growth of electronics at jeopardy. MDS could give EU countries the opportunity to take care of their own valuable metal waste in a safe and cost-effective way. Whatâ€™s more, if powered by a renewable energy grid, MDS could theoretically be almost entirely emission-free.

Is the Solution Commercially Viable?

As MDS isnâ€™t labour-intensive like manual separation, and sorts waste in a single step and with a high degree of accuracy, it has the potential to be industrialised into an economically-viable and environmentally-friendly mass production procedure.

However, the existing MDS research (such as that published in The Journal of Physical Chemistry Letters) is just one piece in the puzzle. More work is required on the use of magnets, the engineering, and, of course, keeping the whole thing watertight. And, once we have the technological capabilities in place, weâ€™ll still need support and investment from European governments. That said, the rapid technological development of magnetic density separation and collaborative effort is a huge step forward and certainly one in the right direction.