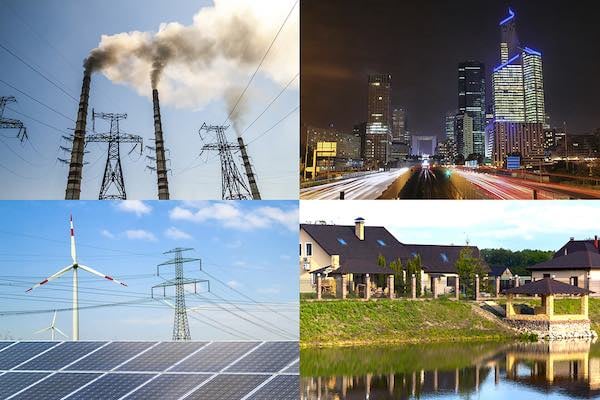 According to new research, renewable energy sources have now generated and provided more electricity to UK homes and businesses over the last quarter than fossil fuels—for the first time ever since the Industrial Revolution.

This is according to new research that shows that this record was set in Q3 2019 when renewables' share of electricity rose to 40%.

This marks the first time ever that harnessed electricity from UK wind farms, renewable biomass plants, and solar panels altogether surpass that of fossil fuelsâ€”since the country's first power plant was fired up in 1882 in Central London. This also confirms predictions made by the UK National Grid that 2019 would be the first year that fossil fuels would produce less than 50% of the UK's electricity for the first time.

It was a string of new offshore wind farms built this year that helped to just nudge renewable energy past fossil fuels: an analysis by Carbon Brief found that renewables had generated 29.5 terawatt-hours (TWh) from July to September, versus 29.1TWh from fossil fuels.

Dr. Simon Evans of Carbon Brief, the individual responsible for this analysis, said:

â€œIt is no longer a question of whether renewables can form the backbone of the UK grid, generating more electricity than any other sourceâ€”it is a question of when they get there and how quickly and how far they continue to expand beyond that.â€ 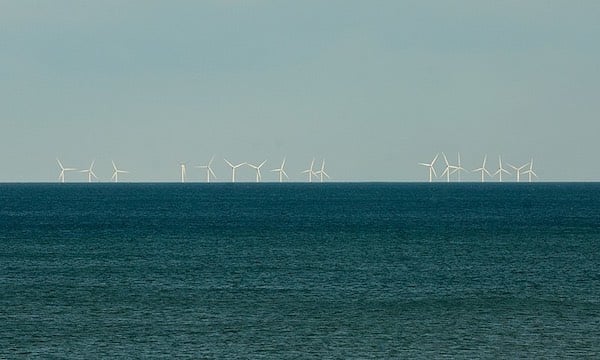 This milestone is fantastic news for the UK, where, in 2025, all British coal pants are to be shut down and outlawed. In early October, 4 cooling towers at the Ferrybridge coal-fired power plant in West Yorkshire were demolished, with the Press Association calling it a "significant milestone in the history of the UK energy industry".

By spring 2020, only 4 coal plants will be operating in the UK, and 2 of these 4 generation units in Drax, North Yorkshire are set to be converted to gas plants by Q4 2023.

Carbon Brief's report demonstrates the true strength of wind power in the UK, where it makes up 20% of the country's electricity output. The Hornsea One project, the world's largest offshore wind farm that began generating electricity in February, 2019, reached its peak capacity of 1,200mW by the start of October.

Moreover, other renewable sources such as biomass and solar panels generate 12% and 6% respectively. With new wind farms launching all the timeâ€”the Beatrice wind farm off the north-east coast of Scotland this summer being oneâ€”the technologyâ€™s share of UK electricity output is expected to continue growing and ultimately eclipse fossil fuels.

As Kwasi Kwarteng, UK minister for energy and clean growth, stated in regards to the renewable energy record:

â€œ[It is] yet another milestone on our path towards ending our contribution to climate change altogether by 2050. Already, weâ€™ve cut emissions by 40% while growing the economy by two-thirds since 1990. Now, with more offshore wind projects on the way at record low prices, we plan to go even further and faster in the years to come.â€