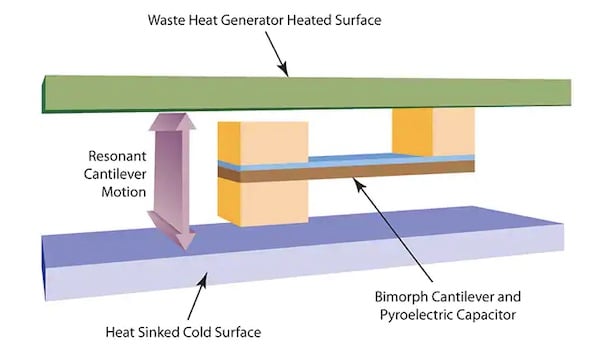 Technologies like wearables and lightweight, powerful sensors are all flying off of the drawing board and onto the street.

Battery technology canâ€™t keep up and this leaves consumers bogged down with portable charge packs and pockets full of wires. We look at a chief solution: portable energy harvesting generators.

So, as the idea of developing better batteries isnâ€™t working fast enough to keep up with the demands of technology (and consumers), what are the alternatives?

Letâ€™s take a look at some of the other battery extending and replacing ideas out there.

Currently, the best way to increase battery life is to find some way to add power during normal use. The development of wireless power transmission is still in its early stages, with existing wireless charging devices still needing to be a few millimetres of a charging pad.

Sadly, remote power transmissionâ€”that works from a distanceâ€”is still only a future concept.

This means that the best way to add power, without the hassle of having to stop to recharge a device (or carry a portable battery), is through harvesting energy during usage. And while we already see products like backpacks with solar panels that try to bridge this technology gap, they depend on the user being somewhere sunny and keeping the device in the bag. Fine for outdoorsy types, but not so practical on a busy commuter run.

There are, of course, many other methods that have the potential to fill this power supply gap, and using an energy harvesting method does come with its own issues as well. Will the energy being harvested always be present when the device needs to operate? Will it be present regularly enough to charge a small battery? Would a small battery ruin the shape of the final product and make it unwieldy?

All these questions mark what has held the technology back from taking over the consumer mass marketâ€”at least until now. 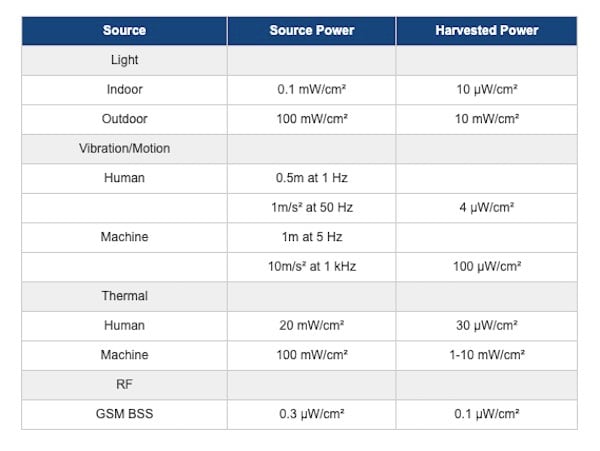 Energy harvesting using piezoelectric transducers is a relatively mature technology. If youâ€™d like to rely on the piezoelectric effect to generate electrical energy from shocks or vibrations, you can buy piezoelectric generators. The price for these is coming down all the time.

However, the amounts of power that can be harvested using this method are relatively small. Additionally, you have to consider how regular the vibrations needed to power your device are going to be as well.

Another issue that has held piezoelectrics back is the fact that most piezo transducers are made up of plates or stacks that are rigid. In 2015, Jung developed a curved energy harvester using flexible PVDF films and succeeded in lighting up 476 LEDs under periodic palm pressing. This was a big breakthrough in both efficiency and usability.

There are, of course, lots of places where vibration and regular shocks arenâ€™t hard to come by. Anything from jogging shoes (pictured above) to sensors mounted on or near a motor will have regular movement that can power a piezo transducer.

As long as thereâ€™s sufficient temperature differential, the cantilever will oscillate rapidly, producing around 1 to 10mW per 1mmÂ² device. When you realise that these devices can be mounted at densities of up to 1,000 per square inch, you start to realise the potential uses. 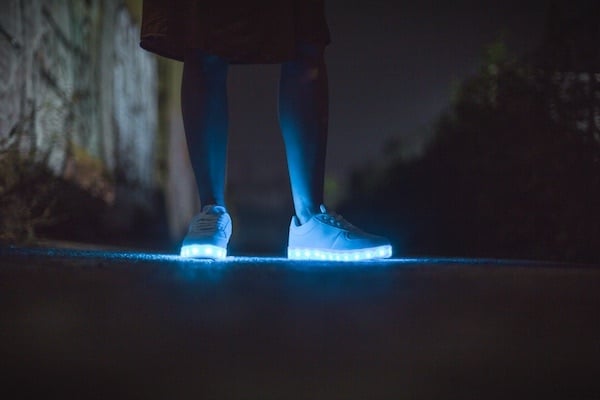 Blue LEDs light up from within the soles of a users' jogging shoesâ€”an example of the fact that piezoelectric generation can even be used in footwear.

Thermoelectric electricity harvesting modules have been around for a while, and while most city dwellers donâ€™t have a log burner in regular use they can plaster in these generators, there are plenty of sources of waste heat out there. In industry, thermoelectric generators (TEG), aka Seebeck generators, are frequently used as remote generators where they are needed on oil and gas pipelines and other remote locations. This is due to their innate reliability owing to their lack of moving parts.

TEGs can come in any size, although theyâ€™re usually under 5kW. Theyâ€™ve been proven to improve efficiency with internal combustion engines, have been used in space to power satellites and rovers (using a radioactive isotope as the heat source), and can even be used with twigs to produce enough LED power to light a small room.

Anywhere that thereâ€™s a heat differential can a TEG be supported. However, they donâ€™t produce much power unless that differential is quite steep. This is why we donâ€™t all have them sewn into our winter coats.

We as engineers and designers are, of course, ultimately responsible for choosing and using these technologies as we seek to extend battery life and make modern living more convenient. Many of these technologies have the potential to help protect the environment by reducing the amount of mains power usedâ€”all while letting us enjoy electricity in more remote locations hassle-free.

No matter how big or small your usual designs are, there will be an energy harvesting method thatâ€™s right for you to experiment with in your designs. Why not give it a go, and see if you can leave wires and cables behind when working on your next project.