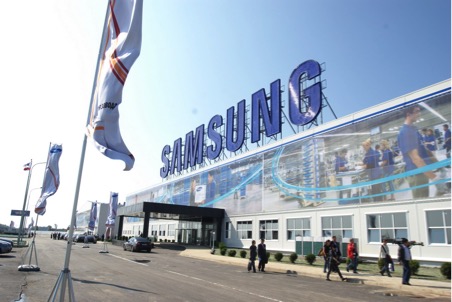 Samsung has just announced the successful development of its 5nm EUV nodes with a 20 per cent lower power consumption and increased efficiency.

In what may look like a successful â€˜one-uppingâ€™ attempt against Taiwan Semiconductor Manufacturing Co. (TSMC), who made a January announcement of their first 7nm EUV development process, Samsung has blown them and other competitors out of the water with their latest statement.

The Korea-based semiconductor manufacturing giant has just announced that their 5nm EUV FinFET processâ€”one that has several benefits over its 7nm counterpartâ€”is now complete and ready for sample orders. The primary benefit when using EUV is larger increases in transistor density, allowing smaller yet more complex chips to be created.

EUV (extreme ultraviolet lithography) is a new, next-generation lithography technology that uses an extreme UV wavelength at around 13.5nm. It has been undergoing development for quite some time now; however, it is expected to be used in high-volume production by 2020.

Announcing that it had started chip production using EUV in October 2018, Samsung was the very first company to use it. At the time, TSMC was still trying to integrate EUV into its manufacturing. In June, TSMC will also begin using EUV for mass production.

Given that Samsung is constantly vying to overtake Intel as the worldâ€™s foremost chip manufacturer, it is no surprise that the company was quick to begin using EUV.

Samsungâ€™s 5nm FinFET process provides as much as a 25 per cent increase in logic area efficiency and up to a 20 per cent reduction in power consumption when compared to the 7nm process.

Using EUV lithography in metal layer patterning, 5nm reduces mask layers while providing more accuracy concurrently. Further, Samsung customers making the transition from 7nm to 5nm will benefit from not having to pay high migration costs or overhaul their design ecosystems because the 7nmâ€™s intellectual property carries over to the 5nm process. This has the knock-on effect of shortening product development using 5nm.

Still, the 25 per cent gain in density and the 20 per cent power decline for the 5nm process is hardly something to write home about; in comparison to previous advancements in this area, the enhancements are relatively minor. In fact, the gains appear to be smaller than with previous node iterations.

TSMC is due to provide an update on its work on their 5nm node next week, so it is hardly surprising that Samsung has come forward so soon with their own announcement; the two companies are racing to take hold of what is a very lucrative but shrinking market. 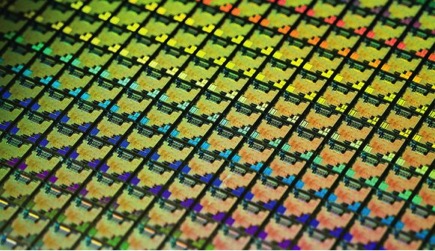 Given the onset of 5G, the continuous growth of the IoT, major developments in AI, and self-driving cars becoming more of a reality, it is hardly surprising that companies such as Samsung and TSMC (and Intel, though they are severely lagging!) are racing to not only make their chips smaller, more powerful, and use new and exciting processes to do so, but to be the first to do so. If this did not happen, these new and exciting technologies would never come to fruition.

Huawei and Apple are both expected to build their chipsâ€”the Huawei Kirin 985 and the Apple A13â€”on TSMCâ€™s 7nm EUV process. By coming out of nowhere with a 5nm EUV process, Samsung is really shaking things up.

Even though Samsung appears to be using a more refined EUV process than TSMC, it seems as though they are both marching together towards reaching a significant silicon production milestone.

The difference between the two, however, is that Samsung doesnâ€™t seem to be able to guarantee production volumes. Historically, they have had little luck with customers for the 7nm process, Qualcomm being the prime example.

It could be argued that this is more of an improved version of 7nm, say 7nm+, rather than being true 5nm. Given that there are only 25 per cent more transistors with 5nm, it is certainly a valid thought.

However, 7nm EUV is what is known as a â€˜transition nodeâ€™ from DUV to EUV; 5nm and 7nm DUV are long-lived nodes whilst 7nm EUV is not. 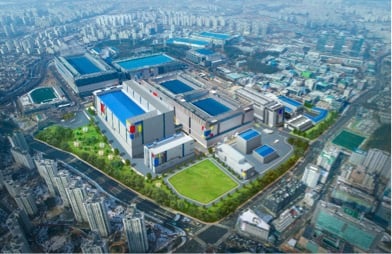 Putting semantics aside for a second, it is difficult to take this announcement as seriously as Samsung may desire. Samsung is still unable to fab 7nm products and thus their credibility concerning this major process announcement is questionable at best.

â€œIn successful completion of our 5nm development, weâ€™ve proven our capabilities in EUV-based nodes. ... In response to customersâ€™ surging demand for advanced process technologies to differentiate their next-generation products, we continue our commitment to accelerating the volume production of EUV-based technologies,â€ said Charlie Bae, executive vice president of Foundry Business at Samsung in its press release.

This is not evidence that Samsungâ€™s process endeavours are ahead of competitors such as TSMC. As the saying goes, â€˜the proof is in the puddingâ€™â€”we will have to wait and see what follows this announcement in the coming months.