Solving an Engineering Labour Shortage in Germany with Foreign Workers

Solving an Engineering Labour Shortage in Germany with Foreign Workers 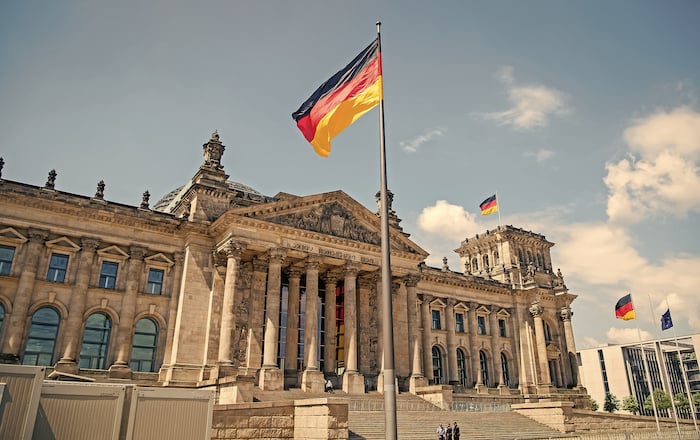 Germany is a country on the brink of full employment with an unemployment rate of just 3.1% (the second-lowest in Europe). However, while economic growth is booming and unemployment is at an all-time low, there is a new problem on the horizon: almost every skilled and able worker is doing just that—working.

Meanwhile, a considerable number of firms are complaining about a shortage of talent. A demographic shift and countrywide digital transformation are driving the need for more qualified electrical engineers.

Germany is starting to look outwardâ€”but is filling the labour force deficit with overseas workers the right thing to do?

A recent study presented by the German federal government has shown that within the next 10 to 20 years, Germanyâ€™s currently buoyant labour market will change drastically. The result will be that by 2030, almost 3 million skilled workers could be missing.

There are two main drivers for the predicted labour force deficit. The first is the demographic shift that will take place over the next decade or two. There are many more older people in Germanyâ€™s population (with almost 1/5th due to be aged between 60 and 66 by 2020) than there are younger people. The ageing population is also coupled with a low birth rate since the end of the baby-boom era. As the ageing population begins to retire, the country will need more than just higher labour force participation rates to fill the void.

The second driver for the shortage, and perhaps the biggest, is the digitisation of the electronics industry. The huge impact of digital transformation will not only create various new jobs, but those jobs will require a certain level of expertise. The increasing pace of digitisation will create new challenges for businesses and workers alike.

As a result, the skills shortage has become one of the biggest concerns for German businesses. This is augmented further in the case of highly-qualified employees, such as engineers. A skills shortage analysis compiled by the Bundesagentur fÃ¼r Arbeit in 2017 predicted that the shortages would be highest in the areas of software development, programming, aerospace, automobile, mental construction, mechatronics, and construction. 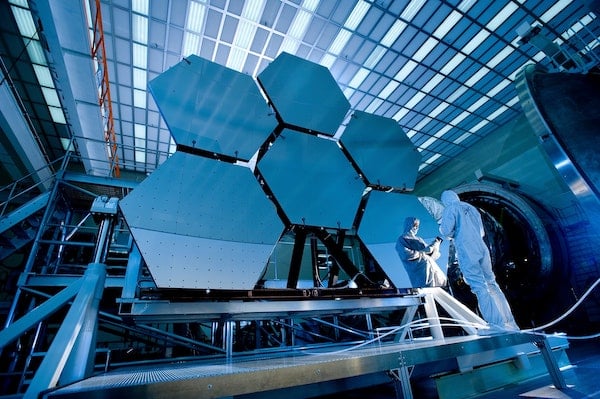 High-angle view of a man working in the aerospace industryâ€”one of the areas predicted to be hardest hit by Germany's labour shortage. Image courtesy of Pexels.

This is a demand that could prove difficult to fill, especially for small and medium-sized companies that already have difficulty attracting skilled workers. This is a major problem if Germany is to retain its position as an excellent location for business and investment.

The Immediate Solutions Being Considered

The prediction of a skilled labour shortage in Germany isnâ€™t a new one. The Federal Government adopted the Skilled Labour Concept back in 2011 to effectively tap into all domestic labour sources and ensure that Germany remains an attractive place to work for citizens and overseas workers alike. The 5 skilled labour paths were defined as:

While progress has been made along each of the above skilled labour paths, the German labour market has changed dramatically since the concept was adopted. Challenges persist in the area of female labour force participation, education, and continual training. Meanwhile, the said rapid pace of digitisation and demographic developments are putting increased pressure on the country to find a faster solution to the imminent problem.

The newest proposal to help solve the issue is a draft law set to ease immigration rules. Currently, employers need to prove that neither a German nor an EU citizen can be found to fill a position before it's offered to an immigrant.

The new law will relax restrictions on immigrant regulations for qualified employees from non-EU countries. In addition, while there is already a Blue Card system to help highly-qualified workers enter the country, those with only vocational training have far more difficulties. The proposed law exists to attempt to review how qualifications are recognised to allow more foreign workers to be recruited.

The law, if passed, will from 2020 extend the rules covering everyone from overseas graduates to vocationally-trained workers. Companies wonâ€™t have to favour EU citizens, and there will be no restriction on foreign immigrants for bottleneck occupations, such as engineering of course.

However, the law does come with various restrictions:

Due to all these restrictions, as the law is written, it will do little to alleviate the difficulties that employers are facing. Itâ€™s extremely hard for overseas workers to prove their skills relative to German standards. Germanyâ€™s dual education system means that around half of school-leavers are trained on the jobâ€”a system that isnâ€™t easily compared to those elsewhere.

There is a lot of uncertainty with the proposed law. Fears of immigrants swelling welfare rolls has created many restrictive provisions. These restrictions aim to ensure that migrants arenâ€™t allowed to easily change lanes from asylum to work. There is also a suggested toughening of deportation rules to accompany the bill.

Many critics would prefer a point-based system, as is used in other countries. This would allow workers to be rated based on their skills, fundamentally prioritising those who are most in-demand.

A photo of a student at a graduation ceremony used to represent the volume of graduates that could fill the labour deficit if the right preparation was provided. Image courtesy of Pexels.

Why Canâ€™t Graduates Fill the Roles?

An engineering graduate qualification is seemingly the perfect choice. It is a high-status career with extremely respectable employment prospects and excellent salaries to match. It would be easy to presume that the promise of long-term success in the technology world would be enough to attract the necessary talent.

According to the association of electrical engineering and information technology (VDE), although the unemployment rate for engineers is well below the national average, many students nevertheless quit their studies. The problem can be attributed to an education system that doesnâ€™t sufficiently prepare them for university.

Further issues with the education system were highlighted back in May this year, as 60,000 people signed a petition against German studentsâ€™ final secondary school maths exam. The petitions asked for the scoring system to be changed so that the maths section matched the difficulty level of the rest.

Students complained that tasks were set that had never been seen, questions were more complicated than previous years, and not enough time was given. The exam in question, named the Abitur, is a pivotal: the results of it can shape the future careers of those leaving secondary school for university.

Accordingly, basic education in maths needs to be improved to help fill graduate roles, but the education system and expectations also need to be reviewed. The teaching of natural science subjects, especially mathematics, should be of paramount importance.

The proposed law is a cautious recruitment strategy and is far too focused on one single solution to the problem. The law comes with many restrictions and, as it is yet to be passed, more may be added still. Even if the law is successful in attracting some much-needed talent, it is unlikely to be anywhere near enough to fill the deficit.

Much remains to be done within the country to better prepare students and to attract the right talent. In particular, female talent is still under-utilised in the German labour market. Whatâ€™s more, too many young people leave school without the necessary qualifications.

Germany needs to foster the spirit of lifelong learning: continued education needs to be made more attractive to all. While an increased level of immigration may help tackle the problem, Germany needs to secure its existing skills base by working out how to unlock its domestic potential.