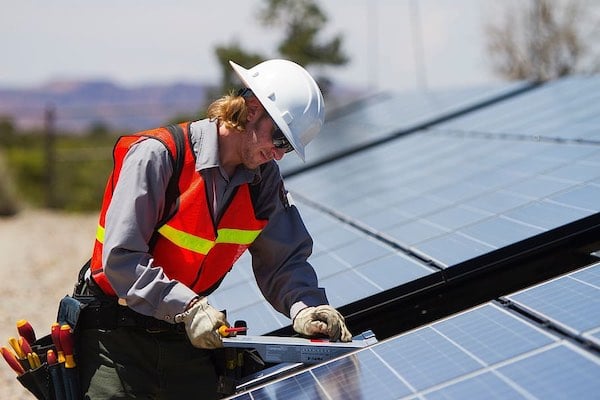 Researchers at Purdue University have reportedly inhibited the ion movement in halide perovskites, an achievement that could make them useful for more efficient solar panels and other electronic applications.

Not only has the team managed to inhibit ion movement in halide perovskites, but they have also found that halide perovskites can be stacked together to form heterostructures which would, in theory, enable a device to perform more functions.

Writing in the journal Nature on April 29, the Purdue research team describes how halide perovskites, an emerging family of â€œtuneable semiconductors with desirable propertiesâ€, are desirable for a range of applications such as light-emitting diodes (LEDs), sensors and detectors, lasers, and solution-processed solar cells.

Halide perovskites are desirable because they are soft and flexible materials with a crystal lattice that allows greater tolerance to lattice mismatch, making them promising for heterostructure formation and semiconductor integration.

Engineers have long since been aware that perovskite solar cells perform as well as, or better than, those made from silicon. Perovskites have the potential to be more efficient because less energy is wasted when solar energy is converted to electricity. Perovskites can also be fabricated from a solution into a thin film, reducing costs and boosting production quantities. 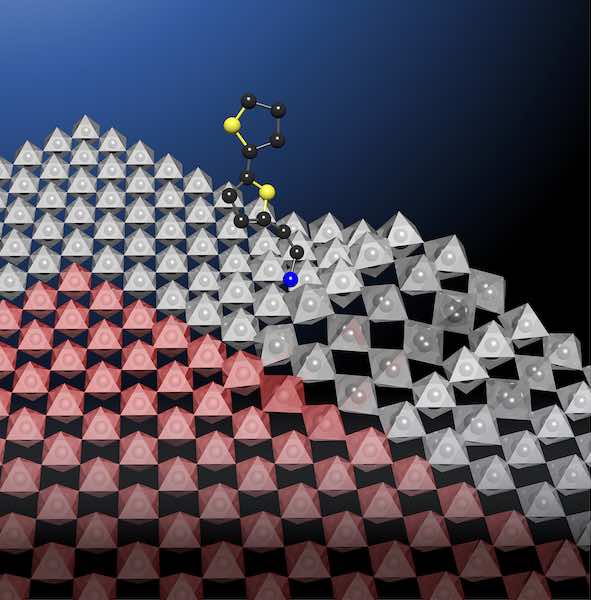 Illustration of "bulky molecules" added to the surface of a perovskite. Image credited to Purdue University/Enzheng Shi

Stabilising the Movement of Ions in Perovskites

This is because they have historically been inhibited by chemical instability which leads to the decomposition of prior layers during the fabrication of subsequent layers. Furthermore, their high intrinsic ion mobility leads to interdiffusion and large junction widths. These two problems have prevented the achievement of epitaxial growth of atomically sharp halide perovskite heterostructures, which are necessary for both improved performance and device miniaturization.

In their research paper, the Purdue team reports an effective strategy to â€œsubstantially inhibitâ€ ion diffusion in two-dimensional halide perovskites. This is achieved by adding a rigid molecule, bithiophenylethylammonium, to a perovskiteâ€™s surface to stabilise the movement of ions and prevent chemical bonds from breaking so easily, even at temperatures as high as 100 degrees Celsius.

The team also demonstrated that this molecule makes a perovskite stable enough to form clean atomic junctions with other perovskites, enabling stacking and integration.

A Materials Platform for ICs

According to the research team, their findings provide insights into the immobilization and stabilization of halide perovskite semiconductors. The team is also claiming that their work demonstrates a materials platform for complex and molecularly thin devices and ICs that could be used for electronics applications beyond more efficient solar cells, such as computer chips.

In computer chips, transistors rely on junctions to control electrical current, and perovskites may enable the chip to perform more functions.