Stanford Develops a Particle Accelerator That Fits on a Silicon Chip

Stanford Develops a Particle Accelerator That Fits on a Silicon Chip 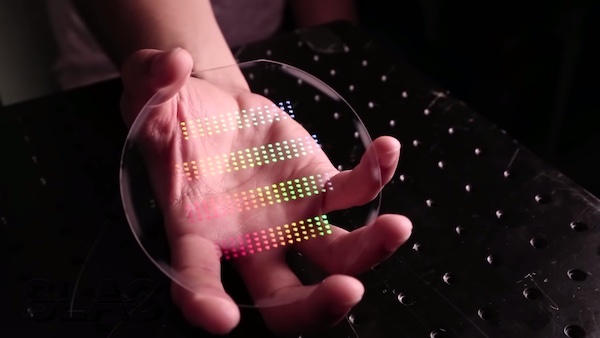 The particle accelerator makes use of lasers to speed up electrons in an etched channel.

The high-power electron beam produced by the SLAC National Accelerator Laboratory in California has enabled various experiments that capture very detailed images and probe molecular structures. It can boost particles to travel at near light speed due to the microwaves that bombard them. However, these particle accelerators are costly, so scientists that wish to use them must make a formal request.

Unfortunately, facilities like the SLAC National Accelerator Laboratory cannot accommodate all of them.

To solve this problem, a research team from Stanford University has introduced a laser-driven particle accelerator that sits on a small silicon chip and is scalable enough to create a beam equivalent to that produced by the high- power electron beam produced at SLAC.

According to Stanford researcher Robert Byer, who has been working on the idea since 1974, using lasers in accelerators stretches all the way back to the laserâ€™s inception in 1960. And although a laser produces shorter electromagnetic waves, it speeds up the movement of electrons in a limited space.

For example, the electrons in the laser-driven accelerator can travel through a channel with a width of three one-thousandths of a millimeter. That is about half the diameter of a human red blood cell. These accelerators also need higher precision to align the electrons and laser correctly so that particles can be propelled in the appropriate direction with maximum energy.

The Stanford teamâ€™s achievement is nothing new; it first successfully used the method back in 2013, however, the prototype used at the time was challenging to mass-produce with existing techniques whereas it is much easier to fit different components on a silicon chip. 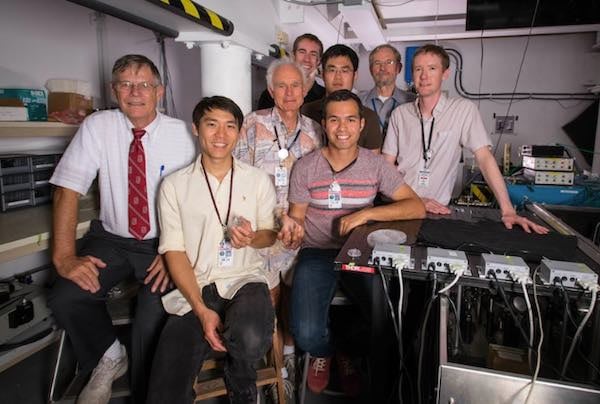 SLAC and Stanford researchers who were involved with creating the accelerator on a chip. Image Credit: Stanford.

Scalability is Not an Issue

As for scalability, this is not an issue with the silicon-engraved laser-driven accelerator.

According to Jelena Vuckovic, a Stanford University electrical engineer who worked on the accelerator with Byer and others, the constant acceleration of electrons became possible because of the structure they designed to guide the beam correctly. Vuckovicâ€™s student, Neil Sapra, used computer simulation to see the interaction of various patterns with the incoming electromagnetic waves.

The structural design allowed the researchers to etch the particle accelerator into a silicon wafer. Laser pulses hit an input coupler that moves them along the chip; then, they move into a computer-designed path along the silicon chip width. The pattern can focus the waves, so they transmit power to an electron beam along its track, thereby making the particles move faster. The Stanford group discovered that their prototype was able to boost the energy of the electrons by 915 electron volts.

Although this is meager by todayâ€™s standards, it prompted the electrons to travel three one-hundredths of a millimeter, which is equivalent to 30 million electron volts gained in one meter. Unlike the SLAC accelerator, the Stanford accelerator is a minuscule one that is easily scalable because of its silicon wafer etching. The researchers can include various accelerating paths in their future designs without the additional bulk.

According to Vuckovic, her team can scale 1,000 stages on one silicon wafer that can generate a million volts of electron energy.

On the other hand, Mark Palmer, the facility director at Brookhaven National Laboratory, estimates that application development could take as many as 10 years. In any case, he is optimistic about its potential use in surgical operations.