The push for greener habits has become global, and for good reason. As this mentality is applied to waste produced by electrical and electronic equipment, we're seeing positive changes to the daily life of engineers.

The resources that we use to fuel our lives today, whether it be in the products we create or the ways that we power them, are finite. On top of this, much of what we make is littered rather than properly dealt with, even though much of it may be repurposed for different applications than their intended use. These issues and their solution, namely the circular economy, have the potential to change the abilities and resources at the hands of the everyday design engineer.

WEEE (waste electrical and electronic equipment), also commonly referred to as e-waste, is being looked into by many for the application of reuse, refurbishment or repurposing in order to truly get all we can from the products we create, whether that use is in their designed application or some new one. The products that are referred to in e-waste are split into six categories as per a research paper by PRÃ© Consultants. They are:

These are the six categories that are most often used for e-waste recycling, where they are collected and turned from waste into a resource, becoming part of a circular economy.

The Problems with a Linear Economy

As a Bloomberg article explains, a circular economy is one of two main types, the second being linear. A linear economy is the more basic of the two conceptually, where products are made, then used, and once they are done being used, are thrown out, a take-make-dispose method. Brand new products must be produced each time one is needed, requiring the use of natural resources.

This has some long-term negative effects, where the maximum amount of pollution is created since each new product will be made from scratch, and also resources will be depleted at a high rate which, in a finite world such as ours, will result in no more resources, and thus no more products. 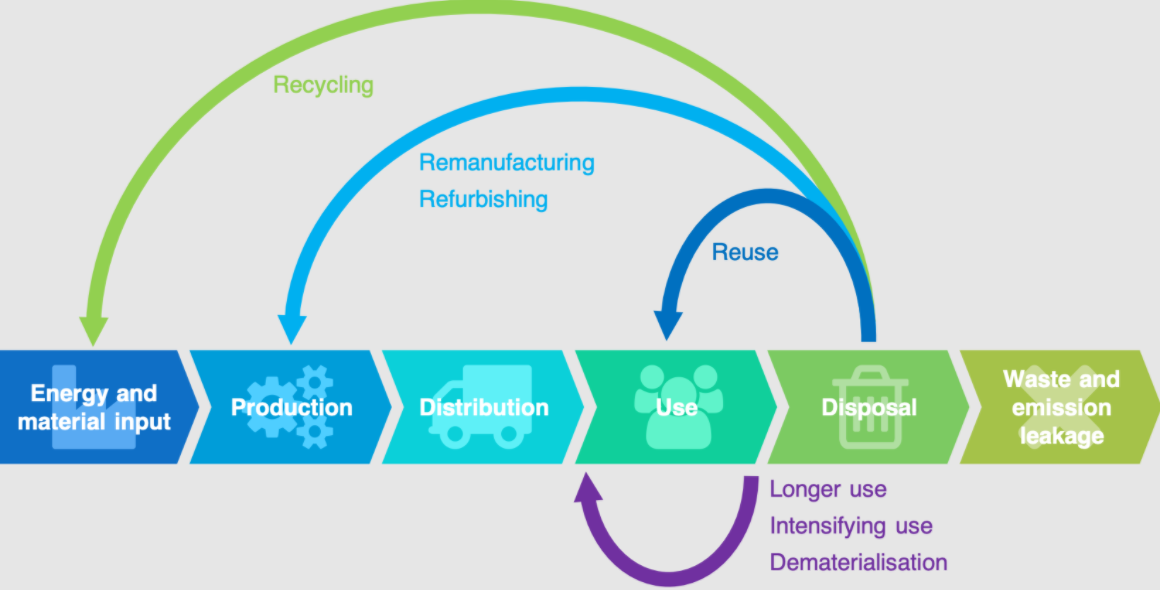 An infographic that covers the various processes of a circular economy

This system is not viable as a long-term solution, and thus a circular economy must be used. This system is centralised based on a â€˜reduce-reuse-recycleâ€™ model. In terms of sustainability, it is much easier to achieve these goals through such a recycling-based approach: as an article from Het Groene Brein (Dutch for â€˜The Green Brainâ€™) explains: the industry will benefit from reducing its focus on eco-efficiency (the linear economy), where the improvement is in minimising resource use. And instead, focus more on eco-effectiveness (the circular economy)â€”where the products can actually have a positive impact on the environment.

The Engineering Benefits of a Circular Economy

Electric parts that are unable to serve their original application are finding new homes: consider automakers like GM, BMW, and Toyota that are focusing on using old car batteries for chilling beer at 7-Elevens in Japan or Solar Banks in Cameroon. Companies arenâ€™t the only ones looking to profit from the benefits of a circular economy either, as governments have also found great uses for it. In 2012, India passed a law requiring manufacturers of electronics and white goods to implement â€˜take-backâ€™ services when their products reach end of life. Moves like these can estimate to create up to half a million jobs, which is wonderful news for the global economy.

Understanding what the concept of a circular economy means and how it can positively affect our global economy, we drill down deeper and see what this means for EEs (electrical engineers). First and foremost, the reduce-reuse-recycle model will completely change how we view the term: â€˜end of lifeâ€™. 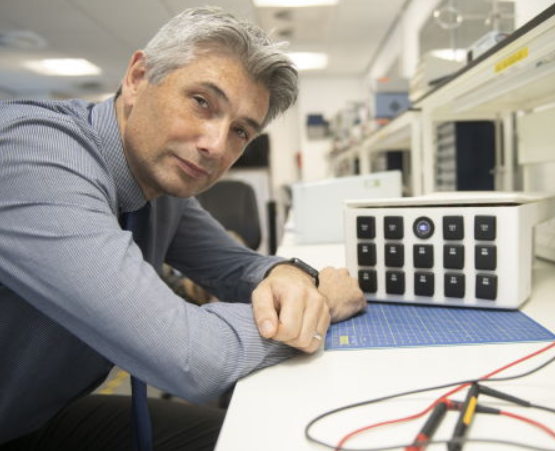 Image credit: the University of Warwick

Again, for instance, many automotive companies are looking to find car batteries new applications when they can no longer be used in their original application. This will allow designers of the products that car batteries can be repurposed for a whole new market to tap into, allowing for an ease in the ability to find crosses and have multiple avenues to purchase parts from, shortening lead times in product manufacturing which is a huge help for the engineer of today.

The Carbon and Energy Saving Potential of a Circular Economy

The said PRÃ© Consultants report noted that in the Netherlands, E-Waste recovery has also resulted in 17% energy recovery, which is a huge benefit to take advantage of for engineers, truly using up all the energy that these products can offer, both in their original and repurposed applications. Above all, one of the most impressive aspects of E-Waste management in a circular economy on the Electrical Engineer is not only the minimisation of, but also the ability to shrink, the carbon footprint of the industry.

The Netherlands has had huge success in this area, recycling 110,000 tonnes of e-waste, resulting in the avoidance of 155,000 tonnes of CO2 equivalents in 2016. They also removed 89 tonnes of very ecologically-harmful refrigerants, resulting in upwards of 261,000 tonnes of avoided CO2 equivalents. This is, again, a huge relief for electrical engineers as we continue to look for more eco-friendly solutions, and the reuse and repurposing of our current products is one of the best options we have.

Electronics waste recycling concept. Pictured: someone pointing at a screen whose display shows a recycling icon surrounded by graphics of technologies that can benefit from e-waste recycling

What a Circular Economy Means to Both EEs and the World

Overall, the circular economy will only add a multitude of options in favor of the electrical engineer, giving them an abundance of products as repurposed parts complete with specifically designed products, giving flexibility in vendor usage and market competition that can lead to lower pricing. On top of that, we see that this simple solution also aids in solving a complex engineering issue of minimising our carbon footprint in all designs.

As time goes on, we continue to see that our current habits are unsustainable, whether it be due to our effect on the climate, or just the simple fact that the resources we use are finite. A circular economy will eventually be the only solution, but even now, it is still at the very least the ideal solution. Many engineers face similar challenges and yet many of their approaches to design and manufacturing donâ€™t reflect the importance of having products that accommodate the reduce-reuse-recycle model.

The utilisation of a circular economy will allow engineers and manufacturers to design all their products to their full capability, or in the case of high-end electronics devices (such as medical equipment), they can become a great source of valuable materials after their original job reaches its end. At a small scale, such an approach to industry will ease the design process for engineers in all areasâ€”while at a much larger scale, the circular economy will have a positive effect on our economy and planet itself.