The EU Has Pushed for a ‘Battery Passport’ to Support Its Green Energy Goals — But Is This Enough?

The EU Has Pushed for a ‘Battery Passport’ to Support Its Green Energy Goals — But Is This Enough?

Policymakers require comprehensive, circular sustainability in devices’ battery life cycles. They must ensure that batteries are given a second (if not, a third) life. We discuss the EU’s potential answer to this, namely its Battery Passport, and ask how viable such a passport could be.

As engineers and manufacturers try to come up with sustainable solutions to producing, storing and distributing electricity, the quest to move past lithium-ion batteries (LIBs) continues. It appears, nonetheless, that LIBs are here to stay, and therefore, the need to invent alternative ways to deal with batteries and battery waste remains high on the radar.

In parallel to the ambitious goals of climate neutrality and the redesigning of cities to welcome electric vehicles, the European Union has shown its determination to make the large-scale adoption of batteries less harmful to the environment.

Four graphics related to manufacturing sustainability, including batteries and recycling

But the EUâ€™s Green Deal goes far beyond battery sustainability. One of the strategic priorities for Europeans is to create a sustainable, circular economy. The timeline of the assertive action plan began in December 2020, and will proceed the introduction of a new measure: the Battery Passport. This passport is essentially a â€˜travel permitâ€™, which means that engineers now have to consider new complex regulations for the designing, recycling, repurposing, and remanufacturing of batteries.

The Cost of Battery Waste

While fossil fuels are established carbon footprint drivers, and now have been officially halted (consider, for instance, the recently-announced UK 2030 Petrol Ban), the energy expenditure that goes into the lifecycle of an EV battery needs to be minimised, too.

Over 11 million tonnes of LIBs may reach their end of life by 2030. According to the World Economic Forum, the manufacture of an EV uses twice as much energy as the one that goes into making a combustion engine car.

It is also notable that a â€˜sustainable carâ€™ should not be considered as such simply because it has a green power source; rather, the â€˜ecosystemâ€™ (defined by such aspects as charging infrastructures, vehicle communication capabilities, etc.) in which it operates must be sustainable, too. And, of course, coal-powered electricity is not exactly the sustainable source we are looking for!

The best we can hope for is to stabilise EV â€˜greennessâ€™ by capitalising on the long-term benefits of electric vehicle adoption based on how well those vehicles can fare within such an ecosystem.

What is the Battery Passport and What Does it Involve?

The Battery Passport (not to be confused with batterypasport.org, a UK-specific proprietary technology in the second-life industry) is a solution proposed by the Global Battery Alliance (GBA) to bring together the businesses, governments, NGOs, and academia willing to operate on a global sustainable battery value chain.

The full list of participants in this umbrella partnership consists of 70 members. Several UK stakeholders are largely on board with this plan, with names such as the London Metal Exchange and Johnson Matthey among them. 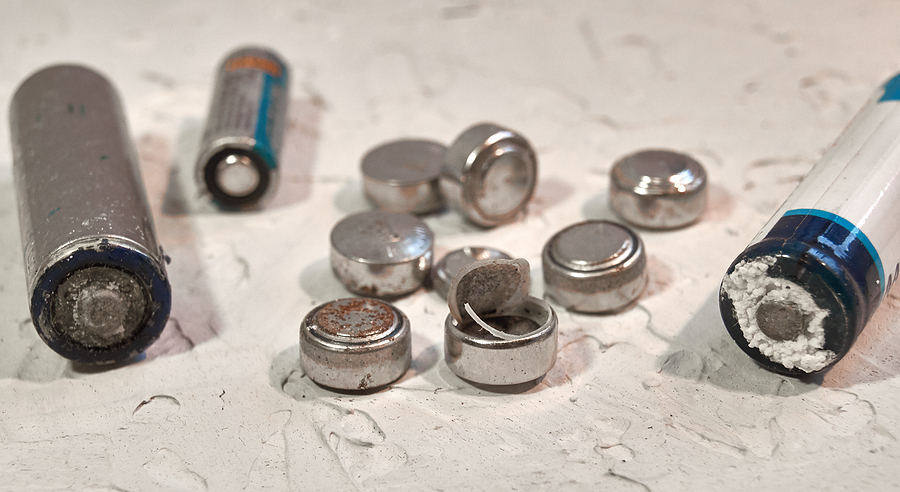 A major problem with batteries is that they have a limited lifespan and lead to considerable electronic waste as a result. Pictured: various used batteries that have been laid to waste

The passport needs to ensure that its corresponding batteries are secure, manufactured in a socially responsible way, and well managed until each deviceâ€™s end-of-life point and beyond. Other important areas of the Battery Passport are covered in the following subsections.

Before the introduction of the concept of the Battery Passportâ€”which could essentially be likened to a â€˜travel passâ€™ for the battery supply chain (and, subsequently, value chain)â€”requirements for the EU stakeholders were based on the Batteries Directive (2006/66/EC).

Now, however, there have been new changes introduced through the Battery Passport that are mostly driven by the potential for electric vehicles to dominate the future of transport (which is becoming increasingly likely, particularly throughout our run-up to 2030, the year of the petrol and diesel ban). Such changes include: 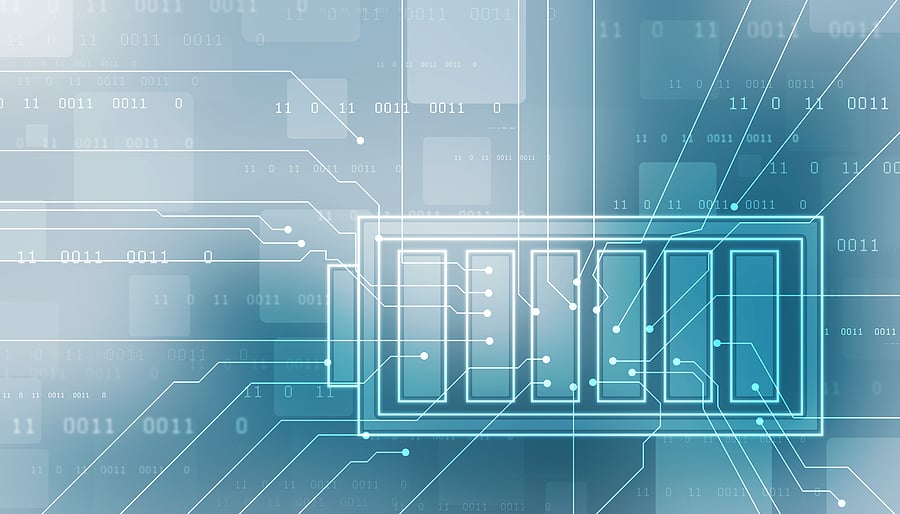 The idea behind the Battery Passport is to create a new, transparent means to certify that a battery has a low-carbon, sustainable lifecycle.

In particular, the sustainable batteries that hold the passport must be in keeping with a particular definition of quality (referred to as a â€˜quality sealâ€™), and this will be informed by new IT technologies. As the European Commission (EC) reports, by following a data-driven approach, the passport will help with what the EC refers to as â€˜the twin green and digital transitionâ€™.

By concentrating on battery life management, the Battery Passportâ€™s other (more indirect) benefits concern fair labour regulations in cobalt mining and the reduction of lead-acid battery production. (It is worth noting that sustainable batteries are not lonely pawns in the chess game of responsibly sourcing out electronic components: for instance, the Certification of Raw Materials is another collective effort of European stakeholders to create a socially and environmentally responsible cobalt supply chain.)

Such secondary benefits as the above are not to be undervalued, especially given that we are yet to see commercially viable cobalt-free batteries. Tesla has announced its plans to replace cobalt in favour of nickel in its new â€˜tablessâ€™ battery; however, this is still not a truly sustainable solution, as mining nickel is not without its detrimental environmental effect.

Cobalt is primarily mined as a by-product of mining nickel and copper. According to the Visual Capitalist, 70% of the cobalt mined in 2019 came from the Democratic Republic of Congo (DRC), where China holds eight out of the 14 largest cobalt mines. The DRC industry is laden with unethical practices, such as child labour and corruption. The Battery Passport, and the Responsible Minerals Initiative, can help to facilitate an ethical supply chain that is sorely missing in todayâ€™s EV battery manufacturing. 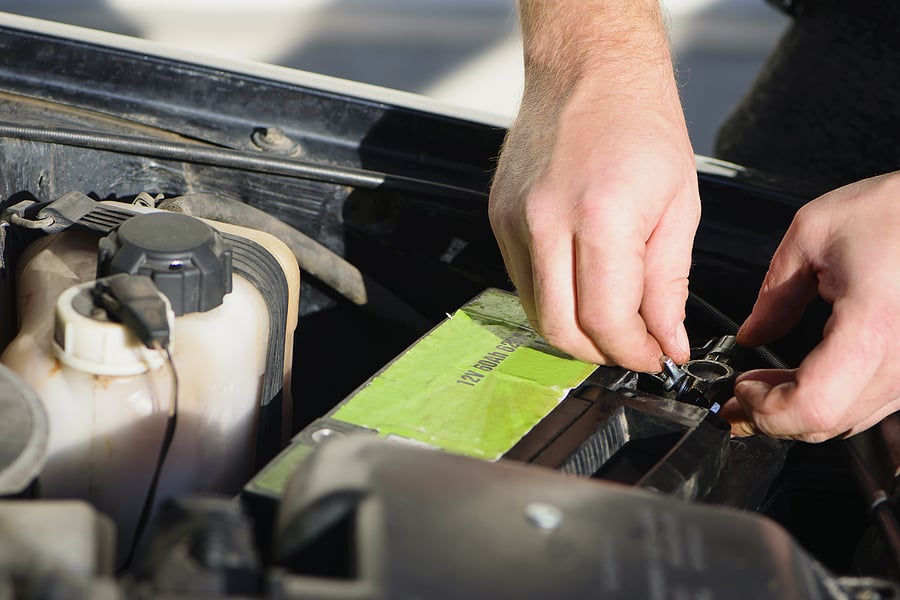 A car battery is inspected under the bonnet of a vehicle.

On top of this, old EV batteries will have the potential to live their second life, subject to the successful extraction and reuse of raw materials. Plus, reusing such batteries for other forms of energy storage is another alternative.

What Happens to Repurposed EV Batteries?

Batteries will need to be broken down, tested, and repurposed (a task of particular interest for automotive battery engineers). Car manufacturers are already finding unconventional ways of reusing old EV batteries by repurposing them as a means to power up streetlights, elevators, and data centres. Renault, Chevrolet, General Motors, Toyota, and BMW are among the automakers that invest in such novel battery recycling methods.

Can We Hope for a Real Green Deal?

For as long as manufacturers achieve better battery afterlives, as secured by the introduction of the Battery Passport, the common denominator of their efforts will be the improvements in manufacturing transparency. And compared to the unsustainability and dangerousness of having batteries end up in landfillsâ€”or the high prices required to recycle batteries with sophisticated chemical proceduresâ€”the alternative called for by the Battery Passport is a clear improvement: give those batteries an afterlife.

But is this alternative enough? Even now, most lithium-ion batteries end up in smelting factories, but not one of the novel recycling processes is able to tick all of the many sustainability boxes. On the plus side, though, alongside several China-based parties that are on the Global Battery Alliance list, there are many other related groups, such as North Americaâ€™s Responsible Battery Coalition, which includes members Ford, Honda, and FedEx. And perhaps the sheer size of both the above regions and these manufacturers suggests that their efforts will, particularly in the near future, put hope into substantial improvements in battery sustainability.

For now, though, Europe continues to be a world-leader in sustainable battery management, and the next ten years will be crucial to distinguish which regions deliver on their green promises. Meanwhile, those engineers who relocate to find other much-needed opportunities in battery sustainability will play a major part in this process.