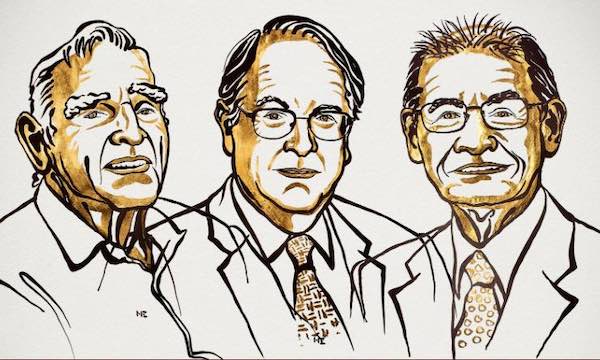 For their past lithium-ion research, which was pivotal in realising today’s world of portable, rechargeable devices, 3 scientists were awarded the Nobel Peace Prize in Chemistry on the 9th of October.

The scientists, M Stanley Whittingham (77) of Binghamton University, John B Goodenough (aged 97â€”making him the oldest Nobel winner in history) of the University of Texas at Austin, and Akira Yoshino (71) of Meijo University, will all receive equal shares of the 9 million Swedish Krona (Â£740,000 at the time of the award) prize.

The honours, which were awarded by The Royal Swedish Academy of Sciences, were deemed by the respective 3 researchers a â€œgreatâ€, â€œwonderfulâ€, and â€œamazingâ€ surprise. 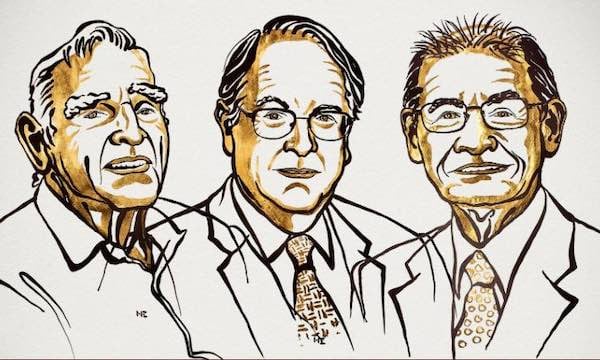 The scientistsâ€™ now-award-winning research was chiefly called for due to the oil crisis in 1973: a new power solution was needed that required no fossil fuels. The 1970s campaign began with Whittingham, who was tasked by his then-employers, Exxon (now ExxonMobil), with finding such an alternative energy source.

The success of Whitingham and his colleaguesâ€™ projectâ€”which was even instrumental in the progress of the hybrid vehicleâ€”was first sparked by the discovery that lithium ions could be reliably shuttled from cathode to anode and vice versa (ensuring Li-ionâ€™s hallmark that we enjoy today: efficient rechargeability). This was established by having the ions successfully integrated, i.e. intercalated, within plates of titanium disulfide, aka TiS2. (While TiS2 was at the time used to form a Li-ion battery cathode, such cathodes are nowadays chiefly cobalt-basedâ€”more on this later.)

Of course, rechargeable batteries were nonetheless already familiar technology at the time. This was in the form of lead-acid batteries (which are still used in many vehicles), but their cumbersome build was just one of the many reasons that they could never have the same universal appealâ€”particularly in regards to consumer technologyâ€”that lightweight Li-ion cells enjoy. 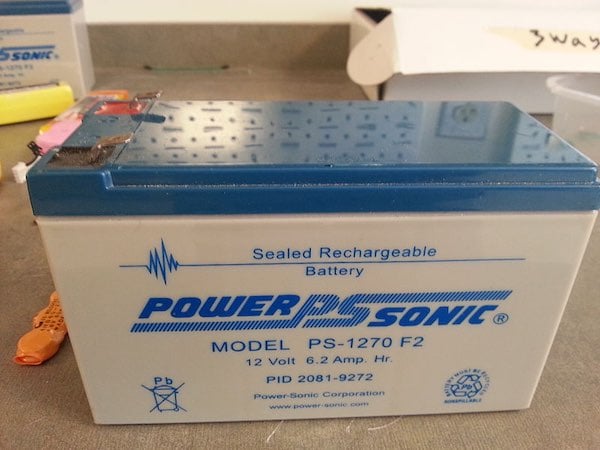 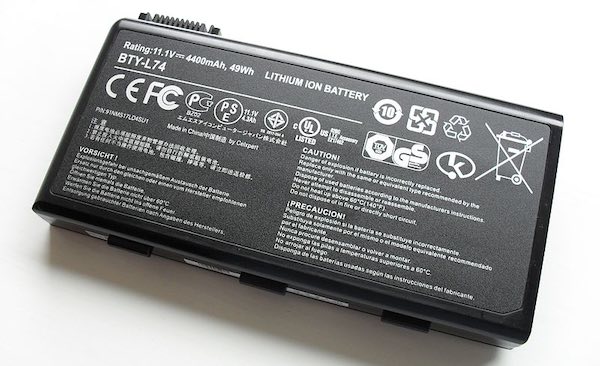 Compare and contrast. A lead-acid battery (top) and a lithium-ion battery (bottom): both rechargeableâ€”but the former is bulky, while the latter is comparatively lightweight. Credit for each image: Wikimedia Commons.

In fact, the potential applications of lithium were no secret in the â€™70s, either; however, the previous research into the highly-reactive metal had not established a safe way for it to be exploited without a significant risk of explosion. And while manyâ€”even modernâ€”Li-ion batteries are still at least somewhat combustible, it was the following 3 discoveries, respectively observed by Whittingham, Goodenough, and ultimately Yoshino, that meant the technology could one day be confidently released to the world.

As covered, it was Whittinghamâ€™s anti-fossil fuel research, particularly the introduction of the TiS2-based Li-ion plates and cathode, that led to a potential-rich (namely 2+ volts) power source: one whose said material housed the spaces required for efficient lithium-ion intercalation.

Again though: metallic lithium in itself is volatile, so the research remained unviable. As per Nobelâ€™s press release, this was until John Goodenough, in 1980, correctly predicted that the cathode should be metal oxide rather than metal sulphide-based: having then demonstrated that the resultâ€”namely cobalt oxideâ€”produced up to 4 volts, the path had been made for powerful, commercial batteries.

In fact, it was just 5 years later that Akira Yoshino created the first commercially-viable Li-ion batteries. For the first time, these earlyâ€”yet breakthroughâ€”power sources consisted of petroleum coke (rather than lithium) anodes, and it was this carbon-based makeup that proved intercalation-friendly, just as its cobalt oxide cathode counterpart was.

Now, over 3 decades later, youâ€™d be hard-pressed to find a portable device that isnâ€™t powered by the lightweight, durable technology; and plenty of further Li-ion-inspired innovations are well underway, too.

As Whittingham told Nobel Media in the post-award phone interview: â€œThe field started off small and it has just mushroomed since then. Itâ€™s great to see all the changesâ€”how itâ€™s impacting everybodyâ€™s livesâ€.