The Leading Developments in Next Generation Batteries

The Leading Developments in Next Generation Batteries 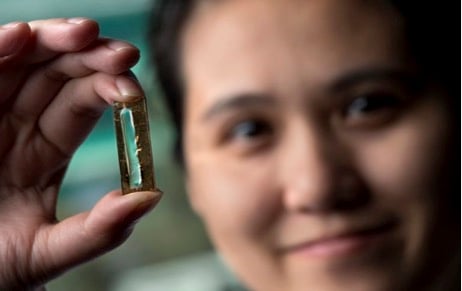 Batteries are the subtle powerhouses behind modern electronics. They function essentially to provide startup currents to varying loads and store charges to provide reserve power for portable or grid-scale operation. Lithium-ion batteries, which are the predominant type, pose a number of issues for devices including overheating, limited charge/discharge cycles, and safety concerns.

Today, cutting-edge research and development are underway to not just improve the efficiencies, but re-engineer the science behind rechargeable batteries, while minimising production costs. Here are some of the latest developments from across the globe.

A Spanish manufacturer, Graphenano has begun production of Graphene polymer batteries for EVs, bicycles, drones, homes, and medical devices (such as pacemakers). The batteries, known as Grabat, utilise a combination of graphene and lithium materials to achieve very high energy densities and charging speeds. In EVs, they can give a solid 800 kilometres (497 miles) of mileage on a single charge.

Ryden Dual Carbon batteries comprise an anode and cathode, both made of carbon, which is immersed in an organic electrolyte. They are eco-friendly, recyclable alternatives to lithium-type cells and derive their components from plants. They can achieve up to 3,000 charges/discharge cycles. Experts say they expect to see them in EVs like the Tesla Model S in the coming years. 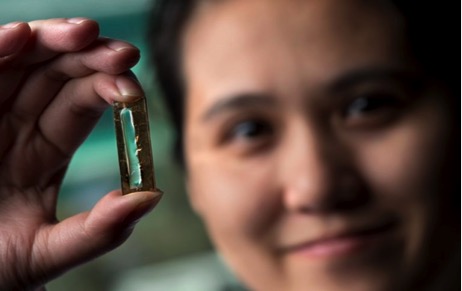 Achieving a giant leap in the quest for extending battery lifespans, researchers from the University of California, Irvine have developed a new nanowire battery that can recharge hundreds of thousand of times with minimal degradation. The work has been published in ACS Publications.

Nanowires are thousands of times thinner than a strand of human hair (<100 nm) and made from semiconductor materials, e.g., silver, gold, zinc oxide, silicon, and germanium. Earlier attempts to harness the material for its ultra-conductivity and large surface area, namely for the transfer and storage of electrons, proved unsuccessful due to its extreme fragility and rapid degradationâ€”with constant charging/discharging cycles. The chemists at UCI coated the nanowires with gold, enclosed it in a manganese oxide shell, and placed the resultant assembly in a plexiglass-like gel.

The result is a flexible nanowire material protected from external shock. UCI graduate researcher and project lead Mya Le Thai charged and discharged the nanowire-based battery at least 200,000 times over 3 months, and the material showed no signs of degradation.

In July 2018, a team of Stanford University researchersâ€”led by William Chueh, assistant professor of Materials Science and Engineeringâ€”discovered a way, based on new materials, to store vast amounts of intermittent energy, such as solar and wind, using special flow batteries.

Essentially, flow batteries are electrochemical cells that store charge via 2 chemical compounds. These are dissolved in an electrolyte (such as vanadium or acid sulphur) and separated by an optional membrane that can be made of a polymerised organic material.

The new grid-scale flow batteries from Stanford use a metallised liquid solution of sodium and potassium at room temperature, which occurs in the negative side of the batteryâ€”separated by a thin ceramic membrane made of potassium and aluminium oxide (see diagram below). 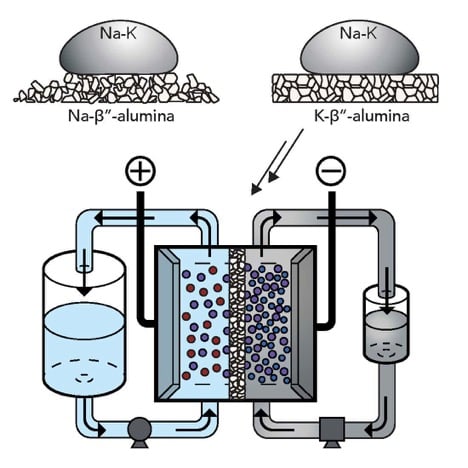 The solution doubled the maximum voltage of regular flow batteries. Improvements are currently ongoing to optimise the design across several metrics (such as cost, size, efficiency, lifespan, and safety), and the team is experimenting with different membrane materials to optimise the batteryâ€™s performance at room temperature.

A Swiss startup, Innolith claims to have produced the worldâ€™s first 1,000 watt-hour/Kg energy density rechargeable batteries for EVs. If the company makes good on its claims, the batteries, so-called '2170 Cells', would theoretically surpass current Li-ion EV battery capacities by a factor of 4 and allow EVs to achieve at least 1,000 hours of mileage on a single charge.

Innolithâ€™s 2170 Cells are high power density solid-state lithium-ion batteries, which have a liquid electrolyte immersed in an inorganic substance. Innolith's chairman, Alan Greenshields, states that the use of inorganic materials in its batteries would help eliminate the risk of fires.

The company says it will introduce its product to the market through pilot production in its German facilityâ€”with planned partnerships with major battery and EV manufacturersâ€”and will scale up to commercial production by 2022. 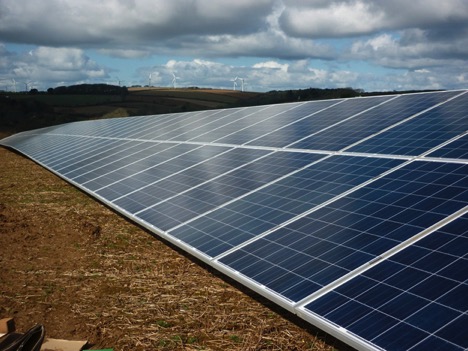 Researchers at Ohio State University led by Professor of Chemistry, Yiying Wu, have designed a more efficient and reliable potassium-oxygen cell by using a new material in the cathode. According to the designers, the aim was to create a reliable, cost-effective battery to capture energy from renewables, such as wind and solar, for applications in grid-scale or portable electronics.

Potassium-oxygen batteries, which were first introduced in 2013, have typically suffered degradation after only a few (5 to 10) charging cycles, due to the presence of oxygen in the anode.

Accordingly, Paul Gilmore, a doctoral candidate at the university, started adding a polymer to the anode to shield it from oxygen intrusion. The result was batteries that could be charged 125 more times than their un-shielded equivalents. They also had power densities several times greater than Li-ion batteries. The research, which was funded by a National Science Foundation grant, is still ongoing. The new potassium-oxygen batteries will be utilised in a great multitude of devicesâ€”from cell phones to laptops, EVs, and power grids.

For more on battery breakthroughs, have a look at our opinion piece on GBatteriesâ€”an AI-based solution to charging.