The Problem with Maglev Trains: A Red Light for Frictionless Travel

The Problem with Maglev Trains: A Red Light for Frictionless Travel 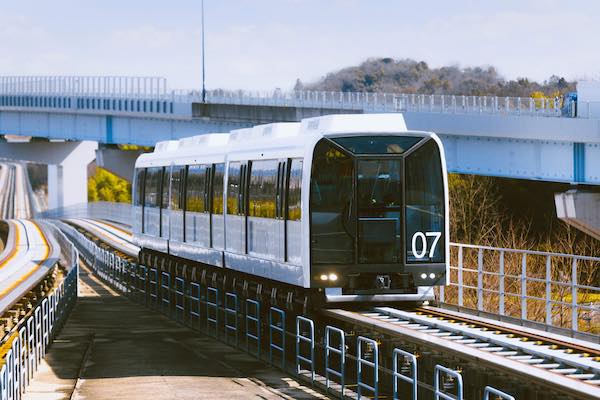 Major maglev projects run by the U.S. and the U.K. have eventually been stopped. Is it because of infrastructure costs, lack of market opportunities, or something else?

Electromagnetism is among the most fascinating discoveries of humankind. Electromagnetic fields are everywhere, either human-generated or created by nature, and compose the basis of many modern technologies. Still, electromagnetism in transportation has been vastly underused, mostly because of the considerable price tag attached to building the infrastructure.

Why Initially Enthusiastic Projects Eventually Get the Halt

Magnetic levitation is the technology behind maglev trains. Maglev trains are hovering trains that don't include direct contact of the vehicle with the traditional rail but rather "float" or "hover" above the rail propelled by electromagnetic forces created from electrically charged magnets.

For now, there are only six commercial maglev trainsâ€”including the Shanghai's 30 km maglev lineâ€”connecting Pudong International Airport (PVG) with Longyang Rd, which is running at an amazing speed of 430 km/hr, as well as several Japanese maglev lines that are breaking speed records in a testing phase.

Why is such a dynamic force such as electromagnetism underused in transportation? If we are to explore the more profound problems and the controversy surrounding maglev trains, we need to examine what makes the superfast technology expensive and problematic to implement. Whether it will have the destiny of other modes of non-contact or frictionless travel, remains to be seen.

The Magnetic River: A Historical Perspective of Maglev Trains

In a demonstrative video about the magnetic river from 1975, Professor Eric Laithwaite from the Imperial College London elaborates on the principles of magnetic levitation. (That same electrical engineering professor was behind the first-ever commercial maglev line, which was running between Birmingham Airport and Birmingham International Railway Station back in 1984. The line later closed due to reliability and design problems.)

Professor Laithwaite explains the travelling magnetic field behind the magnetic river using a simple solenoid model made of an electromagnetic coil of wire. He gradually advances with new elements as he solves design problems.

The electromagnetic coil of wire includes an iron core that strengthens the field force to attract or repel the floating element made of non-magnetic aluminium, thus creating a linear motor model.

Later in the video, he replaces the coil of wire with higher-performing rows of rods, demonstrating how vertical rods, seemingly movable in a wave-like fashion, create the magnetic river that propels the horizontal movement of the floating object. 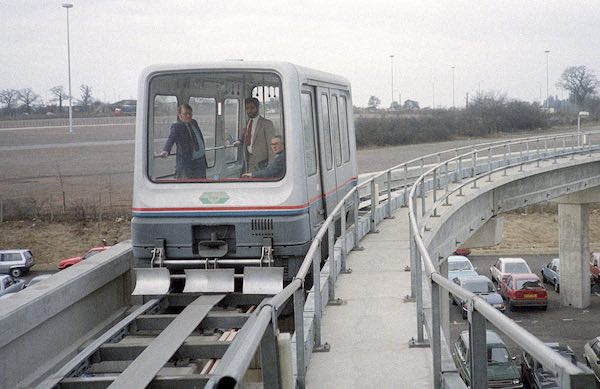 The first-ever commercial maglev train in Birmingham, England, running between 1984 and 1995.

For the maglev electrical system trains to work correctly, five major components need to be considered:

The Indutrack, for example, uses permanent magnets at room temperature and a passive track. This is a newer type of electrodynamic suspension (EDS), that has replaced powered electromagnets or cooled superconductor magnets.

It uses a power source only to accelerate the train until it starts levitating above the passive track. In this case, the power source is made of electrically shorted circuits containing insulated wire that are aligned like ladder rungs.

EDS is intrinsically stable and doesn't require a system for feedback control. However, EDS trains must include wheels to stabilise the impact of the potential reduction in the supplied currents, which would stop the levitation.

Since there is a 15-mm distance between the vehicle and the track, minor changes in the distance could cause train instability. Therefore, the EMS system needs a constant feedback control system, which is its most significant disadvantage. 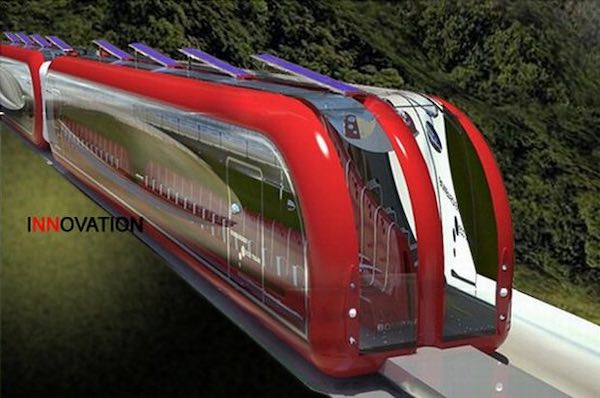 Maglev trains aren't compatible with the current railway infrastructure. A new one needs to be built from the ground up.

With its National Maglev Transportation Technology Research Center and the Chengdu Aircraft Industry Cooperation (CAC) in South Central China, China is dedicating significant resources to magnetic levitation trains. However, that is not the only country that is looking to advance maglev railway technology. Japan has a long history of maglev research that dates back to 1962, and so has the United Kingdom.

The fastest running levitation train globally, Shanghai Maglev, built by Transrapid (which has several other maglev projects underway), cost $1.2 billion to make. Efficient trains should run at full capacity, and Shanghai Transrapid looks like it doesn't, and brings only a portion of the capital costs â€” $60 million per year â€” to its investor.

Are Maglevs Viable as a Transportation Method?

Some suggest that they could induce maintenance savings up to 70% lower than conventional railway technology. In the long run, their cost-effectiveness seems to be getting a new meaning. Then why are we not building them more?

One reason is the need for power supply substations that must be positioned along with the railway network.  Additionally, maglev trains pay off when they connect two large cities that are at least 500 km apart to be able to justify their existence as a transportation method that would replace short-distance airline travel. Few cities like this exist.

What could also be causing maglev trains' problems is the adversarial impact on the market, which is reluctant to welcome new technologies, thus eliminating old ones. Some call for electricity usage as an unsustainable technology.

In that sense, a contest-winning proposal by Francisco Lupin, which uses solar panel energy to power the train, may be something that could be explored further because of current forward-moving trends in solar vehicle innovation, despite being only a contest concept.

The True Potential of Magnetic Levitation

Finally, issues like maglev railway accidents, although not so common, still pose a problem. Nevertheless, magnetic levitation has many other promising fields of application.

Although we may not be seeing flying cars or widespread levitating vehicles any time soon, civil, military weapons, and aerospace engineering doesn't typically revolve around the prudent money-spending approach. Therefore, they can be the first fields to offer practical maglev solutions.