The Tiniest Radio-Frequency Antennas Yet — Designed Specifically for Wearable Electronics

The Tiniest Radio-Frequency Antennas Yet — Designed Specifically for Wearable Electronics 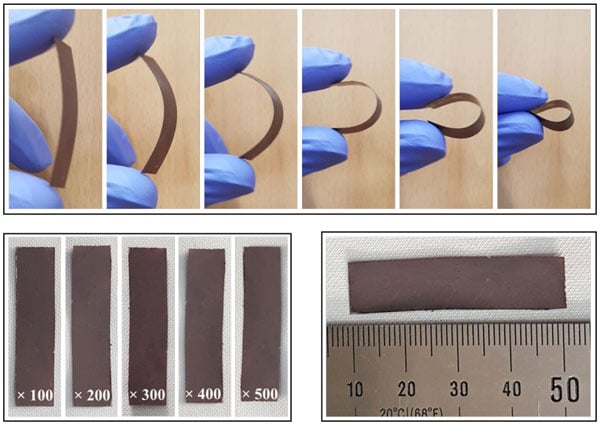 Researchers at the American Chemical Society (ACS) Nano have created the tiniest radio-frequency antennas ever reported.

Unlike the typical antennas, which are usually made of metal conductors like aluminium, copper and silver, the new antennas introduced by ACS are made of a 2D material that consists of a layer of metallic niobium atoms sandwiched between two layers of selenium atoms (chemical formula NbSeâ‚‚).

This compositional method was developed with the hope of overcoming a common issue with antennas that receive and transmit radio waves: lower performance quality with the use of metal conductors, such as aluminium, copper, and silver.

By utilising the 2D material as an alternative, along with an ultrathin material to construct the antennas, the researchers were better able to maintain the radiation efficiency of the antennas and overall optimal performance standards.

(a) A Schematic representation of the synthesis of NbSeâ‚‚ thin film by spray coating method, (b) Zeta potential measurement of different concentration of NbSeâ‚‚ colloidal solutions. Image Credit: ACS.

The Function and Use of the Antennas

The team, led by ACSâ€™s Keun-Young Shin and Ho Seok Park, created the ultrathin antennas by spray-coating layers of NbSeâ‚‚ nanosheets onto a plastic substrate.

The researchers tested the 885 nm-thick antennaâ€™s performance and came to the conclusion that a 10-by-10 mm2 patch of the ultrathin material was optimal, with a radiation efficiency of 70.6%â€”along with the ability to propagate radio-frequency waves in all directions.

According to the researchers, by changing the length of the antenna, the frequency could be adjusted between 2.01 and 2.80GHz, making the technology ideal for use in devices that utilise Bluetooth and Wi-Fi frequencies.

Moreover, because of the flexibility of its materials, the antenna was able to stretch and bend without altering its performance considerably, making the new discovery ideal for wearable applications.

Commenting on the research, the authors also said that antennas made of this material could be usedâ€”not only for wearablesâ€”but also in applications related to deep-space communications. This would be due to the material being rendered a superconductor due to the extremely cold temperature (approximately âˆ’270.15Â°C) of space.