The U.S. and Europe Are the Main Adoptees of 3D Printing Technology

The U.S. and Europe Are the Main Adoptees of 3D Printing Technology 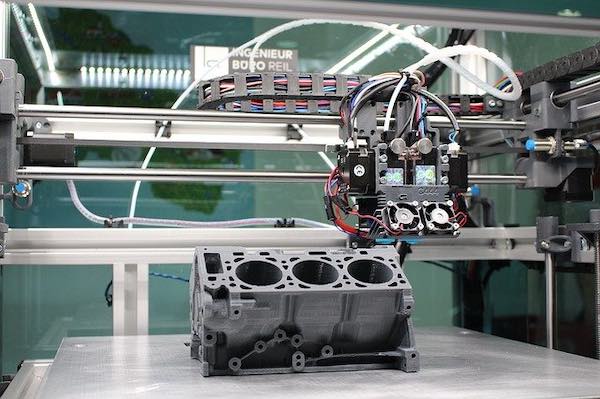 Research from Ultimaker, the world leader in desktop 3D printing, in partnership with Savanta, released its inaugural 3D Printing Sentiment Index in November of last year and put the USA and UK in the top spots alongside Germany.

Independent research conducted by Savanta and published by Ultimaker, places the U.S. and UK in the first and second spots respectively, followed by Germany in third, as the most advanced countries in 3D printing.

The index provides a comprehensive view of the current and future potential for 3D printing in 12 countries. Other European countries featured in the list are France, Italy, Netherlands, and Spain.

The UKâ€™s spot in number two means that the UK, second only to the U.S., has the highest overall index score and therefore the highest expectations for implementing 3D printing and additive manufacturing. 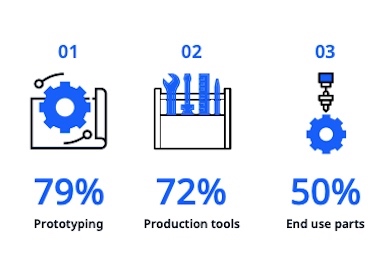 In 2018, research by HP and A. T. Keaney pointed to the UKâ€™s standing as highly promising for 3D printing. This is because the UK was and still is, rapidly expanding its 3D printing capability. It also has the worldâ€™s fastest domestic 3D printing market. When this research was published, the UK came in fifth globally behind the U.S., Germany, South Korea, and Japan.

The adoption of 3D printing by UK businesses has had a major impact on the countryâ€™s high index score. While there are some barriers to entry, the provision of specialist training, newly skilled workers, and a more relaxed investment attitude by business decision-makers has helped the UK leap ahead of other European nations.

Support centers and resources, such as Sheffieldâ€™s AMRC and Coventryâ€™s MTC, have received praise for its work in closing up the skills gap and educating businesses about the powerful ROI that 3D printing can deliver when used appropriately. 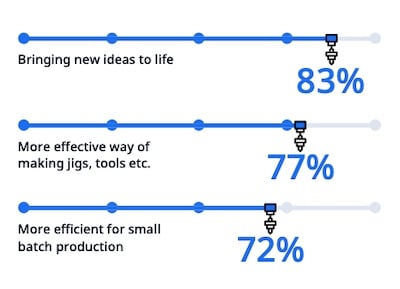 A breakdown of the perceived benefits of 3D printing from the Ultimaker and Savanta survey. Image Credit: Ultimaker.

What is the 3D Printing Sentiment Index (3DPSI)?

The 3DPSI is a measure of market awareness and adoption of 3D printing, including adoption levels over time and overall awareness of the potential impact of the technology of the 2,548 interviewees, all of whom were qualified industry professionals. An in-depth analysis of macro-economic factors was also accounted for.

Research results show that the Netherlands (83%), Switzerland (82%), and the U.S.  (77%) demonstrated the highest levels of market awareness. The Netherlands is often considered a European tech leader and is home to several 3D printing companies whereas Switzerland has strong levels of growth in both manufacturing and research â€“ industries that use 3D printing more than any others.

In terms of awareness and adoption levels, the UK is largely on par with other leading countries in terms of adoption and awareness. The UKâ€™s high positive perception of 3D printing â€“ 87% of those asked indicated that they believe 3D printing can offer untapped benefits and bring new ideas to life â€“ correlates nicely with the fact that UK businesses are generally more receptive and willing to use 3D printing solutions.

â€œBeing close to end-customers is something we always highly value,â€ says Jos Burger, CEO at Ultimaker. â€œThese findings confirm our current strategy for delivering easy-to-use, reliable solutions that anyone can leverage to gain a fast ROI with 3D printing. In that sense, Ultimaker is uniquely positioned, since we provide the market with an open ecosystem of hardware, software and materials. By delivering a complete solution that seamlessly integrates with existing workflows, we are on track to facilitate this positive future growth potential and continue to be the driving force to achieve true digital distribution and local manufacturing.â€