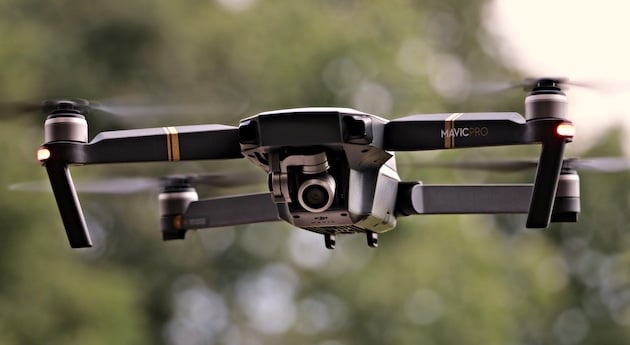 Chances are high that every person reading this has seen a drone in flight, or even used one before. But what makes these miniature aircraft work? This article will get into details about the most vital components of drones and some current and emerging applications of drones.

A drone (aka a â€œquadcopterâ€) is a type of remote-controlled aerial vehicle or aircraft capable of autonomous flight using several onboard hardware and software systems. These miniature air-borne vehicles serve a variety of purposes, including military, commercial, and recreational uses. Drones can be controlled remotely using a hand-held controller to fly, navigate, and land.

What Are the Components of a Drone?

The components of a drone consist of the drone itself and its controlling system. Regardless of brand or model, drones typically comprise the following parts:

Let's take a look at each of these drone components in closer detail:

Drones utilise DC power from a battery for its passive electronic components, sensors, cameras and other features. The type of batteries used combine lightweight with high power densities to keep the vehicle air-borne for as long as possible without weighing the drone down in-flight.

The capacity of the battery utilised will depend on the size of the drone and the number of onboard features. Typically, these are lithium-polymer (LiPo) batteries up to 4.2 V or Lithium-polymer high voltage (LiHV) batteries up to 4.35 V. Drone batteries can be grouped in series to increase the total voltage and work with battery monitors that help to monitor their performance.

Antennas enable radio-frequency communications between the flight controller and drone by emitting or receiving signals. The receiving unit located on the drone receives RF signals from the controller, which contains the transmitting unit.

Cameras are essential in drones designed to perform visual operations such as aerial photography or surveillance. They give the user a first-person view (FPV) of the area ahead and take images. Drone cameras come with wide-angle lenses enabling them to capture large portions of land during flight.

Additionally, the GPS module can help to locate a missing drone.

Today's drone manufacturers often utilise brushed or brushless motors with low power consumption and greater efficiencies. The more efficient the motor, the longer the battery lasts before needing a recharge.

Drones typically contain two types of propellersâ€“standard and pusher propellers that are attached to the drone motor. Propellers are designed for increased aerodynamics.

Standard propellers are located at the front of the drone and are responsible for lifting the aircraft vertically. Pusher propellers are placed at the rear and produce the forward and backward thrusts that move the drone across distances. Propellers are made of lightweight plastic or carbon fibre. 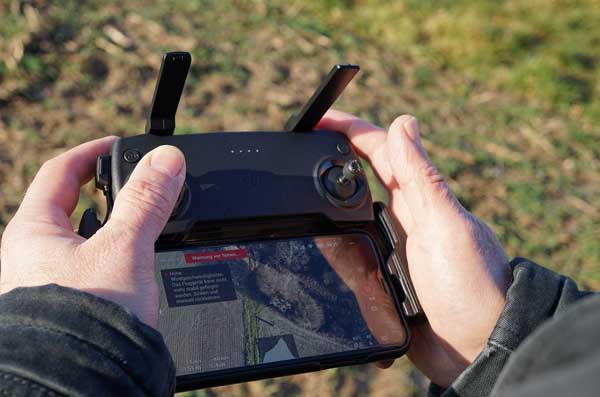 A flight controller shows the aerial view from the droneâ€™s vantage point.

The ESC is an electronic circuit inside a drone primarily responsible for regulating its speed during flight. ESCs also comprise DC-AC converters to transform dc power from the battery into 3-phase, high-frequency AC power to drive the motors. Today's ESCs are powerful, space-saving solutions that are implementable with single-board computers (SBC) and microcontrollers such as Raspberry Pi and Arduino.

Drones can be equipped with several sensor types to aid manoeuvrability, relay information from the drone to the flight controller, and protect the drone during flight including ultrasonic sensors,

Light Detection and Ranging (Lidar), altimeters, accelerometers, and more. Ultrasonic sensors and lidar sensors are used to detect and map out distances or ranges via ultrasonic pulses or laser. Similarly, altimeters and accelerometers measure the altitude and speed of the drone during flight.

The flight controller is a remotely operated unit responsible for the drone's movement. It houses the motherboard that provides a link for communication, commands, and navigation. The flight controller also contains peripheral connector ports (e.g., USB or VGA) for programming, debugging, flashing, and software/firmware upgrades. 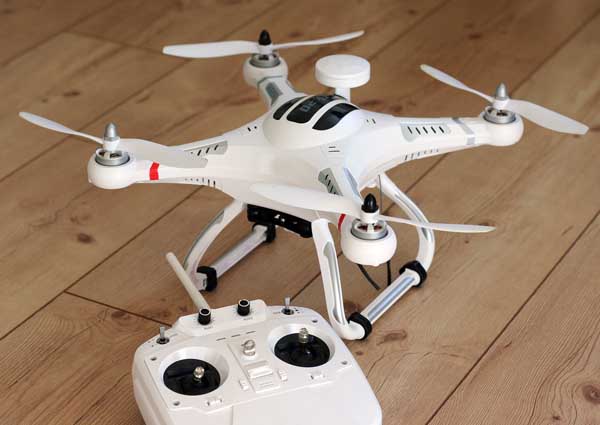 A drone and flight controller.

Drone technology is currently at the forefront of several trends in commercial, industrial, and military applications. According to a report by Fortune Business Insights, the market size of military drones alone stood at $7.93 million in 2018.

Military drones are equipped with weapons and programmed to carry out airstrikes on enemy camps in order to minimise civilian and military casualties. Commercial drones, which are extensively used for aerial photography are finding new applications as well.

Agricultural drones are being used to assist farmers in performing operations such as crop growth monitoring and irrigation planning. Hobbyists and outdoor explorers also regularly use drones to capture images of landscape, animals, natural wonders, and more.

Moreover, there is a burgeoning market for drones that can fly intelligently and perform operations with minimal human supervision. For example, PX4 Autopilot is open-source software for remote-controlled aerial vehicles including drones, that allows them to fly autonomously via dedicated communication protocols, 2D and 3D aerial mapping, and drag-and-drop waypoints.