3 Implantable Medical Devices That Should Have Never Left the Lab

3 Implantable Medical Devices That Should Have Never Left the Lab 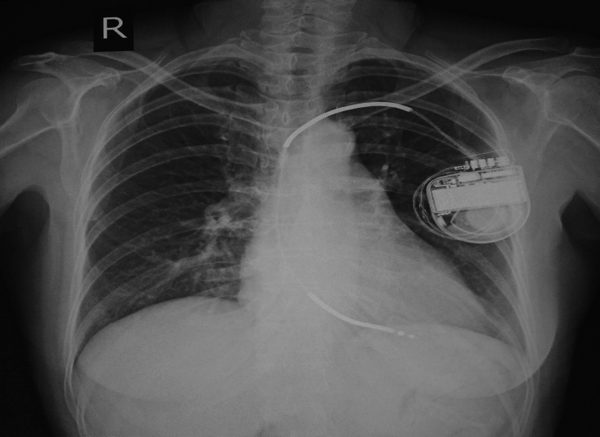 Since the first pacemaker was implanted back in 1958, there have been numerous developments and innovations in the area of implantable medical devices. By their very nature, these devices need to exist within the human body, and they are challenged by material, power consumption, size shrinkage and more.

Once a device is placed, our bodies test the components by creating electrical, chemical and mechanical reactions. These potential reactions need to be carefully considered and tested during the development of devices to ensure there arenâ€™t any serious issues. With the rapid advance in science and engineering technology, more and more implantable devices have hit the market. These devices offer patients some incredible benefits such as the possibility to regulate their hearts, track their blood pressure, and even regain their hearing.

However, in spite of the obvious medical benefits of many of the implantable devices available, they have up until now faced remarkably little regulation. Investigations in the UK and the U.S. have revealed that many devices havenâ€™t been adequately tested prior to ending up inside patientsâ€™ bodies. Implants that had failed in baboons or had only been tested on corpses have been made available to the general public.

Whilst the industry has transformed millions of lives for the better, surely safety testing should be more rigorous for a device living inside of us than for an electric toothbrush? Companies have been allowed to shop around until a safety organization is willing to approve their product, while doctors have been left in the dark as to the true risk of the treatments they are recommending. One report states that over the last 10 years, faulty medical devices have caused 1.7 million injuries in the U.S. and almost 83,000 deaths. 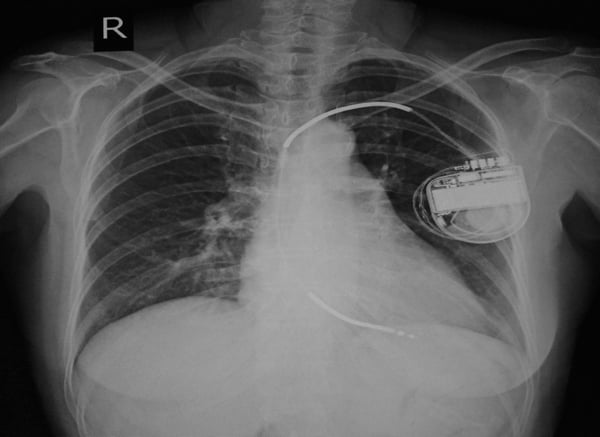 The Reliability of Pacemakers

As the first implantable device that became commonplace, we have come to accept the trustworthiness of pacemakers. The devices are surgically implanted in individuals to help treat life-threatening heart arrhythmias. The pacing system generally consists of a generator,  microprocessor, and electrical circuits encased within a metal surround and connected to a plastic connector block and lead. The pacing lead is made from durable and highly flexible insulated plastic so that it is able to withstand the constant bending and twisting within the body, and electrodes within the pacing lead act as both electrical conductors and sensors.

It gathers information about the heartâ€™s activity and sends it to the microprocessor. If an abnormal electrical pulse is detected the microprocessor directs the generator to create a small current. The devices can speed up or slow down the heartâ€™s rate and can also be adjusted through a radio frequency remote control. Doctors are able to use a programmer to access activity recordings, reprogram signals, and review battery life.

It Hasnâ€™t Been Plain-Sailing for Pacemakers

Back in 2005, Guidant, a well-known pacemaker manufacturer, failed to tell doctors or patients of a fault causing their defibrillators to short-circuit. Instead of meeting strict regulation, the device was implanted into around 24,000 people. Although rare, the fault occurred due to a short-circuit when the device built enough charge to deliver a high-energy shock. The companyâ€™s stance was that the failure rate was very low and replacing the devices could well pose a greater patient risk. However, the issue resulted in two patients losing their lives when the device short-circuited. The model was then recalled, but the choice remained in the hands of the manufacturer.

Although a unique case, the Guidant issue raises important questions over regulation and the associated issues of battery life and power. In recent years there have been a number of improvements in pacemaker technologies, and we are surely soon to see more advanced models being implanted. Hopefully, they will be able to save more lives, so long as testing and regulation are adequate to ensure they are safe.

1. Longer Battery Lifeâ€”Most pacemakers need to be replaced around every five years. New studies are looking at using piezoelectricity to harvest energy from heartbeats themselves. The power source would be smaller and also self-powering. Other approaches use algorithms to monitor the heart in real-time, thereby reducing pacing as much as possible.

2. Leadless Systemsâ€”Pacing systems are being developed that eliminate the need for pacing leads. The devices use minute electrodes that receive electrical signals wirelessly through ultrasounds. The electrodes can be implanted directly into the heart while the pacemaker in the chest sends ultrasonic pulses to stimulate the heart.

3. Wireless Monitoringâ€”Tracking device data and patient health through wireless monitoring reduces the risk factor of pacemakers. Until now, non-wireless systems have needed a magnetic sensor to be placed over them to download data. The newer models use radio transmissions to download patient data and sync it with external monitoring systems. 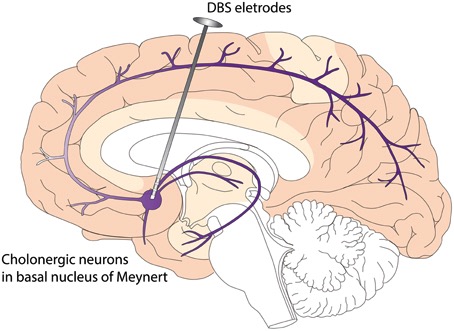 The Profound Effects of Brain Implants

Although they are a newer development that isnâ€™t yet well-known, brain implants are picking up a lot of attention from big players in the medical industry, and the potential risk factors are, of course, considerable.

The neural implants are electrodes connected directly to the human brain, either placed on the surface or attached to the cortex, and battery-powered pulse generator then delivers low-intensity electrical pulses to the electrodes through wires.

A lot of the current research is focussed around creating a biomedical prosthesis which can bypass dysfunctional areas. In fact, neural implants are becoming a more routine treatment for people suffering from the likes of Parkinsonâ€™s disease, thereby stopping tremors and other unwanted symptoms.

There Are Significant Side Effects

While neural implants have proven successful in treating dysfunctional areas of the brain, they have also been shown in some instances to change the subject's perception.

Patients using the implants have experienced hallucinations with the implants in placeâ€”it is no wonder, really, as there is an asymmetry between electrical devices and the tissue of the nervous system. The implants need to translate the language of ions, such as sodium and potassium, into electrons. This creates big questions around how much the implants control peopleâ€™s behaviour and whether people with implants are entirely responsible for their actions.

On top of this, the development of wireless versions of the technology has opened up new concerns. In short, it could be possible for the implants to be hackedâ€”a phenomenon known as brain-jacking. To date, the implantable devices arenâ€™t encrypted or authenticated. Research suggests that future neurotransmitters will use information from brain waves to tailor therapies, meaning that private thoughts could, in theory, be exposed.

It is certainly clear that the wireless versions of this technology need to be developed and regulated in such a way that doctors and patients are aware of the risks. To date, these types of implants have relied on microcontroller systems that donâ€™t have random number generation hardware.

Engineers have suggested using a novel security architecture with a session key initialization, key transport, and secure data communication. However, the wireless networking between the implant and a diagnostic base station still leaves the device at risk of interference. A further solution under development is the use of the brain as a true random number generator by using a physiological signal from the brain. The key would then be transmitted to an external device using an electrical signal. 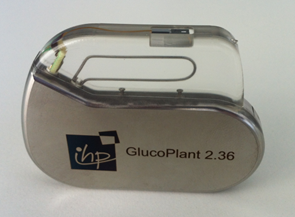 Implantable automated drug delivery devices can be used to treat a number of illnesses.

They have the advantage of being site-specific, they often require much lower doses which can reduce side effects, and they ensure patient compliance. A typical example is the use of an implant to deliver insulin as a treatment to people with diabetes.

Insulin pumps are programmable devices that allow for resupply of the medication through an access port. The pump is located within the peritoneal cavity allowing the rich supply of blood vessels to efficiently absorb the insulin when released. The computerized devices mimic the way the human pancreas works by delivering small doses of short-acting insulin continuously along with varying amounts based on meal times.

Although seemingly a great solution to manual injections, very few people use the implantable devices, especially as there are very few locations globally where they can be refilled. Problems with the pumps include the potential interference caused by equipment with magnetic fields, such as MRI machines, potentially resulting in over-delivery and severe hypoglycemia. As well as this, as we have seen with other implantable devices, battery life is an issue. The lifetime of the devices is limited, resulting in replacement surgery. Also, although taking over the worry of self-injecting insulin, patients arenâ€™t able to self administer the drug when required and are at the mercy of their individual program.

New studies are working on creating batteryless implantable insulin delivery systems. The pump would consist of an assembly of magnets and constituent units with a drug reservoir and an actuator. The plunger would only infuse insulin when a magnetic field is applied to the exterior of the body, the strength of which can propagate tissue without damage. This solution would allow patient-driven on-demand insulin release. Other implantable devices are also on the market to help people living with diabetes. Most recently continuous glucose monitoring systems, fluorescence-based sensors, have been implanted subcutaneously in the upper arm with a transmitter worn above the sensor and a mobile app able to show trends and issue alerts.

The Fate of Implantable Devices Remains to Be Seen

The use of implantable devices to help deal with medical conditions has really just begun. Research is plowing forward to treat epilepsy with the use of implanted electrodes, to use medical magnets to address chronic pain, and even to use brain implants to treat patients with paralysis. Some of this technology may be a few years off, but there is no doubt that it is on its way. There is a more ethical question however surrounding the regulation of these devices, how well we as patients will understand what we are allowing to be done to our bodies and, ultimately, whether we will be in control.