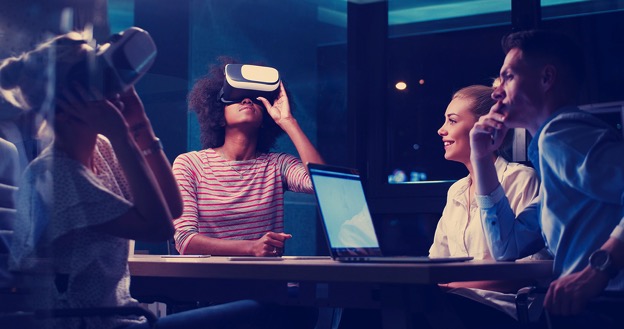 Virtual reality is making its mark worldwide across all industries and verticals, with entertainment now proving to be just the icing on the cake. Here are three key areas where VR is coming into its own.

Letâ€™s start with a look into the medical and military fields, before finally considering the industry that first made this all possibleâ€”engineering itselfâ€”and why its ideal VR applications bring something new to the table altogether.

Virtual reality exposure therapy (VRET) is just one treatment that immersive technology is bringing to therapy patients with anxiety issues such as phobias.

Therapy tech company C2Care is just one example of the pioneers who are â€œimmers[ing] the patient progressively in the face of the object of his or her disorderâ€, meaning that the offending fear trigger, no matter how obscure, can not just be faced head-on but in a fully-controllable manner, too. 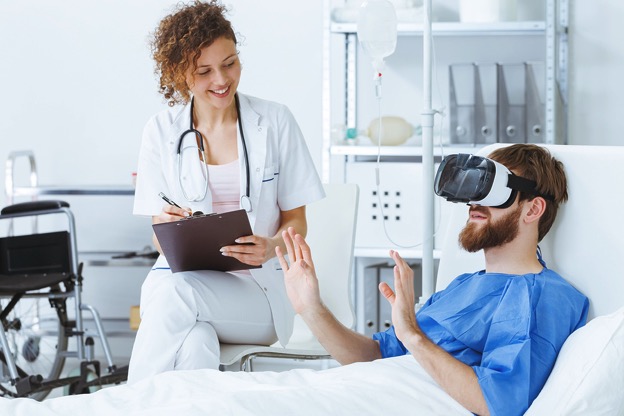 Traditional exposure therapy is, of course, nothing new, but now by simply introducing VR head-mounted displays (HMD/s), the two main principles of such a treatmentâ€”namely in vivo exposure, the confronting of a phobia in real life; and imaginal exposure, the confronting of a vividly imagined phobiaâ€”are seamlessly merged into one as the validity of a (virtually) real-life encounter is met with the safety and practicality of an imagined scenario.

This circumvents the limitations of in vivo and imaginal exposure therapy, particularly in regards to logistics and the human imagination. The use of VR means that the more unreplicable phobias (such as fear of flying) can now be simulated in a convenient, yet equally convincing, way. Itâ€™s this manageability that C2â€™s psychology literature suggests is driving much of VRâ€™s success in medical treatments at large.

Young soldiers are often a target for military recruitment, so what could help the enlistment process along more than VR for the digital generation?

In fact, technological industry solutions company Capita has advertised the military career route accordingly: VR field experiences at recruitment events (which is a step up from the usual job brochures!). 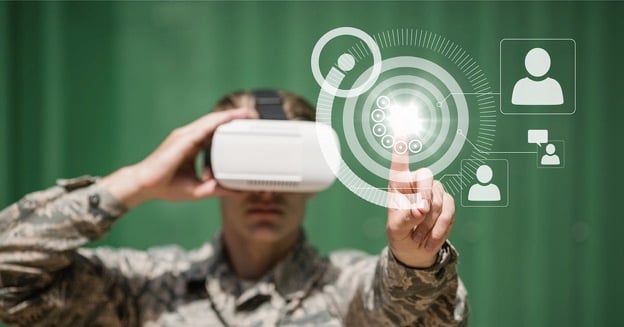 The British Army has certainly taken well to such an approach, too, by teaming up with VR and AR agency Visualise to offer Waterloo Station commuters Samsung Gearâ€™s UX of driving a tank, which means that job advertising (and not just for the military) is now forming a â€˜show, donâ€™t tellâ€™ approach that is vital in combating the armyâ€™s shortage of recruits.

But military VR applications do not stop at the recruitment stage, of course, but apply to career development, too. After all, you canâ€™t spell â€˜immersive trainingâ€™ without â€˜immersiveâ€™. The modern ability to submerge the user in an artificial environment is ideal for preparation in the field without the safety issues that come with it.

In fact, the UKâ€™s Ministry of Defence report over 1 in 20 fatalities due to training exercises gone awry: think of parachute training, for example, where human error poses a critical risk to personnel. The â€˜safe spaceâ€™ factor of VR is revolutionary here: the military has invested in parachute trainingâ€™s foolproof alternativeâ€“indoor skydiving, a VR experience that vertical wind tunnel company Tunnel Vision call â€˜VR4Dâ€™.

The control and repeatability involved in such VR simulations are vital for military personnel wellbeing, and in fact, it may even call for fewer on-site training instructors, as Samsung's Insights page touch on here.

Weâ€™ve discussed what users can learn and experience with VR, but not so much what they can do. So now it's time to move passed HMDs, because while they are intuitive, they still do not quite offer the comfort and unencumbered nature that comes with wireless, non-wearable immersive interfaces.

This is where CAVE (the recursive acronym for CAVE Automatic Virtual Environment) comes into its own. CAVE is a vital part of the engineering world because it can offer up to 360 degrees of immersion to the user, particularly an engineer, who wishes to do all manner of work, such as inspect a DUT up close, analyse manufacturing data, and even experience flight simulations. 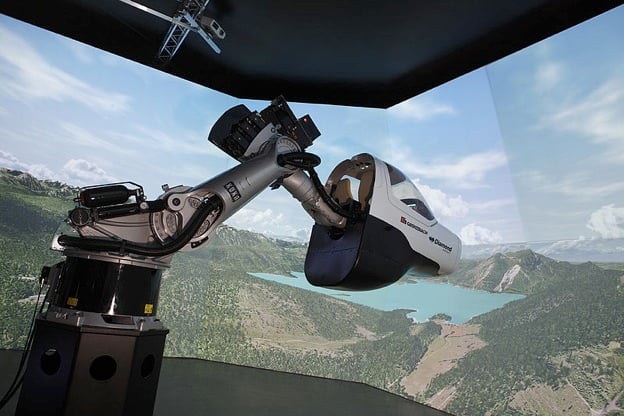 The CAVE is essentially a room that can have up to all 6 sides, 3 being the minimum, display projections of their respective aspects of a virtual environment, meaning the HMI surrounds, rather than immediately faces, the user, or users!

Picture, to quote Visbox, the company behind CAVE:

What the engineer is offered, then, is an intuitive, handset-operated HMI that does not hold the user back through the potential encumbrance of traditional VR controls (namely the sometimes awkward HMD). It is now easy to see the benefits that the technology can bring to the manufacturing world.

To consider just two examples, think of teaming up with a group of manufacturers to explore the plans of a smart home while it is still in the design phase, or executing bomb disposal approaches with the safety and freedom of movement required for foolproof trial and error.

All in all, the implications of CAVE are certainly in the engineering industryâ€™s favour. By taking the intuitiveness of VR, while removing the more insular and uncomfortable aspects of a headset-based UX, this is just one example of immersive technology making a key industry more accessible.

With the vital medical and military industries seeing more and more VR funding, thereâ€™s really no guessing what other simulation devices could enter the picture in the near future.