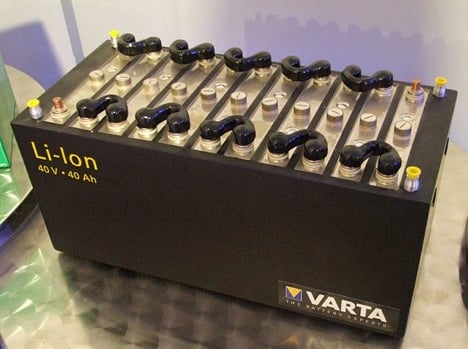 Solid-state batteries are expected to usher in an era of safer, more compact, and higher density batteries with fast-charging capabilities. These new generation batteries have been hailed as the future of electric cars, but their commercialisation still hangs in the balance.

Unlike lithium-ion batteries that suspend the electrodes in a liquid electrolyte, solid-state batteries (SSB/s) replace the liquid with a non-flammable solid and, therefore, compress the cathode, anode, and the electrolyte into three layers.

This means that SSBs can be made smallerâ€”or thinnerâ€”while still being able to hold as much energy as their liquid-filled counterparts. In addition, they offer more safety, faster charging times, and better battery life when compared to conventional rechargeable batteries.

Research and Development on Solid-state Batteries

In recent years, SSBs have garnered attention because of their potential use in electric vehicles, and a large number of car manufacturers have been working to push this technology to fruition.

Earlier in 2018, Audi premiered its impressive PB18 e-tron concept car that came with a solid-state battery at a 95 kWh capacity. The battery is designed to be charged at 800 volts, allowing for a full charge in around 15 minutes.

Toyota has also been working on its own solid-state battery, which will supposedly use ceramic electrolytes instead of the flammable liquid electrolyte. According to the Wall Street Journal, the mass-market car manufacturer could have SSBs in its cars by 2020. BMW is also making big moves and has partnered with Solid Power to develop the next-generation solid-battery technology that will be used in electric vehicles.

These car manufacturers are paying closer attention to SSBs because the batteries promise to overcome the main obstacles that are stagnating the adaptation of electric cars: slow charging, questionable safety, and range anxiety. Currently, most electric car makers rely on lithium-ion batteries that have a limited capacity, are slow to charge, and are potentially unsafe. 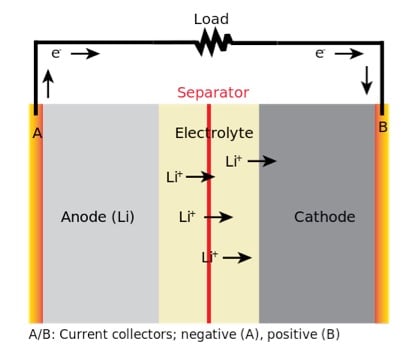 The major driving force for SSBs seems to be electric vehicles, though the technology can still be used in other fields. Japanâ€™s TDK, for example, has been working on creating small SSBs for electronic devices like computers, phones, and wearables. In fact, Japan seems to be leading in research and is showing the potential of bringing this technology earlier than China, the United States, or South Koreaâ€”countries that are hot on their heels.

Going by the slow progress in R&D, SSBs may not make it to the market in time for the next big product.

One of the biggest challenges is the cost of producing SSBs. Since they are an emerging technology, they are extremely expensive to manufacture. Based on a 2012 analysis, How-to-Geek places the figures at about $15,000 for a cell phone-sized SSB, and $100,000 for an SSB that is big enough to power an electric car.

According to Michael Zimmerman, a materials scientist at Tufts University, three main materials can be used to make solid-state batteries: glass, ceramics, or polymers. However, glasses and ceramics are brittle and can fracture easily. In addition, both materials are also harder to manufacture in large quantities, making them impractical for use when producing batteries for the mass market. Polymers are not the best either, because when you find the ones that conduct ions, they do so at extremely high temperatures.

This is probably why a battery researcher like Ian McClenney is still sceptical about SSBs. McClenney maintains that the solid-state technology is far from commercialisation, at least not until early or mid-â€˜20s. However, Toyota and Dyson are confident that solid-state batteries could be a reality by 2020.

Whether that is achievable or not, researchers should never overlook the importance of conducting enough research before producing a product en masse. Two high profile battery-related incidents led to the grounding of Boeingâ€™s Dreamliner and the recalling of Samsungâ€™s Galaxy Note7, and in both cases, tons of money was lost.

These two incidents served as proof of the need for R&D, especially when handling devices that store energy. They also reiterated the need for rigorous measuring and testing before attempting to engage consumers.

The following 3 testing and measurement devices are likely to speed up the commercialisation of solid-state batteries:

The rotary kiln, by Tanabe Corporation (Japan), can be used for firing, drying, and oxidation of battery materials, including ceramic raw materials, electronic components, or other functional materials like functional powder. 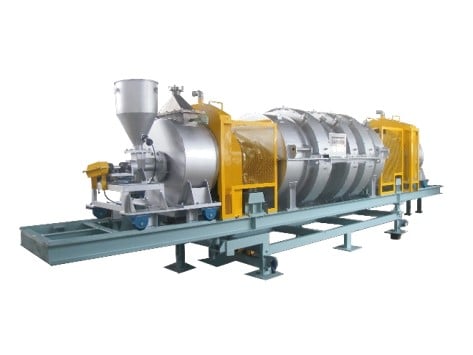 This kiln can provide equable drying and firing with the temperature of your choice, and it has a seal structure to handle different atmospheric needs. Better still, Tanabe Corporation allows clients to make purchases based on their needs, starting from the smallest to the largest size available. In addition, customers can also pick the refractory lining of their choice if they want to avoid metal contamination that is sometimes caused by some products.

This device is manufactured by Toyo Corporation (Japan), and its main function is to evaluate electrolytes.

To achieve high-level measurements, Toyo combines superior technologies and products from different manufacturers. For this Impedance measurement system, for example, they have combined different brands of equipment to make it more powerful and versatile.

This system is made up of an impedance analyser from Keysight (E4990A), a temperature controller from LakeShore (336), a cryostat (80K to 473K), and control software. Most importantly, this structure is patent technology.

The main appliances in this set up are:

The frequency ranges from 20Hz to 120Hz and can be upgraded if necessary. The device provides a Â±0.08% measurement accuracy with a 25 mâ„¦ to 40 Mâ„¦ measurement range. It also has an enhanced measurement speed option and a built-in DC bias range.

According to the manufacturer, it is better to reduce overall cost-of-test for accurate evaluation where many DUTsâ€”or many points per device measurementsâ€”are needed.

The equipment supports several other accessories that are designed to make measurements more reliable and straightforward, including a 10.4-inch touchscreen LCD, and, if you are in the R&D stage, the E990A is ideal for evaluating semiconductors, electronic components, and materials.

The Model 336 Cryogenic Temperature Controller has four standard sensor inputs that are compatible with RTD and diode temperature sensors, and four control outputsâ€”two independent control outputs supplying 50W and 100W can be used with any of the four sensors.

With 150W of heater power, this must be one of the most powerful temperature controllers available in the market; not forgetting the fact that it provides clean heater power. It also comes with an improved autotuning feature for collecting PID parameters to allow the experimenter to spend more time on the experiments rather than tuning the controller.

When you automatically switch temperature sensors, the Model 336 allows you to control temperatures from 300mK to over 1,500K, and it supports the most advanced cryogenic temperature sensors. You can then forget about measurement continuity issues while you monitor your experiments on the liquid crystal display that shows up to eight readings at once.

If anything, model 336 combines several instruments into one and saves you plenty of time, money, and space. The device can keep up with advanced temperature measurement and control applications and is equipped with Ethernet, parallel (IEEE-488) interfaces, and USB.

This equipment is manufactured by Shimadzu Corporation (Japan), and its function is to offer high magnifications to any sample surfaces.

This microscope takes high-throughput observations to another level and will make the unknowns visible: the experimenter sees the three-dimensional image and the local properties of the subject matter.

Its high-throughput scanner shortens the observation times thanks to the newly developed HT scanner that can achieve a high-speed response, plus the optimising software. Other things to note are the remarkable irradiation stability, shorter analysis time, and the possibility to replace a sample without halting laser irradiation. 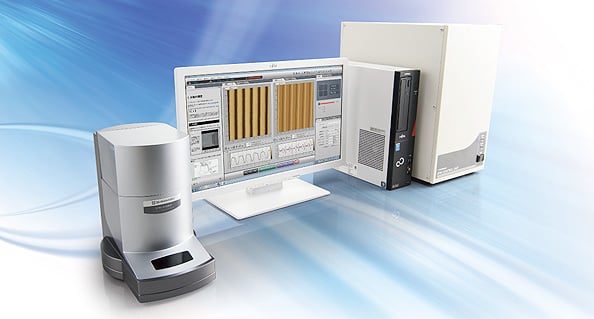 In addition to a wide variety of 3D rendering functions, including analysing 3D cross-section profiles, the microscope has navigation and guidance functions that enable observations to be made quickly and smoothly, and also ease the operation of the equipment.

The SPM-9700HT has several measurement modes and outstanding expandability that give it the power to take reliable measurements even when samples have varying properties.

Thereâ€™s enough evidence to indicate that heavy research is ongoing into solid-state technology, and the only hope is that the research bears fruit so that EVs can have their much-awaited revamp. Otherwise, we are stuck with the aqueous electrolyte batteries, and maybe forever.