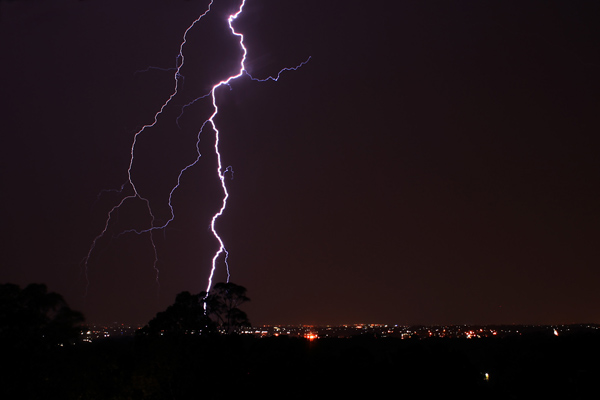 Wearables and other portable IoT technology have made the ability for users to harvest and store electrical power on the go very attractive to manufacturers. Such smart devices have upped the need to find ways to power the extensive sensor networks of tomorrow—and triboelectric nanogenerators have the potential to do just that.

What are Triboelectric Nanogenerators?

This makes triboelectric power generation an ideal method for harvesting energy to power wearables, automotive peripherals, sensor networks, and other devices (especially those that are situated near activity that involves repetitive physical movements of any sort).

TENGs were originally developed in 2012, and its subsequent developments (particularly in the last couple of years) have now led to TENGs that are able to produce a constant power supply even without the need for a rectifier (which affected portability). 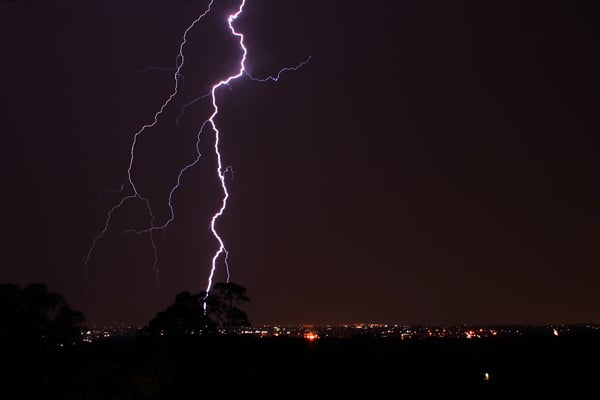 How Do Triboelectric Nanogenerators Harvest Power?

Triboelectric nanogenerators are able to harvest electrical power from mechanical action based on the triboelectrification effect and electrostatic induction. Able to do this using a wide range of materials, TENGs are lightweight, portable, and able to make use of a wide range of different types of mechanical movement.

Based on the same science as the amber effect and lightning, itâ€™s clear that the required energy amounts generated donâ€™t necessarily need to be small. There are two main methods for contact that TENGs can use: contact mode, where surfaces come into repeated contact with each other; and sliding mode, where two dissimilar surfaces with a micro-sized grating structure on their surfaces are rubbed together.

Regardless of the type of mechanical movement being targeted, all TENGs rely on at least two different materials being repeatedly brought into contact with each other and then pulled apart. As there are of course countless materials that are suitable for this, scientists and engineers have been able to create TENGs able to harvest electricity from a variety of sources.

All thatâ€™s needed are two dissimilar materials and a way to bring them repeatedly into contact with each other. This, plus some method of collecting and directing the resultant static charge, ensures a complete TENG. 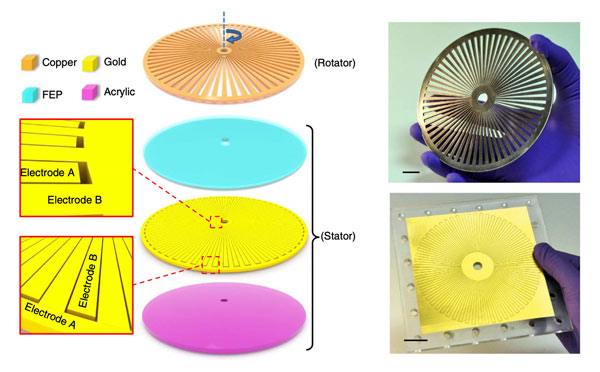 Some Examples of Triboelectric Nanogenerators in Action

The said vibrational energy is just one potential source of power for TENGs, and it has led to the development of acoustic energy harvesting. Itâ€™s even possible to create self-powered active acoustic sensorsâ€”just one example of a self-powered sensor that TENGs make possible.

Disc-shaped TENGs that make use of the sliding method of electrostatic generation have obvious uses anywhere that rotational mechanical movement is common, such as in transport or manufacturing. This method has produced some of the highest levels of power generation using TENGs. Power outputs equivalent to 19 mW/cm2 at the rotation speed of 3,000 rpm have been recorded.

TENGs also have the potential to be used as power supplies for self-powered sensors in medical applications. For instance, you could use a TENG to power a respiratory flow meterâ€”along with an alarm to help treat sleep apnoea.

And thatâ€™s not the only proposed medical use. By implanting a flat contact-based TENG as part of a pacemaker, scientists have already proved that itâ€™s possible to implant a self-powered pacemaker in an animal subject. Given that switching out batteries is both a difficult and potentially dangerous problem faced by pacemaker users, perhaps itâ€™s likely that we will also see this technology in use in human users in the near future. 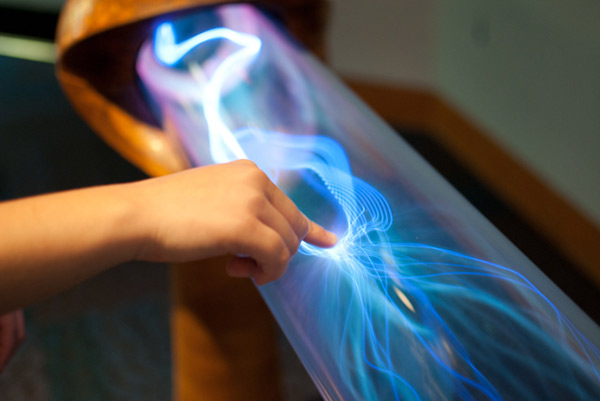 Will cutting-edge triboelectric technology soon be at our fingertips? Pictured: a userâ€™s touch adds to the static charge of electricity flowing through a tube. Image Credit: Ingo Hoffmann via Flickr.

By making a TENG where one of the two materials is a ball rolling around on a cupped, curved surface, mechanical energy (such as that of the up-and-down movement of ocean waves) can be harvested. This gives one an excellent method for directly turning the power of ocean waves into electricity â€“ something that has been proposed for many years but as yet has few practical applications available.

The development of waterproof and fabric-based multifunctional triboelectric nanogenerators (or WPF-MTENGs) now makes it possible to harvest electrical energy directly from even the smallest motion of a fabric (for example, wind, raindropsâ€”and, of course, human motion from someone wearing such a fabric).

There is also potential to combine TENGs with other technology: consider the potential to create a combined solar power collector and TENG, for instance. This could allow solar panels to be built that harvest the power of wind and rain when the sun isnâ€™t out.

Moreover, by installing TENGs in vehicle tyres, a highly efficient method for harvesting the energy lost through rolling resistance has shown potential in trials.

Considering the Future of Triboelectric Nanogenerators

TENGs are rapidly showing the potential to be one of the most efficient and cost-effective methods for harvesting electricity from our environment directly. Again, with the rapid expansion of technology into almost every niche, itâ€™s likely we will see these devices in more places over the next few years.

As engineers and designers, the stage has been set for us to soon be incorporating TENGs into our devicesâ€”either as a power source for sensors, or even as a way to power whole devices. The attraction of being able to go off-grid with our new technology is far too attractive to pass up.