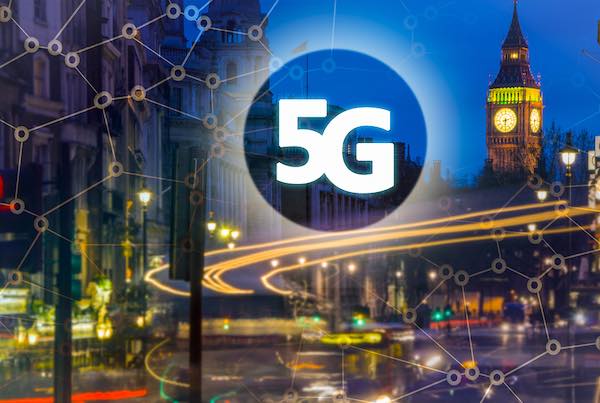 Switzerland and the UK have been deemed two leading countries (third and sixth place respectively) in their integration of 5G. This is according to research company Omdia’s ‘5G Market Progress Assessment, End-2019’, which accounts for a total of 22 countries.

5G (meaning â€˜the fifth-generation mobile networkâ€™) offers a great many benefits over the four generations of mobile connectivity that have preceded it.

These benefits include 5Gâ€™s capacity to facilitate URLLC (ultra-reliable low latency communication), whose very high efficiencyâ€”not only enables a better experience for consumer device usersâ€”but also opens the door to a future infrastructure that is more accommodating of mission-critical systems, such as autonomous transport.

On the other hand, of course, with such a high potential of 5G must come multiple criteria on what constitutes a countryâ€™s success in rolling out and integrating the communication network.

Accordingly, the next section summarises the ways in which Omdia has reached its verdict, namely that Switzerland and the United Kingdom are currently part of the top six 5G-ready countries. (As per the below graph, South Korea and the U.S. fared even better than the UK, with the former two countries ranking at number one and number four respectively.)

What Makes a 5G-friendly Country According to Omdia?

The Market Progress Assessment, End-2019 report by Omdia (formerly known as Ovum until early 2020) reached its conclusion by taking into account all five of the criteria mentioned lower down.

As per the below graph, Omdiaâ€™s experts analysed 22 countries and ranked them based on their 5G spectrum, service launches, coverage, take-up, and ecosystem.

From lowest to highest, the countries analysed comprised Indonesia (low-ranking due to its limited 5G ecosystem) through to and including South Korea (which leads with a wide margin given its many 5G-friendly aspectsâ€”as can also be seen below). 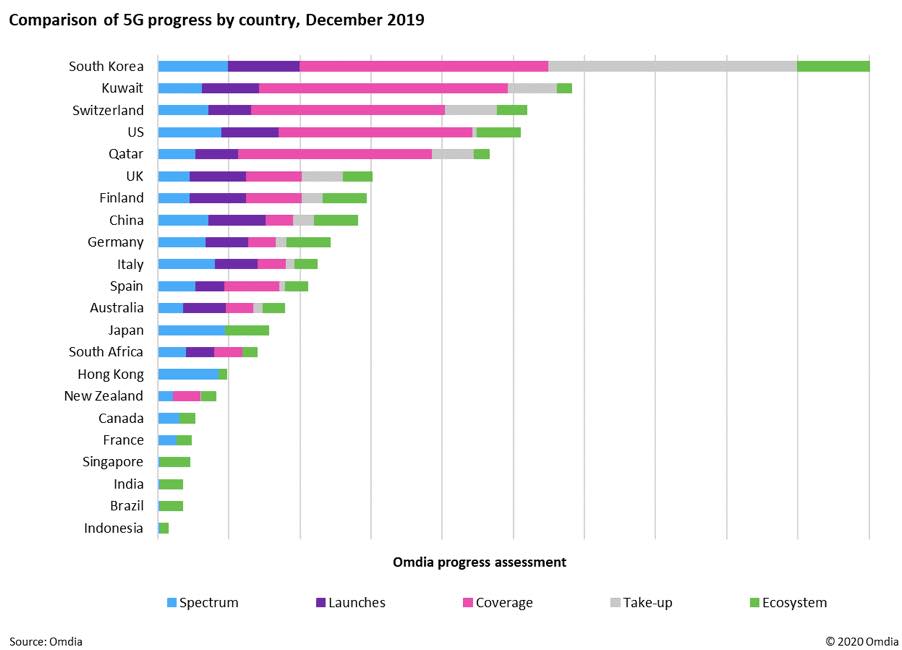 A bar graph listing the 5G progress of 22 countries that, to highly varying degrees, have implemented the fifth-generation network. Switzerland and the UK are respectively just three and five positions away from the top-ranked country: South Korea. Image Credit: Omdia, via Real Wire.

The below bullet-points elaborate on Omdiaâ€™s criteria, along with a description of how the top-ranked South Korea fared in terms of such criteria.

An example of a 5G coverage map, which in this case focuses on the whole globe. Note the high concentration of European and South Korean 5G deployments (colour coded in purple). Image Credit: nPerf.com.

While South Korea enjoys a marked lead in Omdiaâ€™s analysis of the worldâ€™s 5G integration, the importance of Europeâ€™s focus on a fifth-generation infrastructure has also been noted by Omdia. Again, this is particularly in regards to Switzerland and the United Kingdom.

The report, which was based on data taken by expert analysts (see Omdiaâ€™s Latest Insights: 5G page for more fifth-generation information from such researchers) in late 2019, is a clear sign that the fifth generation is becoming ever more apparent worldwideâ€”with 2020 marking the decade of 5G.

Said Omdia principal analyst Stephen Myers: â€œEurope is steadily gearing up for 5G deployment, but right now Switzerland and the UK are leading the way â€¦

â€œWe can expect to see a much larger number of commercial 5G launches in major European markets in the next twelve to eighteen months as more spectrum is released across the continent.â€