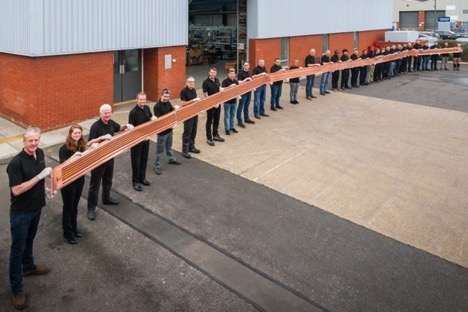 A UK firm, Trackwise, has developed a new type of circuit, described as a multilayer, flexible printed circuit (FPC).

This can span the entire surface of an aircraft wing, and do away with the need for wiring looms and harnesses altogether.

In flight, weight is everything. Every extra gram means greater fuel consumption, leading to either a shorter range and a greater need for structurally strong materials. Every gram saved leads to lower costs and greater efficiency in other parts of the aircraft design.

The drive for strong, lightweight materials led to revolutionary material such as carbon fibre replacing aluminium as a structural material for aircraft fuselages, including those of the Boeing 787 Dreamliner and the European-built Airbus A350 XWB.

Cabling is one area in which aerospace designers and manufacturers have been struggling to save weight. The Airbus A380, for example, contains over 320 miles of wires, and each kilo dedicated to cabling is a kilo that needs to be accounted for with extra fuel consumption and decreased range.

So it makes sense that there is a need an alternative way to connect components that wonâ€™t rely on a complicated arrangement of metal cabling.

A Better Way To Save Weight

One such company is UK firm Trackwise, which has developed a new type of circuit. Described as a multilayer flexible printed circuit (FPC), it can span the entire surface of an aircraft wing, and do away with the need for wiring looms and harnesses altogether.

Flexible printed circuits are not a new type of technology; first produced more than 60 years ago, components are mounted on a flexible plastic substrate and can incorporate printed circuits, sensors, cameras, and even motors.

As the name suggests, FPCs can be flexed or bent, and are highly resistant to mechanical damage, even when wrapped around complex-shaped rigid components. Additionally, the layers of flexible printed circuits can be stacked, allowing ever more complex configurations. 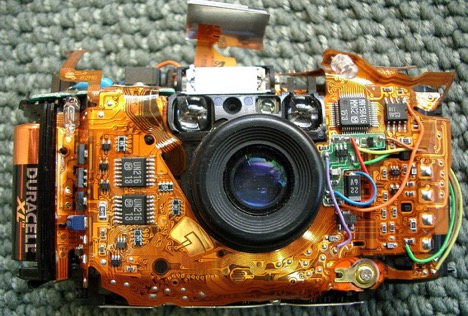 Flexible printed circuits are typically used in consumer electronics, such as the above uncased Olympus Style camera. Image courtesy of Flickr.

Traditionally FPCs have been used for mobile phones, computer peripherals, and other smaller-scale devices, as the manufacturing processes are difficult, and costs are high.

Trackwise, based in Tewkesbury, Gloucestershire, has overcome size limitations with a patented reel to reel innovation, known as Improved Harness Technology, which will allow for flexible multilayer printed circuit boards â€œof any length.â€

The company states that using multilayer FPCs can yield a weight saving of up to 70 per cent over more traditional materials; and as the circuits are printed, human-involved errors can be avoided.

The Improved Harness Technology manufacturing technique was showcased by Trackwise in March 2019, when it unveiled a 26-metre flexible printed circuitâ€”the longest ever produced by any meansâ€”and which will be installed across the entire wingspan of an unmanned aerial vehicle, currently being built in the U.S.

Using a flexible printed circuit on the drone in lieu of a wiring harness will ensure greater reliability and will be quicker to install. In addition, the flattened nature of the circuit allows for greater heat dissipation across the surface and a higher current capacity.

Trackwise was founded in 1989 as a company that specialised in radio equipment, antennae, and radio frequency printed circuit boards. It acquired the PCB manufacturing assets previously used by Microwave Components Ltd in 2005â€”consolidating manufacturing at Trackwiseâ€™s facility in Gloucestershire. 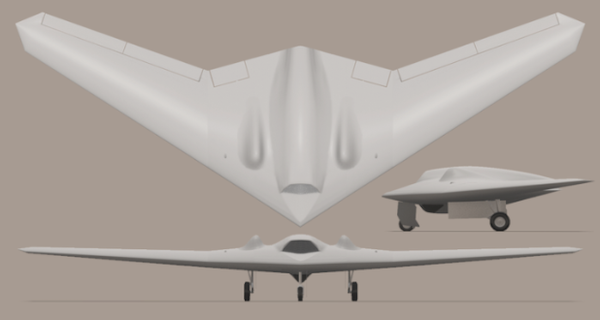 The Lockheed Martin RQ-170 UAV, which has a wingspan of 26 metres. Image courtesy of Wikimedia Commons.

A New Record, But An Older Idea

Although the 26-metre FPC is a new record, it is only a marginal increase over the previous title holder: a 25-metre flexible circuit, produced almost exactly two years prior, for an unnamed aerospace customer. A 10-metre model was later manufactured in December 2016.

Improved Harness Technology was patented by Trackwise CEO Philip Johnston in February 2016; however, it was not the first attempt at a manufacturing process for multilayer flexible printed circuit manufacturing.

Previously posited methods are detailed in Johnstonâ€™s patent application and included in Michael G Leeâ€™s 2001 method, as well as one submitted in 2008 by 3M.

Leeâ€™s â€œhot roll lamination processâ€ proved to be suitable for laminating PCBs with topology resulting from patterned conducting layers, while, in contrast, the 3M method wasnâ€™t appropriate for use with layers that comprise multiple separate regions, â€œsince each layer is individually extended from a roll before being combined together. A layer comprising multiple separate regions would fall apart prior to laminationâ€.

Trackwise uses a double belt press to produce FPCs of theoretically infinite length, something which neither of the competing technologies can manage.