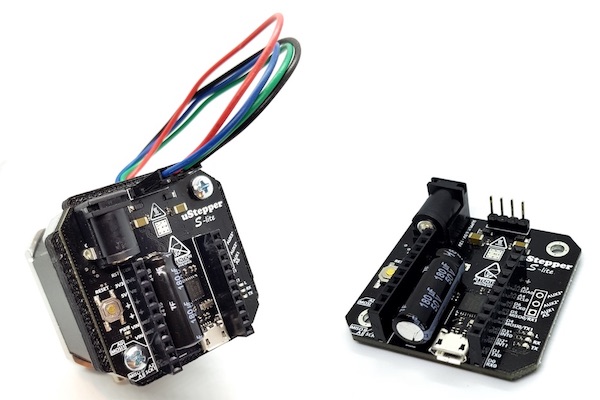 You can probably remember being back in higher education, your mind flooded with all kinds of new information and concepts. You spent long nights studying, devoted what seemed like endless hours in the lab and completed so many homework assignments and tests.

You might also remember looking at some of the equipment in the lab and thinking of improvements for itâ€”or perhaps wondering why things were designed the way they were. Electronics Point recently interviewed an electrical engineer named Thomas Olsen, who, along with his engineering classmate Mogens Nicolaisen, did just that. But they took things much further than just theorisingâ€”and saved stepper motor applications from missed steps everywhere.

Two electronics engineering students were in their sixth semester at Aalborg University when they asked themselves a question: why hasnâ€™t someone taken an Arduino and combined it with a motor driver? That question led not only to some working prototypes, but a very successful Kickstarter campaign and the start of a brand new company called ON Development IVS. Thus, the uStepper was brought to reality.

We recently had the opportunity to sit down and talk with Thomas Olsen, one of the leads in this unusual project. Not only was he able to tell us about the uStepper, but he was also able to discuss some of the problems his team faced and how they solved them.

Electronics Point: Tell us how it started.

Thomas Olsen: It started when my partner and I were studying for our bachelorâ€™s about three years ago, and we had this idea: We thought it was strange that nobody had taken an Arduino and combined it with a motor driver. Youâ€™d need to have an Arduino Uno, some external motor driver, and some long wires. Thatâ€™s basically how we got the idea. 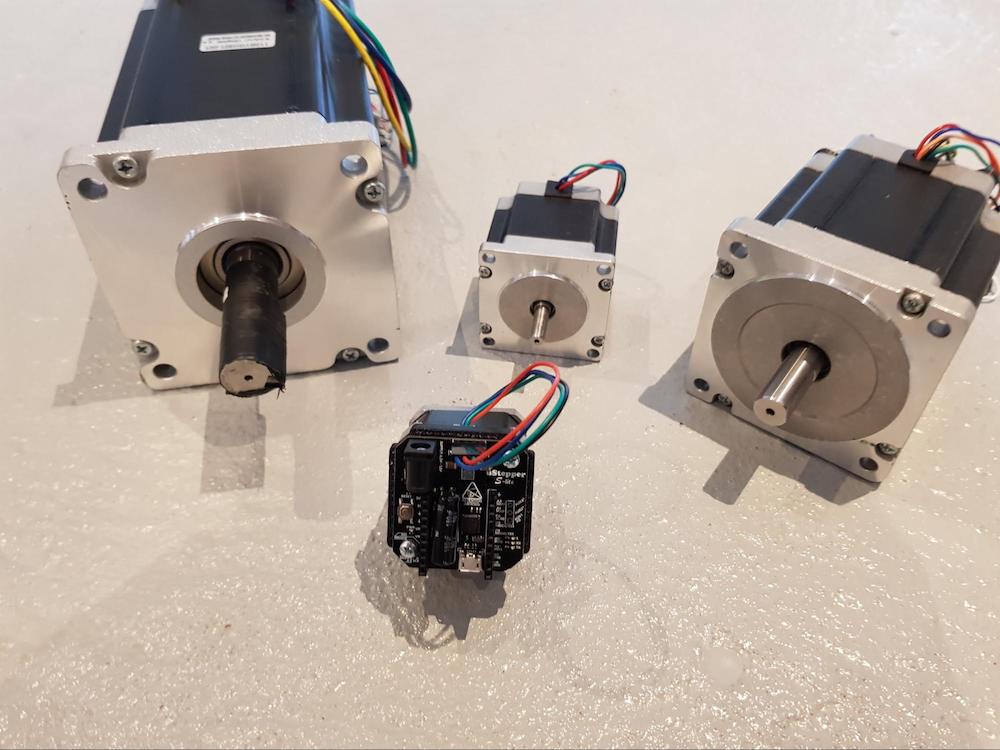 During our bachelorâ€™s thesis, we were just sitting down and figuring out on the side what this device should do. We spent a few months developing prototypes, and we ended up with a product that we were quite happy with: the uStepper. So we just felt like trying to get this out into the world. It was not really to make money, but rather to just gain the experienceâ€”to have a product out.

EP: So, what is the uStepper?

TO: So the uStepper is an Arduino, almost the same as the well-known Arduino Uno. And the great thing about it is that it has an internal driver so you can mount the board just behind your step motor.  That means you can make a very compact application with a stepper motor.

Another one of the things that really makes it great is that you have an encoder on the board. By adding the encoder on the uStepper, you gain the opportunity to recover from the missed steps, so you can get back on track.

This is really important in applications like 3D printers, where, if the printer head hits a bump, the stepper motor will lose a few steps, and you end up with a misaligned print. But with the uStepper, your stepper motor can recover. Plus, itâ€™s easy to use because itâ€™s Arduino. 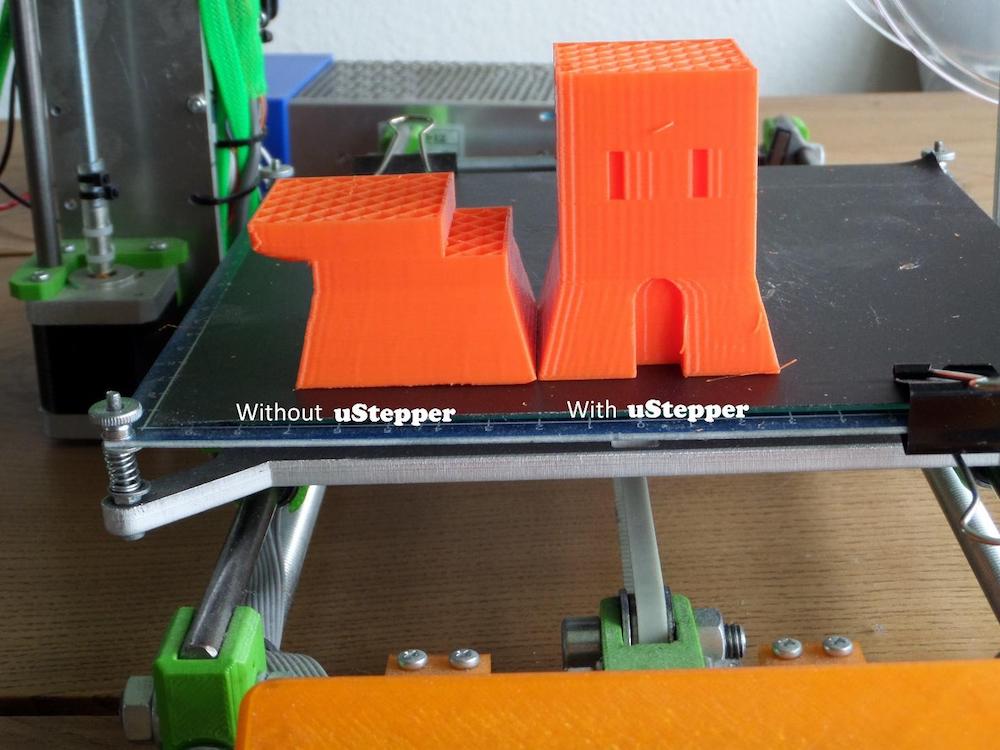 EP: What was the biggest challenge you faced in developing the uStepper, and how did you go about addressing it?

TO: I think the biggest challenge was that we were both studying for our bachelorâ€™s degrees, so we didnâ€™t really have a lot of experience back then. So it was kinda like poking around in different areas, trying to set up some different circuits, and hoping that it worked because we were still quite new to electronics. But the actual development went quite smooth, despite our lack of experience.

The hardest part about the whole starting a product thing was that we didnâ€™t know any manufacturers, so we had to rely on our own network to find a place that could manufacture it and find distribution channels. That was actually the hardest part. We chose to have it produced here in Denmarkâ€”itâ€™s a little bit more expensive, but we wanted to be sure that quality is good. We actually made contact with our manufacturer through someone who attended a lecture we were giving on the uStepper at a local makerspace, which is basically a gathering of like-minded electronics nerds. 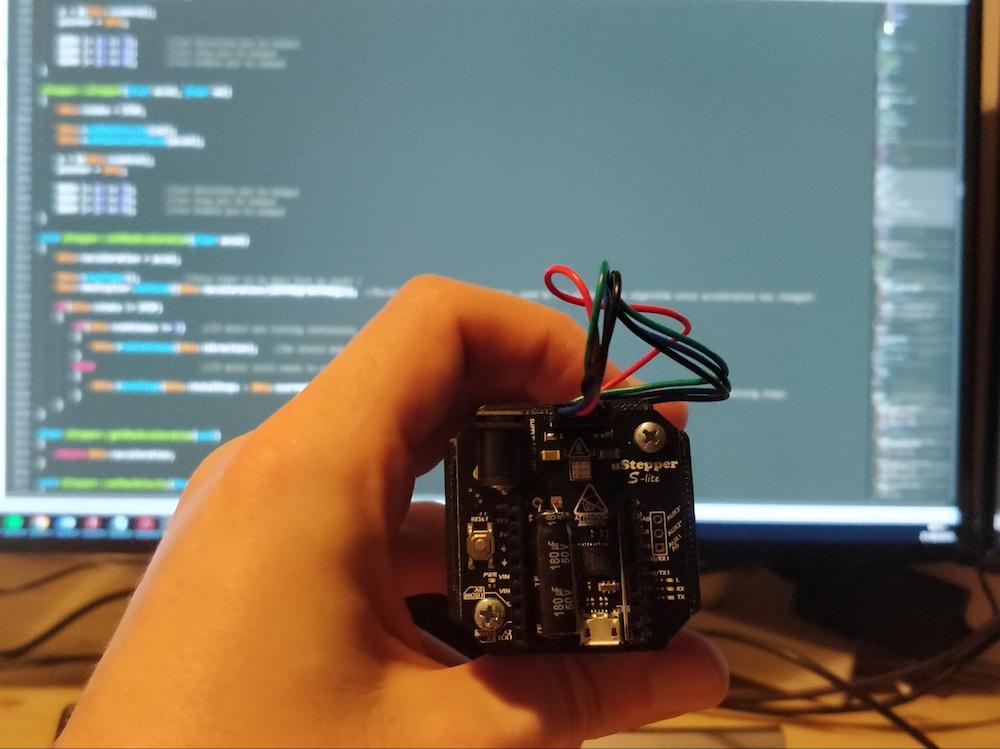 And this would be my advice to people that are doing something like we did: Go out to places where electronic nerds meet and talk to each other!

EP: I understand you have another Kickstarter campaign in the works. What are your goals for the uStepper after this Kickstarter?

TO: We are making a new upgraded version of the uStepper, which is the focus of our newest Kickstarter. Our company was never meant to be a big company, and we certainly didnâ€™t expect it to grow fastâ€”weâ€™ve already sold 2,500 products since the first Kickstarter. But, of course, we would like to see the company continue to steadily grow.

By making two or three types of uSteppers, we want to increase our revenue enough so we can slowly build up the company, gain some new customers, and obtain more feedback to continue improving the uStepper.

EP: Can you tell us a little bit about the work you are currently doing outside of the uStepper and what that journey looked like for you?

TO: Last summer, I finished my masterâ€™s degree, so Iâ€™m fully educated now. My partner in the uStepper and a few other guys started another company where I am working full time. This company is focused on something entirely different from the uStepper. We make a sensor that can be put down in a parking booth or parking space to determine if a car is parked there. The sensors then provide information that guides people where to find an open parking space. Iâ€™m currently the hardware and software developer in that company.

EP: Is there anything else youâ€™d like to say about the uStepper?

TO: I mentioned earlier its use in 3D printing, but itâ€™s also a device that is good to have on hand for quickly developing a prototype for a design. In fact, thatâ€™s what many of our customers are using it for. People are also customising their uSteppers so they can use them as part of a product test platform or test stand. Robotics (especially robotic arms) are another common application for our uSteppers.

EP: What would you say is the most important thing that youâ€™ve learned through this process, that maybe youâ€™ve then been able to apply to other engineering efforts?

TO: I think the most important thing I learned is that if youâ€™re an engineer (or a group of engineers) trying to start a company or develop something new you want to sell, you should definitely get someone on your team who knows about running a business and marketingâ€”because an engineer does not have any clue how to sell products or run a business. We learned that the hard way. So, thatâ€™s very important: Donâ€™t try to do it all on your own, but bring someone on board who knows about business and marketing.

Thank you to Thoma Olsen: it is always exciting to hear about fresh college graduates who have been able to bring a new product to life so soon after graduationâ€”and then have their company continue to steadily grow. Innovations like the uStepper are cropping up in labs and classrooms all over the globe, and projects and designs everywhere are benefiting because of them. If youâ€™d like to support the uStepper S line, visit ON Development IVSâ€™s new Kickstarter.