What’s the Difference Between Plumbene, Silicene, and Graphene?

What’s the Difference Between Plumbene, Silicene, and Graphene? 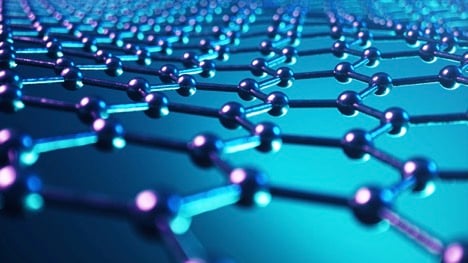 Graphene is a two-dimensional lattice of carbon atoms. Silicene, on the other hand, is the thinnest possible 2D form of silicon, and plumbene is a 2D lattice of lead atoms. These two-dimensional materials have researchers scrambling to understand them better, and they have superlative traits that could have drastic implications for the future of physics and engineering.

Graphene is a two-dimensional, single-layer lattice of carbon atoms and it is the building block for other graphitic materials. A single millimetre of graphite has around three million layers of graphene.

Discovered by Konstantin Novoselov and Andre Geim back in 2004, graphene belongs to a new class of materials called two-dimensional (2D) materials.

This 'wonder material' is the strongest material known to man.

Graphene is more elastic than rubber, lighter than aluminium (1 square metre weighs around 0.77mg), and tougher than diamond and steel (between 100 to 300 times stronger than structural steel with the same density and tensile strength). But thatâ€™s not all; graphene has other remarkable traits: 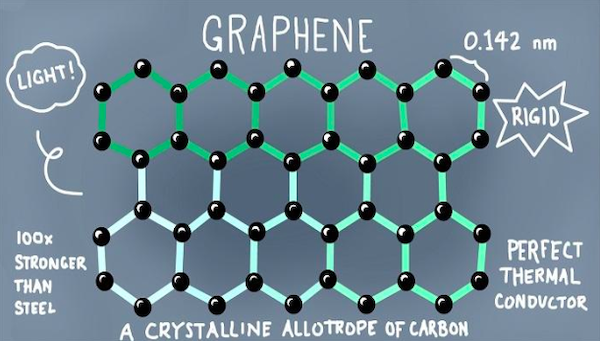 Graphene is one of the most promising nanomaterials. Its spectacular properties make it suitable for a wide range of applications ranging from biodevices and electronics to sensors and optics. It is also one of the most investigated materials today that may replace a material like silicon.

However, despite the multitude of astonishing properties, this supermaterial is still expensive to produce in large quantities, and this has limited its use in products that are mass produced. Donâ€™t expect to see graphene being utilised in consumer products quite yet.

Silicene, the silicon equivalent of graphene, is the thinnest possible two-dimensional form of silicon. It is an allotrope of silicon, the same way graphene is an allotrope of carbon, and is composed only of silicon atoms (monoatomic). Unlike other 2D materials like graphene, silicene is not strictly planar: it has a buckled honeycomb surfaceâ€”atoms are arranged above and below the main 'panel,' which creates a band gap.

Siliceneâ€™s first structures were observed on silver crystal, and they had a hexagonal form like graphene, though not entirely flat. In joint research between the University of Aix Marseille and the Technical University of Berlin, researchers created isolated silicene by condensing silicon vapour on silver. 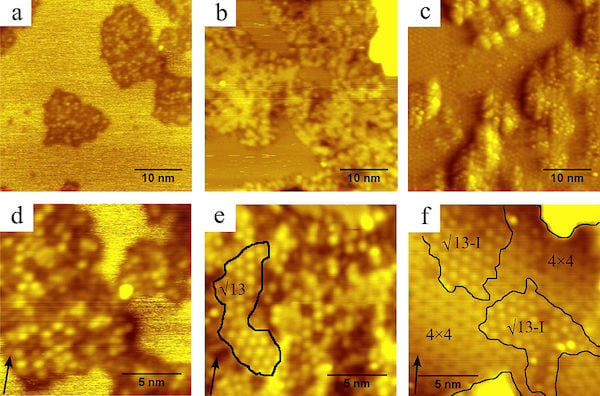 Compared to other 2D materials, silicene is not widely studied nor produced because it is much harder to create than a 2D material like graphene: its 3D form is a diamond-like lattice.

Silicene must be synthesised from the beginning and cannot be 'pulled out' of a stack of tightly held 2D layers like graphene can: silicon tends to form three-dimensional structures, and a 2D form of silicon will often buckle. Therefore, silicene cannot be produced through exfoliation, but only through epitaxial growth.

Since 2012, silicene monolayers have been synthesised on different kinds of substrate surfaces including iridium, silver, and molybdenum disulfide.

For the longest time, silicene was limited to speculation. However, density functional theory (DFT) calculations performed back in 2011 indicated that silicene will be suitable for FET (field effect transistor) applications. Its energy band gap can be much finer tuned, enabling a field effect transistor to operate better at room temperature. In fact, the possibility of tuning the 2D Dirac points implies that silicene can be used alongside existing silicon technology because of novel properties, mainly the various quantum spin effects.

Due to its buckled honeycomb lattice structure that favours spin-related actions, silicene is a suitable material for ferromagnetism. Silicene spintronics is a vast research area with potential applications in areas such as spin filter, spin FET, and gas sensor. However, silicene has high reactivity, which puts a limit to its uses and also makes it harder to create free-standing silicene sheets. In most instances, silicene will exist stacked with alternating metal monolayers or as part of a substrate layer.

Photograph of a microscopic view of plumbene. Image courtesy of Nagoya University.

Plumbene is a 2D-honeycomb sheet of lead atoms and, just like silicene, it has a buckled honeycomb structure and a large band gap (âˆ’400 meV).

Researchers from Nagoya University, led by Professor Junji Yuhara, finally synthesised this once purely theoretical lead-based two-dimensional honeycomb materialâ€”their study was originally published (in early May) in the Journal of Advanced Materials.

Plumbene was created by annealing a super thin lead on palladium. Annealing is a method of heating and slowly cooling a substance to remove internal stresses. A scanning tunnelling microscopy (STM) revealed that, by annealing, the researchers came up with a surface material that had the distinct honeycomb structure of a two-dimensional monolayer.

During this experiment, the researchers found a surprising by-product: a palladium-lead (Pd-Pb) alloy film which had a structure that resembled the complex 3-dimensional Weaire-Phelan structure devised by Denis Weaire in 1993. The Weaire-Phelan structure helps to solve the 'Kevin Problem', and it inspired the 'Water Cube' used for the Beijing Olympics in 2008.

Why is it a Big Deal?

Plumbene could revolutionise the development of topological insulators. According to Yuhara, the arrival of Plumbene is good news, and it should trigger a scramble for application development involving it.