Why Europe is More Primed for Autonomous Vehicles Than China

Why Europe is More Primed for Autonomous Vehicles Than China 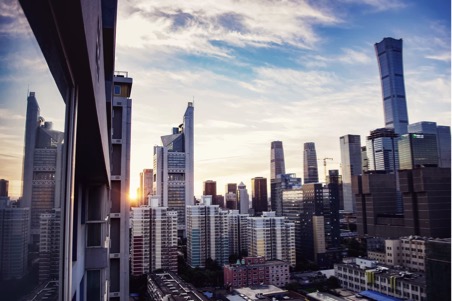 The KPMG Autonomous Vehicles Readiness Index places four European countries among the top ten best prepared to deal with autonomous vehicles. China is ranked 16th on the index of 20 countries, which includes four factors in the total score calculation: policy and legislation, technology and innovation, infrastructure, and consumer acceptance.

The Netherlands is at the top of the said KPMG (Klynveld Peat Marwick Goerdeler) list for all factors, with a total score of 27.73. Chinaâ€™s score of 13.94 is well behind this top-positioned country, as well as behind Sweden, the United Kingdom, and Germany, all of which have total scores above the 20.00 threshold.

By looking at the AV Readiness index, one could easily say that Europe seems more primed than China to welcome wider usage of autonomous vehicles. Things are not that simple, though, particularly if we factor in Chinaâ€™s unitarian policymaking and its galloping progress toward adopting new technologies.

There are practical examples that support the claim of Europeâ€™s willingness to go autonomous. City planners in the Swedish town of Gothenburg quickly grasped the biggest obstacle to adoptionâ€”lack of collaboration between car manufacturers and planning authoritiesâ€”and are now working to bring both on board to create a town of autonomous vehicles.

Joining Gothenburg, Amsterdam, London, and Milton Keynes are among the European cities best prepared to embrace self-driving cars in the urban transportation scheme. Geneva, on the other hand, pilots driverless technology as a support to suburban transport for poorly connected areas. 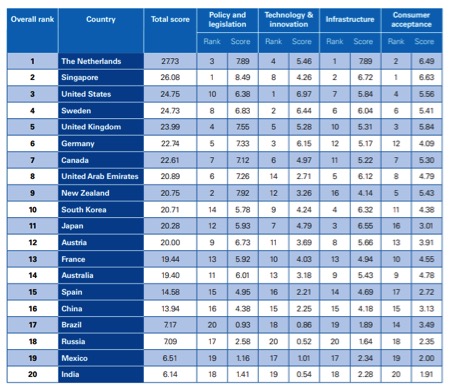 Not all four factors listed by KPMG change in a linear fashion in both markets, though. Europe has infrastructure advantages but at the same time a very cautious approach in terms of autonomous vehicle safety and transportation laws.

Despite local initiatives being implemented with more or less success in parts of Europe, the market for autonomous cars is still in the very early experimental phase. European regulatory authorities have taken a conservative approach, veering on the side of safety. Therefore, although the general EU policy is 'pro' autonomous vehicles, there are many legislative 'cons' that pollute the openness towards sooner adoption.

Are All European Regions Equally Primed for AV?

If we look at Europe as a geographical unit, we shouldnâ€™t forget that most of the well-prepared countries are located in Western Europe. They either neighbour the UK, or, in the case of Sweden, are at the far north. Such locations could create plugs for the general European transportation bloodstream.

Considering its location, Sweden is more primed to boost the large-scale adoption of autonomous vehicles on the Scandinavian Peninsula. The UK is in the midst of a political turmoil, the outcome of which could affect its economy and its car industry, and the UKâ€™s score plays a major part in the overall EU readiness for vehicular autonomy. In the case that the country leaves the game too early, in one way or another, it can shuffle those high KPMG scores and change the big picture of Europeâ€™s total score.

Furthermore, if we include countries from Central and Eastern Europe, countries that are nowhere to be found on this index chart, in the constellation of factors, we must weigh in extra negative points in the European overall preparedness to bring driverless cars into the hands of its average citizen.

If you ask the government, they will always play it safe. No public official likes having massive car accidents put dark spots on their career or jeopardise their future. They will, as a result, be more vigilant before 'tooting the horn' for a new technology. This partially explains the stance of Antonio Avenoso, the executive director at the European Transport Safety Council.

Avenoso questions regional readiness by discussing human factors, including pedestrians and motorcyclists, as well as liability issues in case of accidents. 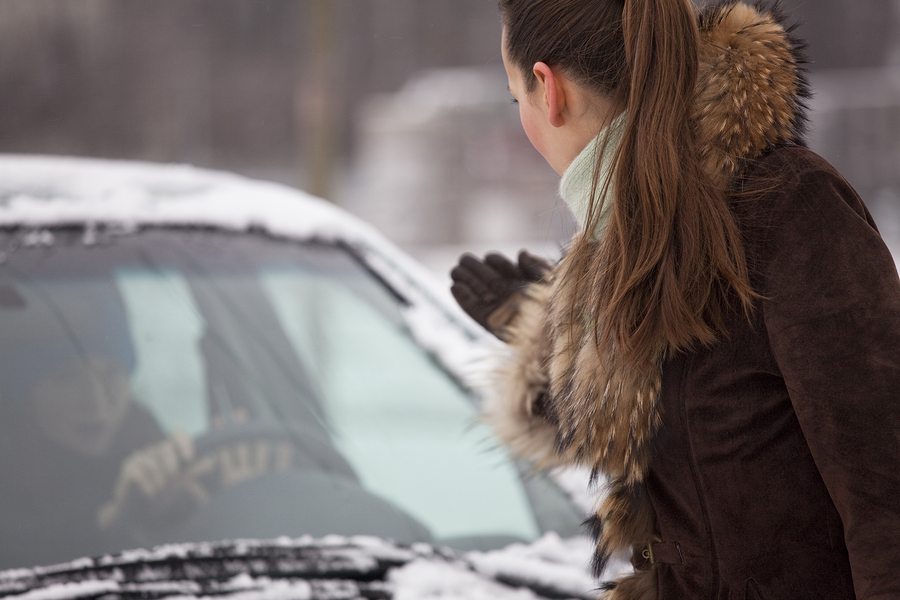 There are bystanders who think that Europe going slow towards driverless cars is a good thing. Bloomberg, for example, makes a parallel to the destructive outcomes of crashes in experiments done in the US. The EU Observer mentions ethical dilemmas such as the trolley problem. Indeed, can we leave it to software to make complex ethical decisions?

In contrast, automotive companies push for innovation. The guard against wider European AV adoption instigated some of them, for example Volkswagen, to look for liberal AV conditions elsewhere, namely in the US, which is far more liberal in terms of regulations than Europe.

In summary, Europe is more inclined to protect its citizens caused by unknown dangers from experimental technologies.

Where Does China Stand?

China is a country of contrasts. It has poor transport infrastructure with rural areas that are far below basic preparedness for self-driving cars.

On the other hand, megacities have welcomed foreign companiesâ€”Daimler and BMW test their autonomous vehicles on the roads of Beijing and Shanghaiâ€”and consumers are more in favour of innovative technologiesâ€”Chinese citizens are expected to buy 1,000,000 electric vehicles in 2019, more than half of the EVs sold worldwide.

KPMG reports that China has a high density of electric charging stations and an above-average rating for 4G coverage. Even if we consider that very few people live in the populated areas that have been surveyed in the report, China has a huge population that likes to follow monolithic tendencies, so this buying trend is more likely to grow and pass to densely populated areas.

How do trading wars figure in the situation? Business always finds a way to circumvent obstacles, looking for the path of least resistance. In terms of less regulatory restrictions for automakers, thatâ€™s definitely the path to China and not the path to European cities.

There is one important thing to ponder, however. If we consider that smart transportation is only one part of smart cities, the undergoing change to 5G and the IoT further complicates things for autonomous vehicles, in terms what will come first, and what next. 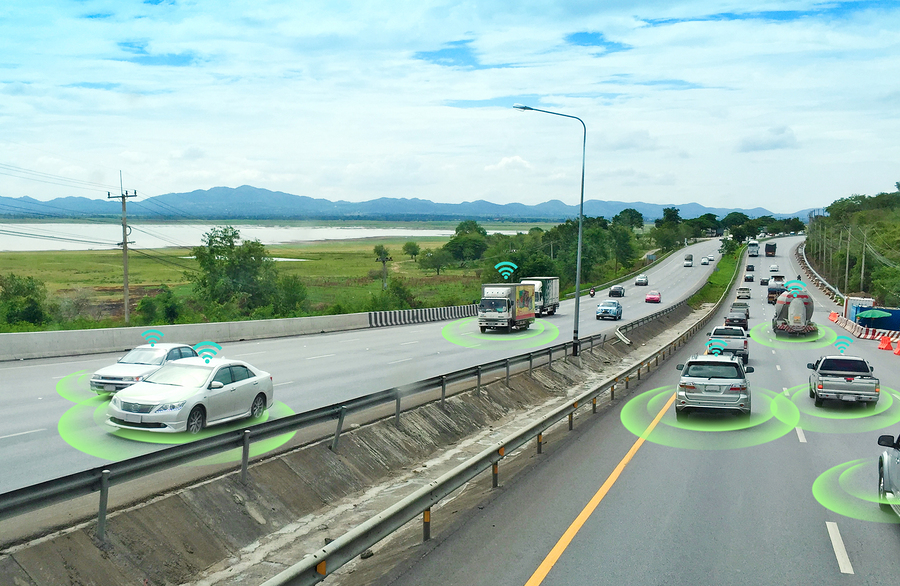 It is a big question mark, considering that Europe lags behind with restrictive rules and is keen to amend them slowly only after carefully considering cybercrime, liability, and insurance factors.

Will China show unorthodox entrepreneurial acumen and loosen its grip on self-driving cars even further? In the words of Karl Iagnemma, the CEO of the AV startup nuTonomy, â€œUniformity is the friend of scalabilityâ€.

Entrepreneurship thrives under liberal policies on uniform level, and thatâ€™s one area where things look rosy for the Chinese, and less colourful for Europeans at the moment.