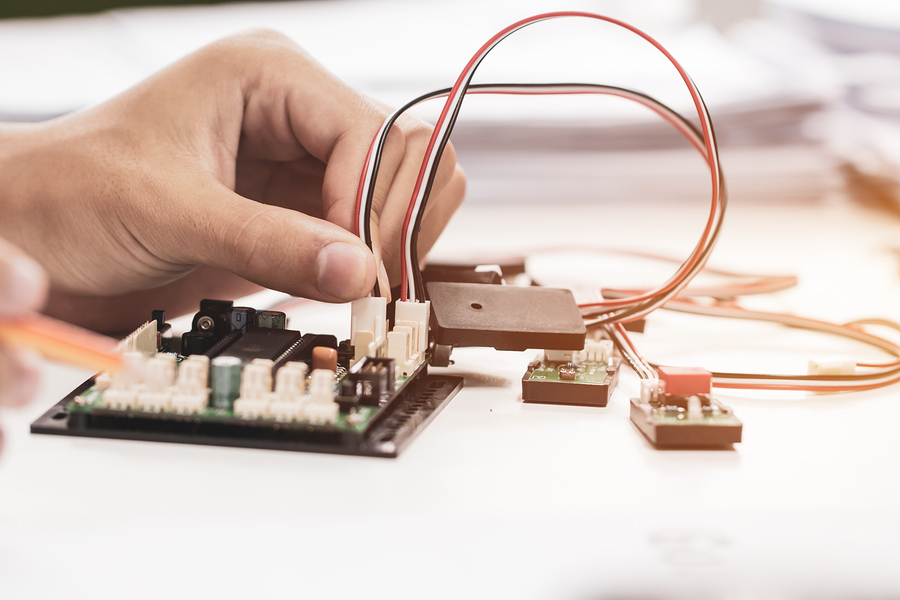 Diversity, in many ways, is important. Even the most frugal researchers would agree that considering a hypothesis from multiple viewpoints contributes to its viability. A new perspective can arise from differences in age, ethnicity, gender, culture, socioeconomic background, access to education, and even from micro-differences such as individual upbringing.

Without going too deep into its multiple facets, most people recognise that including diversity in the STEM fields in all the riches of its interpretation, especially in terms of student mobility, results in prosperity, growth, and scientific breakthroughs that could, in turn, positively impact the socio-economic milieu of the represented groups.

Why Diversity is Important to STEM

Regional responses to such progress have varied in success, with the US being by far more proactive to keep up with the times, while Europe lacks the same entrepreneurial momentum.

One could find numerous reasons for such disparity, among which Europeâ€™s fewer scholarships and tightened visa policies play a role. One thing is certain, though: the answer to why there is a lack of diversity is never simple, in Europe, in particular, which is lately brewing with socioeconomic shifts.

Diversity breeds talent, talent breeds creativity, and creativity breeds innovation. However, diversity has been subject to various individual and collective interpretations and superficial representations of variety on strategic EU level, as well as a victim of accelerated technological expansion in the STEM fields in the last couple of decades. That said, there is plenty to be done to turn the tables in favour of a more varied cultural representation in STEM fields in the region.

How Have STEM Fields Developed So Far in Europe?

According to the data included in the 2014 report submitted by the Danish Technological Institute to the European Commission, the US marked a 27 percent increase in foreign students enrolled into STEM education in the five preceding years, while the UK, for example, faced a drop of 2 percent. Additionally, 16 percent of U.S. scientists came from outside the USA, while only 3 percent of EU scientists came from non-EU countries.

Microsoft came to a similar conclusion about the lack of diversity in Europe, albeit focusing more on gender. If we consider gender in view of its association to student mobility and culture, it certainly plays a role in the overall representation of foreign students in European STEM fields. 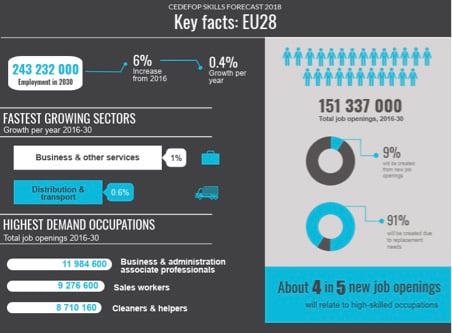 Employment trends in Europe show that about four in five new job openings in the period between 2016 and 2030 will relate to high-skilled occupations, and 1 million new STEM researchers will need to enter labs around the world by 2020. We canâ€™t exactly blame the European countries for being too lazy when investing in diverse talent in STEM fields.

There have been numerous initiatives to support the growing demand for complex technical skills in the regional job market. The European Union has adopted and lately reformulated the Blue Card Directive to deal more confidently with the underperforming implementation of high-skilled migration. Business-education partnerships and best practices have been developed by CSR Europe under the STEM and Scientix initiatives. 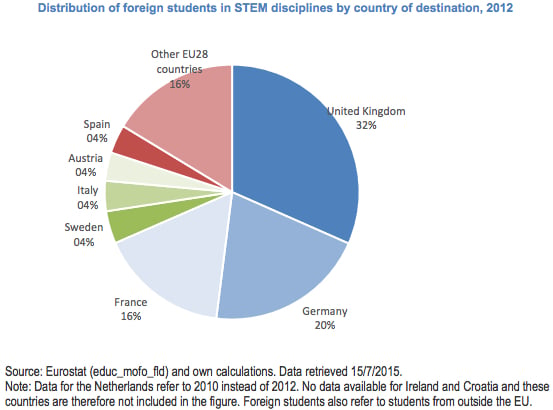 Some European countries including Germany, the UK, and France do well. They have a fairly decent rate of foreign student representation in STEM fields, but the majority do not.

While this data needs to be taken with a pinch of salt due to differences in what accounts for â€œforeign studentsâ€, the overall progress is failing, and the general conclusion drawn from multiple resources is that the EU definitely needs more STEM graduates.

More can be done to break down the poor perception of STEM education as difficult to enter or challenging, or that it paves the way to a career that doesnâ€™t lead to top positions.

The general declining interest in STEM fields is also an outcome of social stereotypes that paint STEM jobs as unattractive and demanding, which are not of great practical use if we consider the report on key EU skills trends by 2030 issued by the European Centre for Development of Vocational Training. The report points out the job market growing needs for high-skilled professionals against the decreasing demand for low-skilled occupational groups.

How We Can Encourage Diversity in STEM?

There are plenty of action steps that can be added to the already implemented European projects, such as promoting stronger STEM diversity messages from top-level officials, similar to the policy support existing in the US energy sector.

Diversity is an Asset, Not a Challenge

Foreign students should be encouraged by the educational system to participate in STEM fields from an early age with an early start model that will debunk the STEM difficulty myth and reduce math anxiety. Next, they need to be supported with proper career guidance to pursue careers in STEM fields.

An important factor for attracting diverse worldwide talent is promoting job security as an advantage for the STEM fields. Foreign national governments should be incentivised with bilateral agreements on STEM scholarships.

The EU should strengthen its cooperation with third countries to streamline migration and better support foreign nationals that currently reside in the Union.

Visa policies are undoubtedly a key factor. Canada and Australia, for example, have made a major boost for STEM students with immigration-friendly policies which have been cleverly directed to attract top talent from all over the world and enrich the countriesâ€™ job market. Europe should follow suit to change the current picture that now includes more low-level educated immigrants. 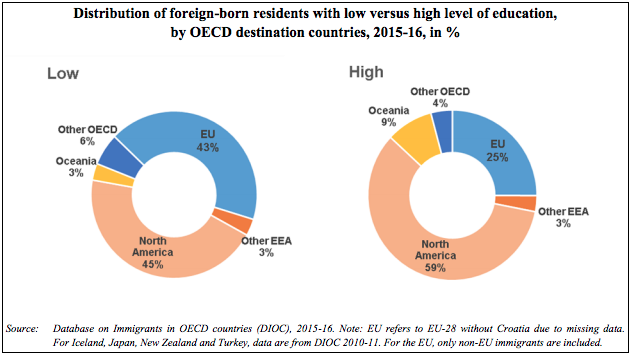 Aside from fostering employers to participate in the STEM fields by facilitating direct links with third countries, public institutions should take a more active role in encouraging students, teachers, and businesses to understand the agency, social responsibility, and civic engagement that accompanies STEM careers, spicing up its sometimes flavourless career qualities with the attractiveness of meaningful personal pursuit.

Such a perception gives STEM fields a new dimension, one that is expanding its disciplines outside the job market into creative solutions for global socioeconomic challenges that can affect important decision makers.

Perhaps the latest factor is most important in bringing in the various EU participants on the same page, only because it can comprise the mutuality of interpretations and practical benefits of diversity for everyone included.