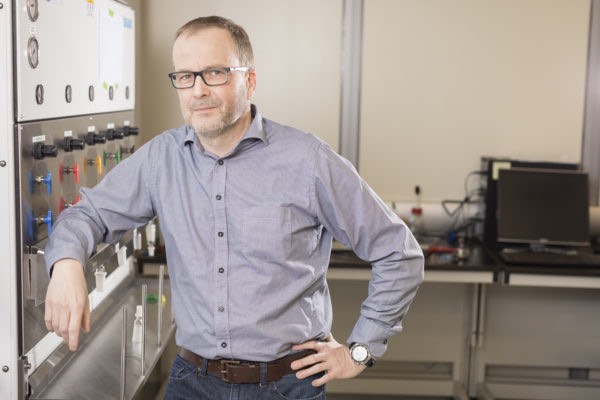 Researchers from York University in Canada have come one step closer to creating an organic battery that can last longer than conventional batteries and is also better for the environment.

With organic batteries, toxic metals and chemicals are replaced with environmentally friendly, organic materials that take on the role of an electrode. While previous research into organic batteries has primarily focused on protein-based solutions, York Universityâ€™s study highlights a carbon-based organic molecule instead.

The research, which was published in the journal Batteries & Supercaps, spells out the research teamâ€™s goalâ€”to replace metals such as cobalt in widely-used lithium-ion batteries. 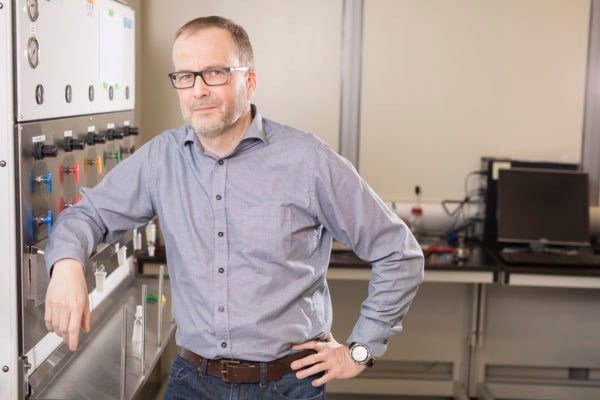 York University's Thomas Baumgartner in his lab. The scientist leading a team of researchers in developing and testing new molecules to replace rare metals that are prominently used. Image Credit: York University.

Organic electrodesâ€”experimental ones, at leastâ€”already exist. They are made from elements like carbon, nitrogen, oxygen, phosphorus, and sulphur. However, they all deteriorate on a cycle-by-cycle basis through red-ox reactions. Over time, these red-ox reactions gradually dissolve into the electrolyte and cause low conductivity and terminal voltage.

As Professor Thomas Baumgartner from York University highlights in the research paper, the problem with current organic battery research is that â€œâ€¦[it generally] uses the same very few organic building blocks as active componentâ€ and added that for the technology to develop, new electroactive molecules are required. This is exactly what Baumgartnerâ€™s team are doingâ€”its goal is to â€œdevelop new building blocksâ€

During their study, the researchers used an electroactive chemical compound called phosphoryl-bridged viologens (â€œphosphaviologensâ€) tethered to a carbon nanotube. This created an organic body that can replicate the metals commonly found in a typical lithium-ion battery.

At the testing phase, a peak voltage of 3.5 volts was observed, even after 500 battery cycles. In contrast, a typical lithium-ion battery will have long since started to degrade by the time it goes through a similar number of charge cycles.

Viologen was chosen because it is a known electron acceptor that can give up not one but two electrons without causing damageâ€”providing higher storage capacity.

It is important to note that the fundamental nature of batteries will not changeâ€”an organic battery will still be a lithium-ion battery at its core. Only the building blocks of the electrodes will be changed, to a more organic and environmentally friendly compound.

This technology also isnâ€™t ready yet. There are still plenty of shortcomings that the research team must tackle, including a significant capacity loss at lower temperatures of around 5 degrees Celcius. The battery is also much heavier when compared to current lithium-ion batteries, a clear step in the wrong direction if it is ever to be used in consumer products like smartphones and wearables.

Baumgartner said, â€œMany molecules are still too heavy for the amount of energy that can be stored in a given volume. That is what we are working on â€“ making the materials better in storing more energy by also becoming lighter.â€

He also acknowledged that organic batteries â€œcontinues to be a maturing fieldâ€ but that he and his teamâ€”which is currently developing the next generation of molecules that show promise in being able to increase current capacityâ€”is hopeful for the future.