All You Need to Know About L293D

All You Need to Know About L293D 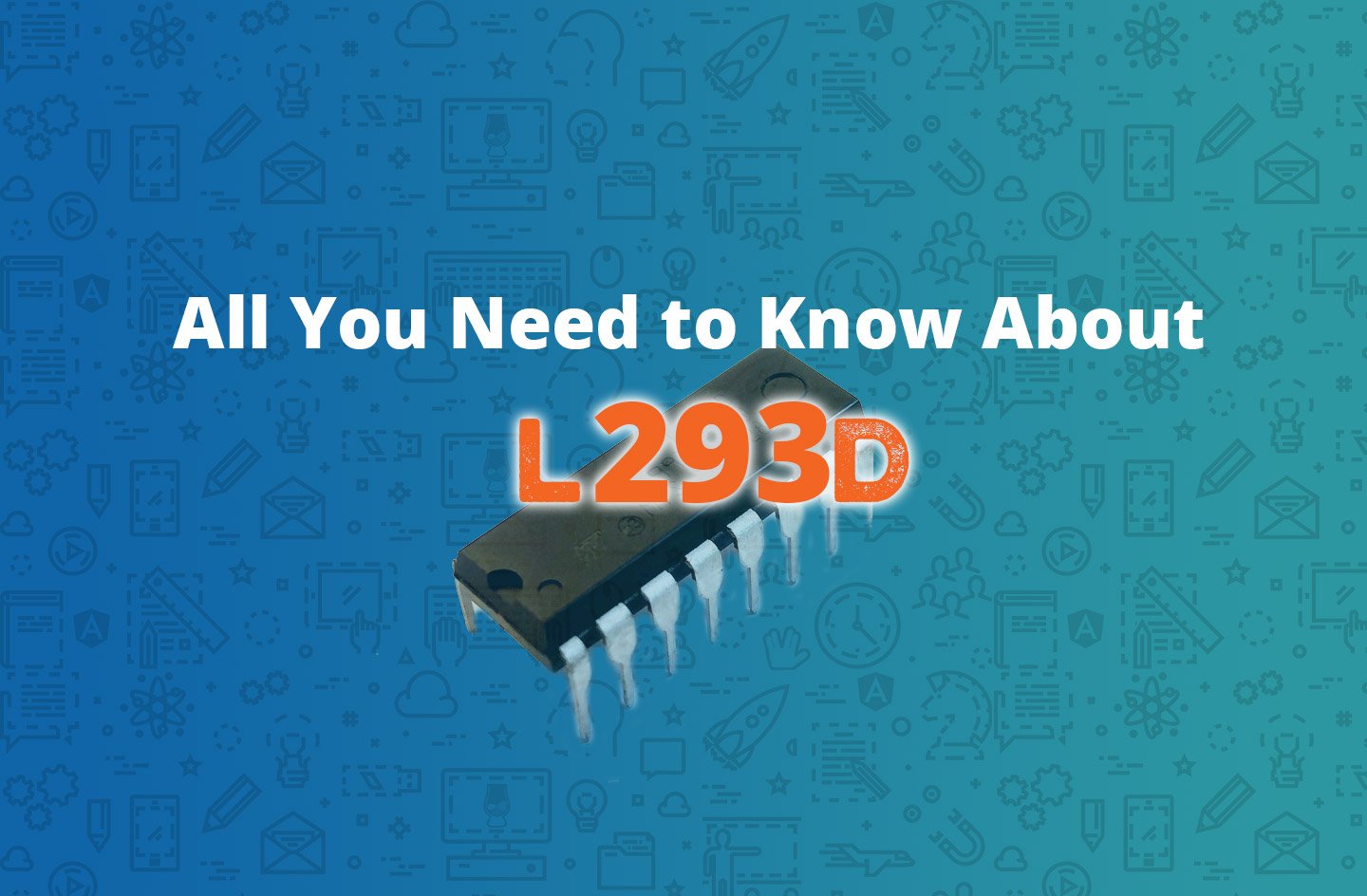 In this article, we want to take a deeper look at L293D IC. It's theory, features and specifications.

In this article, we want to take a deeper look at L293D IC. It's theory, features and specifications.

Motors used in academic robots normally operate at 5, 6, 9, 12 or 24 volts. Depending on the model, the manufacturing method, price, etc., their current is about 100 mA to 5A. You can use motors in several ways. One method is to connect it directly to a battery, then it spins at its maximum speed in a particular direction, but in practice, we need to control the motors (on and off, speed control, direction control, and position control).

Therefore, we must control motors using controllers (logic circuits or microcontrollers or PCs or computers). But as you know, the output of microcontrollers are 5V and 200mA and can not spin the motor. So we need intermediate circuits to connect the controller to the motor, called drivers.

L293D is one of the most popular drivers in the market. There are several reasons which make L293D the preferred driver to the users, such as, cheap price (compared to other drivers), proper shape and size, easy control, no need for protective circuit and diodes, no need for heat sinks and good resistance to temperature and high-speed variations. This IC can set up motors with a voltage between 5V to 36V and a current of up to 600 mA. However, it can withstand a current up to 1200 mA in 100 microsecond and non-repetitive. The frequency of this IC is 5 kHz. If your motor matches these specifications, do not hesitate to use L293D. 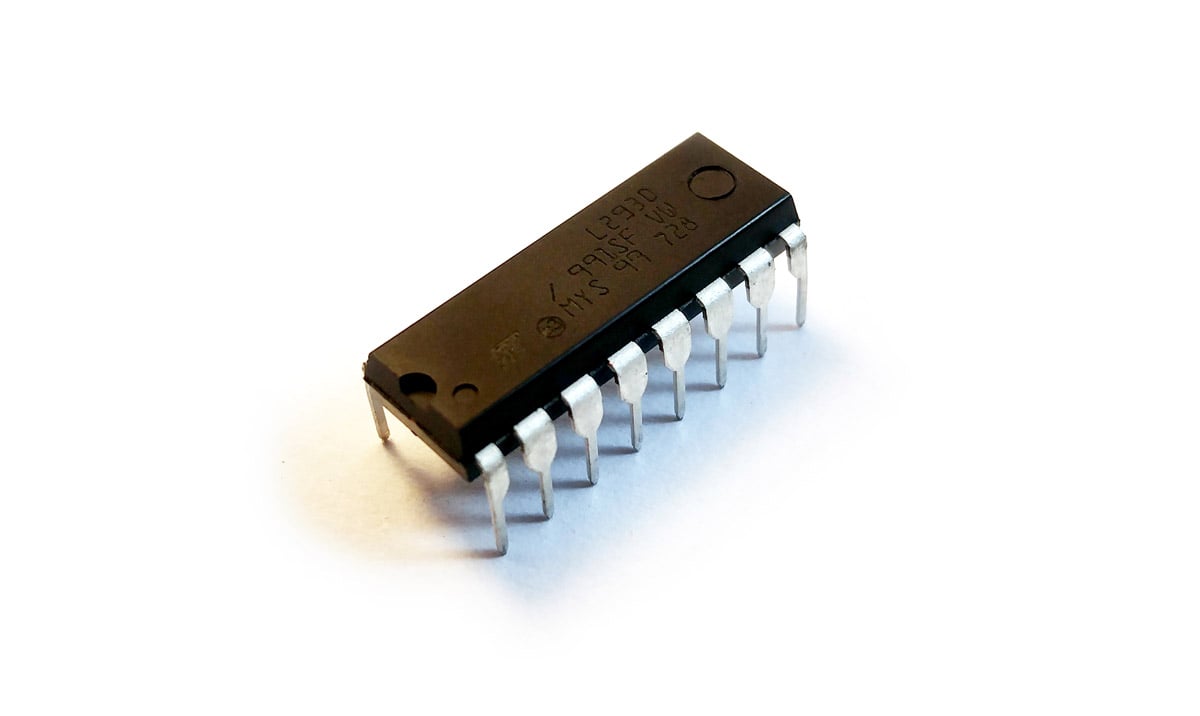 Each output is a complete totem-pole drive circuit, with a Darlington transistor sink and a pseudo- Darlington source. Drivers are enabled in pairs, with drivers 1 and 2 enabled by 1,2EN and drivers 3 and 4 enabled by 3,4EN. L293 and L293D are characterized for operation from 0Â°C to 70Â°C.

Other important L293D features are: 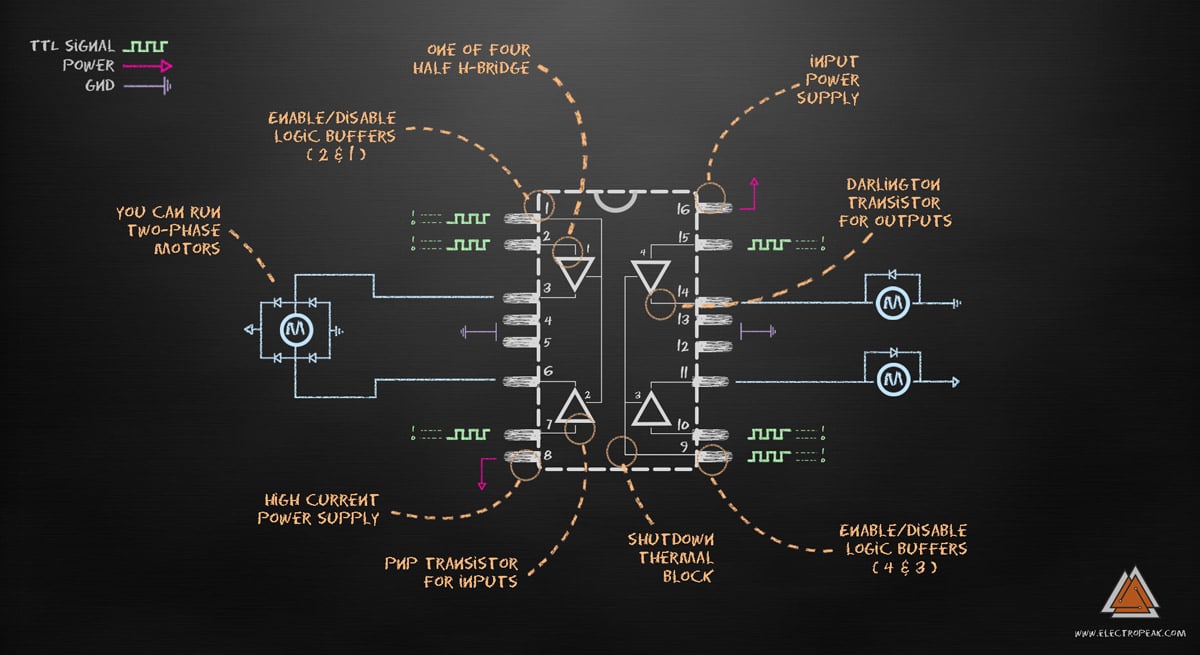 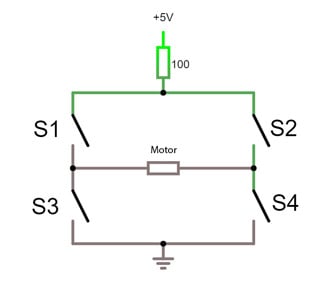 An H bridge is an electronic circuit that enables a voltage to be applied across a load in opposite direction. These circuits are often used in robotics and other applications to allow DC motors to run forwards or backward.

The term H bridge is derived from the typical graphical representation of such a circuit. An H bridge is built with four switches (solid-state or mechanical). When the switches S1 and S4 (according to the first figure) are closed (and S2 and S3 are open) a positive voltage will be applied across the motor. By opening S1 and S4 switches and closing S2 and S3 switches, this voltage is reversed, allowing reverse operation of the motor.

Using the nomenclature above, the switches S1 and S2 should never be closed at the same time, as this would cause a short circuit on the input voltage source. The same applies to the switches S3 and S4. This condition is known as shoot-through. 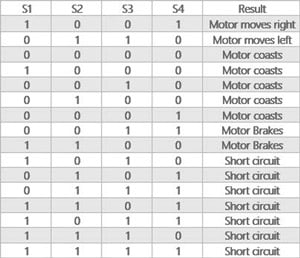 But L293 is a quadruple half h-bridge. Half an H-bridge will connect an output pin to either Vcc or Ground or disconnect it. Using the one you can turn a DC motor on or off or apply to brake but canâ€™t reverse the motor. To reverse a DC motor you need both halves of an H-bridge. 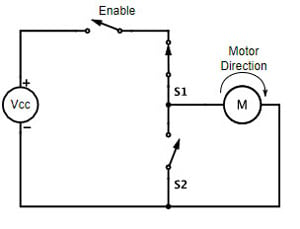 In electronics, the Darlington transistor (commonly called a Darlington pair) is a compound structure of a particular design made by two bipolar transistors connected in such a way that the current amplified by the first transistor is amplified further by the second one. This configuration gives a much higher current gain than each transistor taken separately.

Invented in 1953 by Sidney Darlington 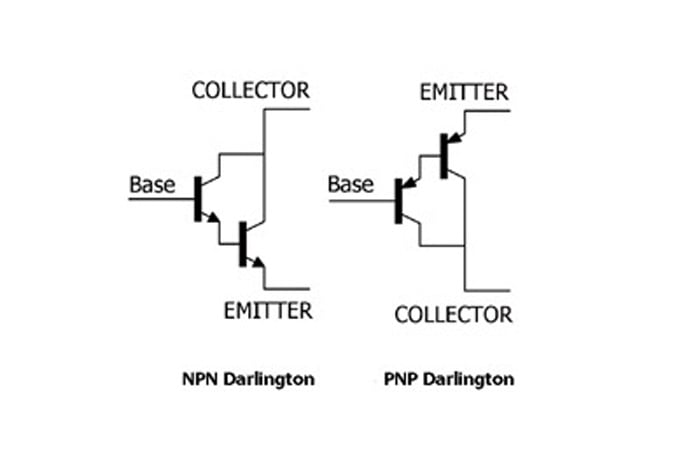 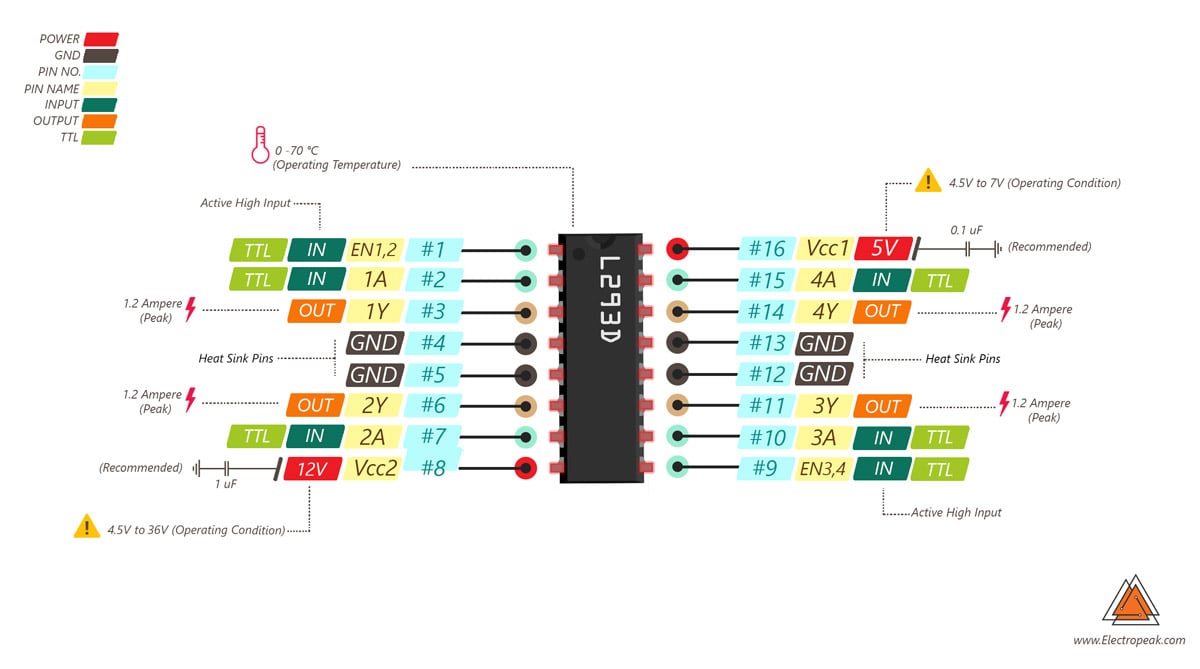 At ElectroPeak.com, we love electronics and robotics, we love what we do and like to share our expertise with you. Let's enjoy electronics more!