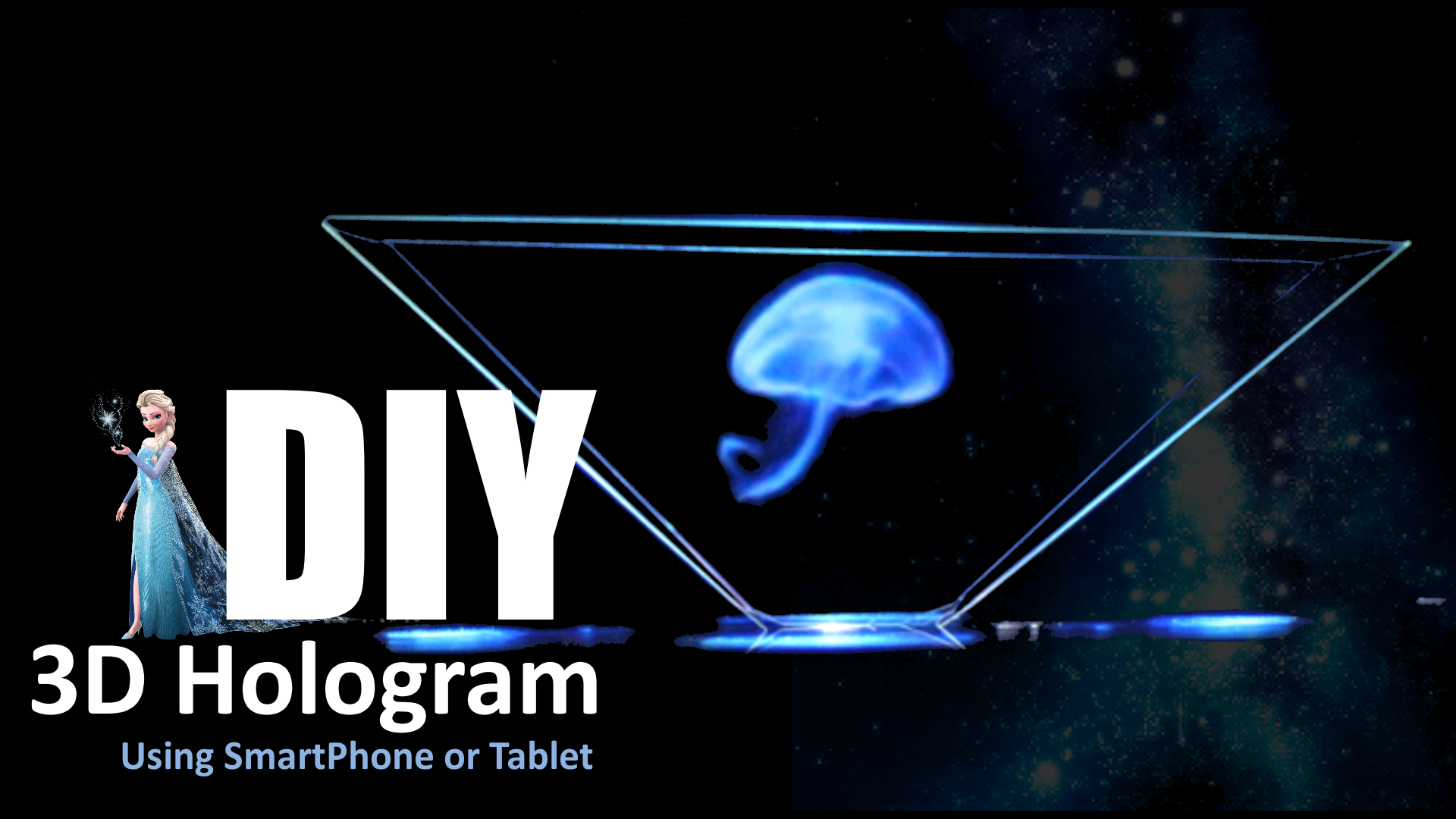 Let me show you an optical illusion that will blow your mind and will cost absolutely nothing out of your pocket.

Do you believe in magic????

Let me show you an optical illusion that will blow your mind and will cost absolutely nothing out of your pocket in making one of your own.

Fairytales have always talked about having a little man in your hand that can walk, talk, and interact with you.

It's now time to make the fairytales a reality. Give your imaginations a wing and fly with me ... 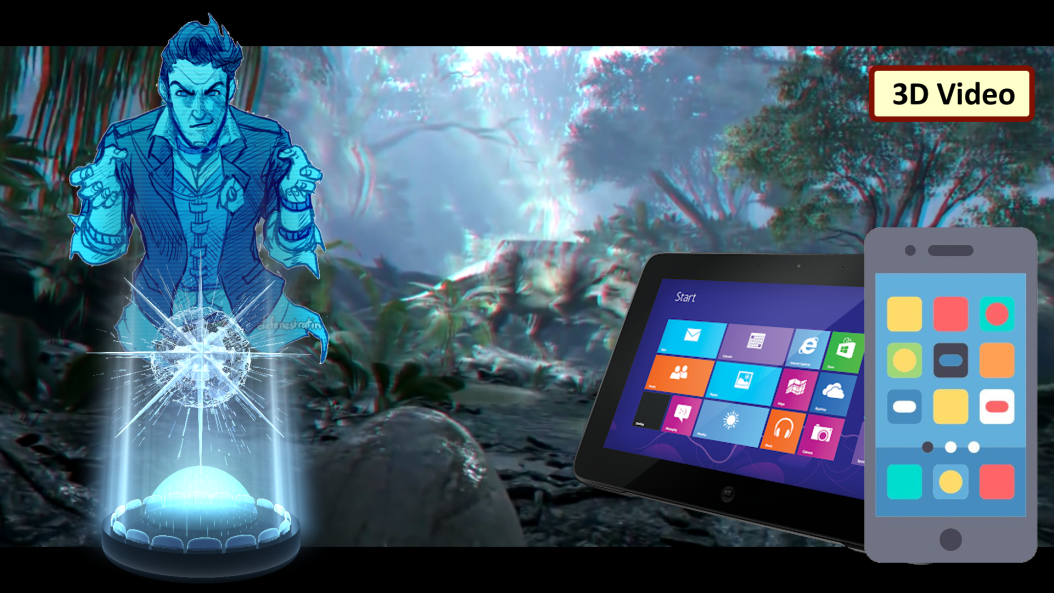 Ever wanted to watch videos in 3D without using 3D glasses? This short tutorial will teach you how to make a very simple device to watch hologram videos on your smartphone or tablet. Just by spending 10 minutes of your day and by using simple household stationaries and some scrap materials you can watch hologram projections from your phone and be amazed!

What is Pepper's Ghost? 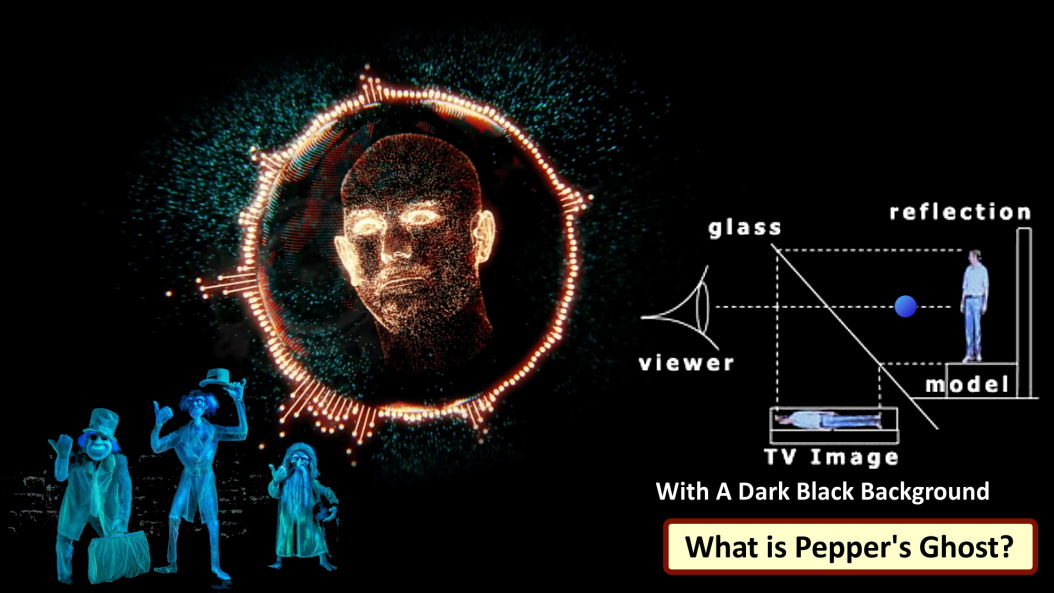 The background of the pepper's ghost has to be black, since you only want the ghost to be projected on the screen. 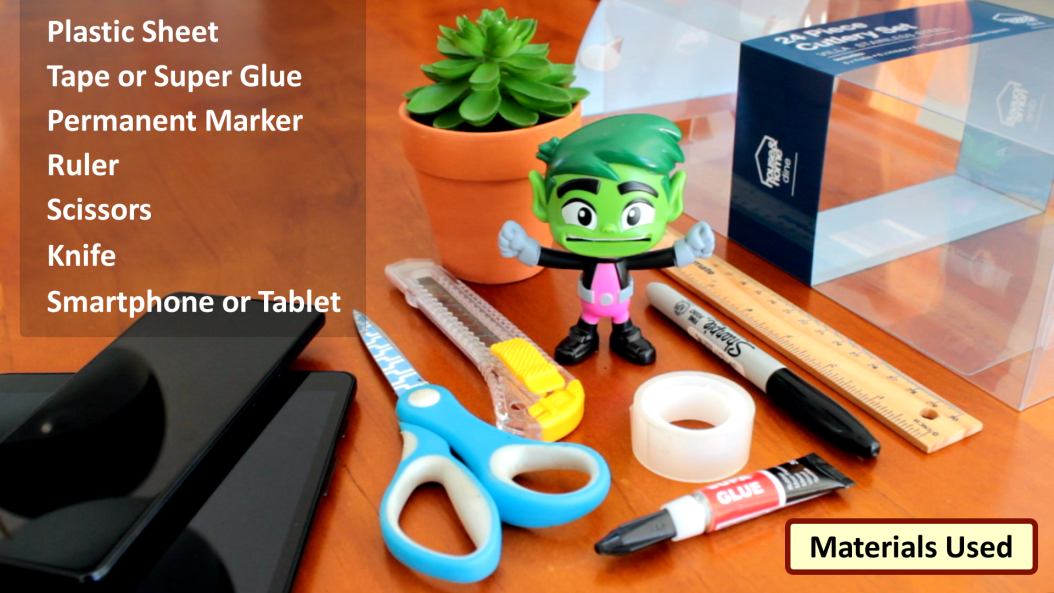 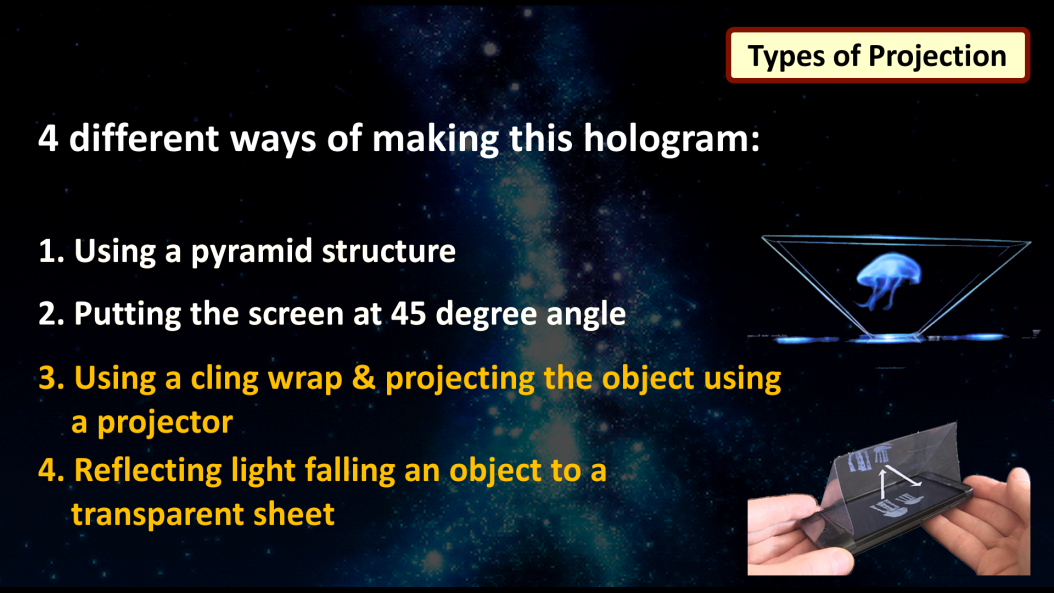 I came across 4 different ways of making this hologram:

2. Putting the screen at 45-degree angle

3. Using a cling wrap and projecting the object using a projector

4. Or simply by reflecting light falling an object on a transparent sheet

In this tutorial, I am going to show the first two methods of generating peppers ghost. 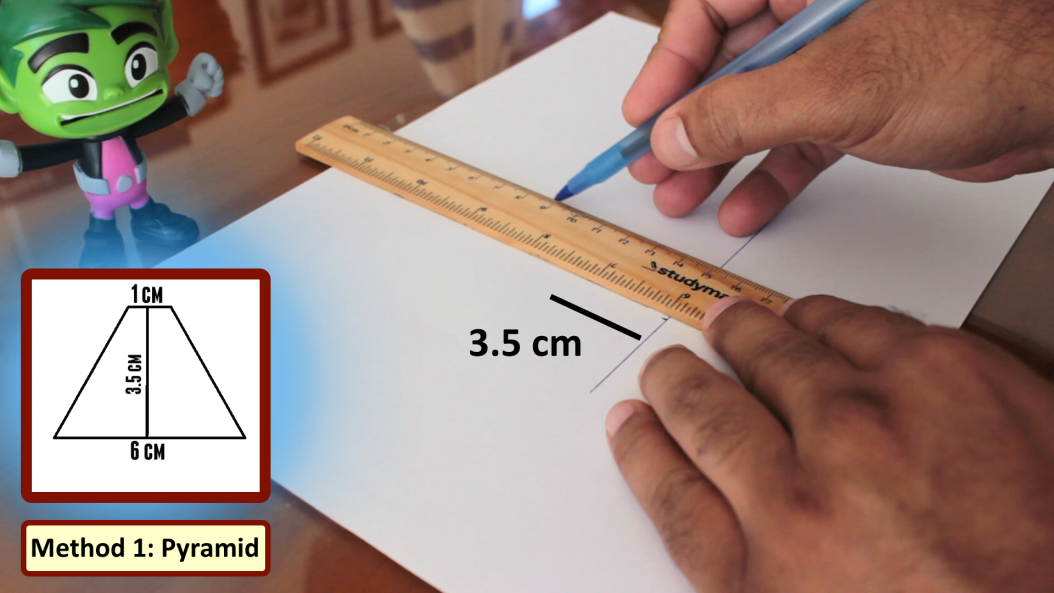 Lets start the project by drawing a basic Rhombus shape on a piece of paper. You can also print the shape out using a printer.

Once you have the template ready place the plastic sheet or CD Cover on it and very carefully cut the 4-sides out of it.

Now, using a clear tape join the sides. Make sure to leave a bit of gap between the sides as that will help in folding the sides.

You can also super glue the sides but frankly speaking I did not had much of luck gluing the sides as the sides kept on falling apart. 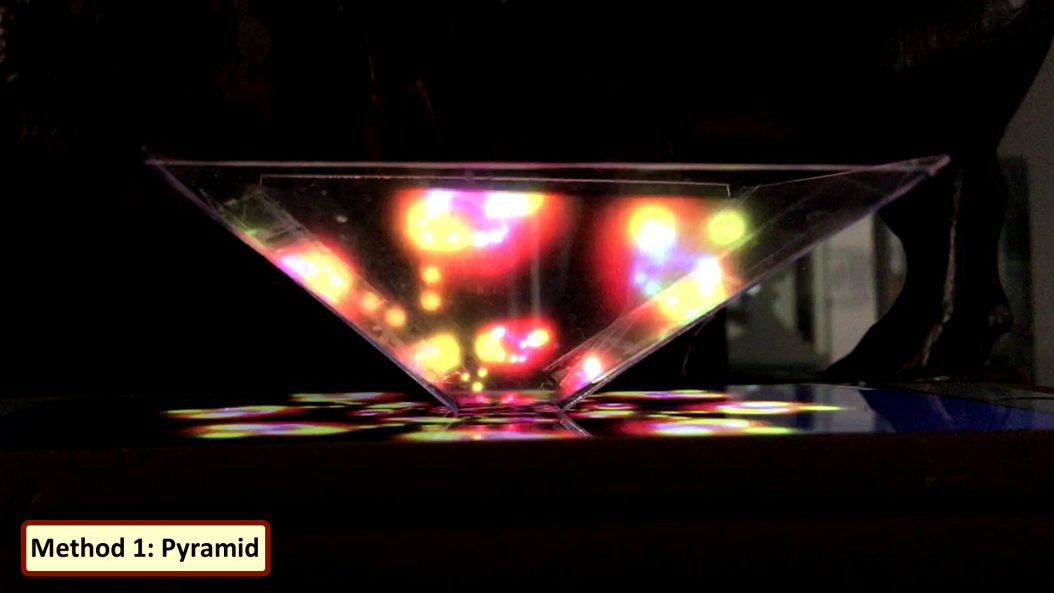 Hologram pyramids are pretty cool. You just place the pyramid on top of your tablet or smartphone's screen while playing a hologram video and a 3d object floats and moves inside the pyramid. The device creates a 3D-like illusion for the viewer and makes an image or video appear as if it were in midair. The pyramid reflector creates image even if you look at it from different sides. Its very important to have your phones brightness up high to see a clear image.

Now, if you want to be really artistic, you can record your own video and then project it to this glass pyramid. The Pepper effect works in a lit room however it works better as you decrease the intensity of light in the room. I will provide links to few of the hologram videos in the description below. 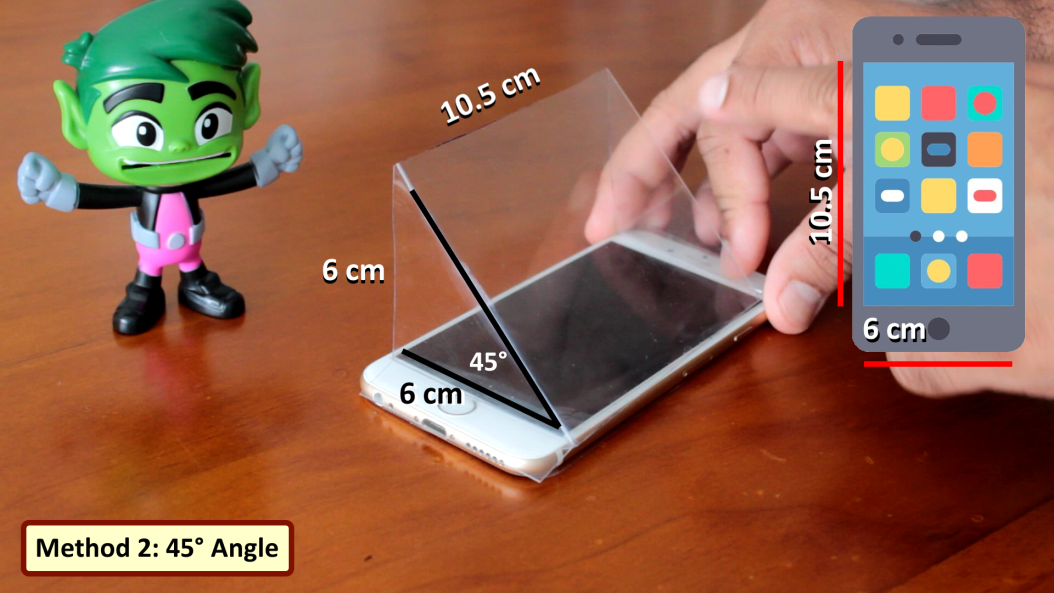 Lets start again by making the transparent screen. The screen should sit at a 45 degree angle on the phone, for that you need to build 2-sides and flaps that will stick to the phone. The height of the screen will be same as that of the base of the screen. We can use google to calculate the length of the 3rd side using the Pythagorean Theorem.

Now, on a piece of paper draw a line equal to the length of your screen. Then, draw 2 lines on each end at 90 degrees with the length we calculated for the height of the screen. Close the top and then for the sides, find the middle and draw a perpendicular line from there. Now, using a ruler draw a line from one edge to the perpendicular line equal to the width of your phone's screen. Same for the other corner and then repeat it for the other side. Finally add some flaps to the edges.

Now, place the transparent sheet on the piece of paper and trace the template out using a marker. As much possible, draw the marker line on the outer side. Cut it out from the inside of the marks to avoid the lines from the marker and then fold along the edges as per the template. 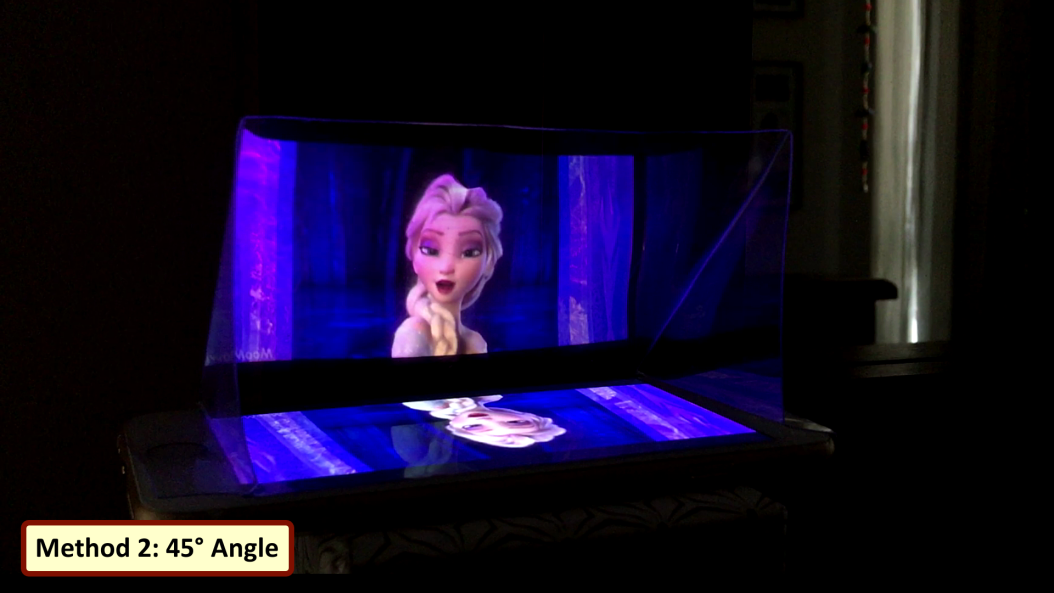 Thanks again for checking out my post. I hope it helps you.

Thanks, see you again in my next tutorial.