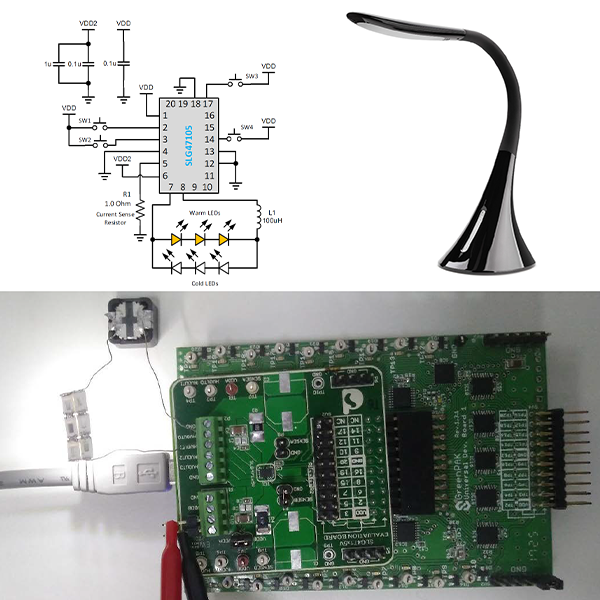 Below we described steps needed to understand how the solution has been programmed to create a LED lamp driver. However, if you just want to get the result of programming, download GreenPAKâ„¢ software to view the already completed GreenPAK Design File. Plug the GreenPAK Development Kit to your computer and hit the program to design the solution.

This project describes the HV PAK configuration for LED control. Since LEDs have high efficiency and brightness, this makes them leaders in many lighting applications.

In this case, the SLG47105 is configured as the LED driver with four buttons to control LED brightness and color temperature. These features are useful for LED table lamps (see Figure 1) or other lighting devices. 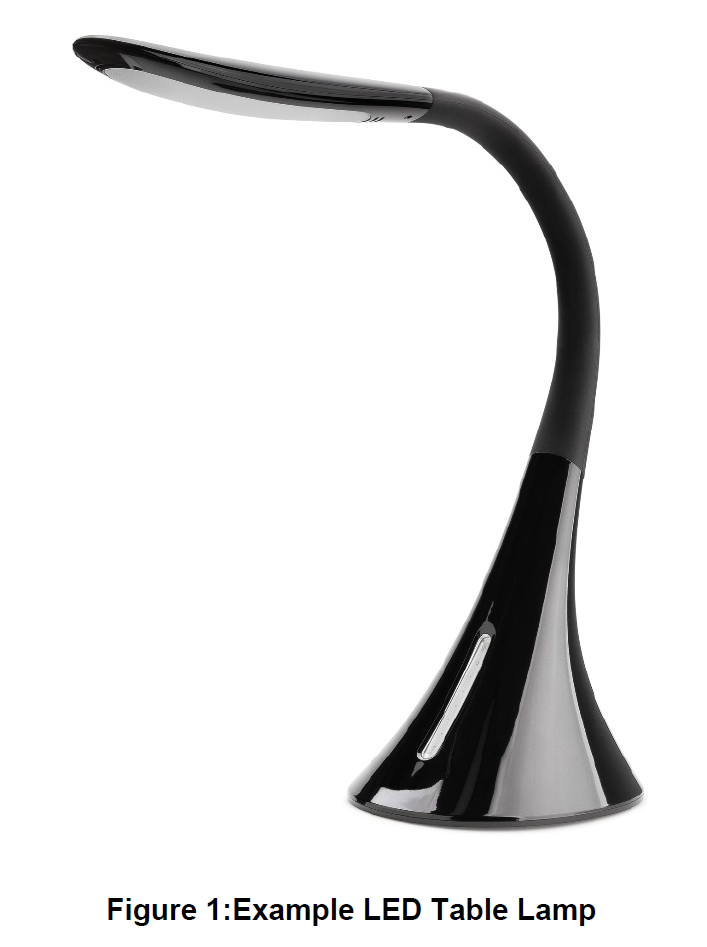 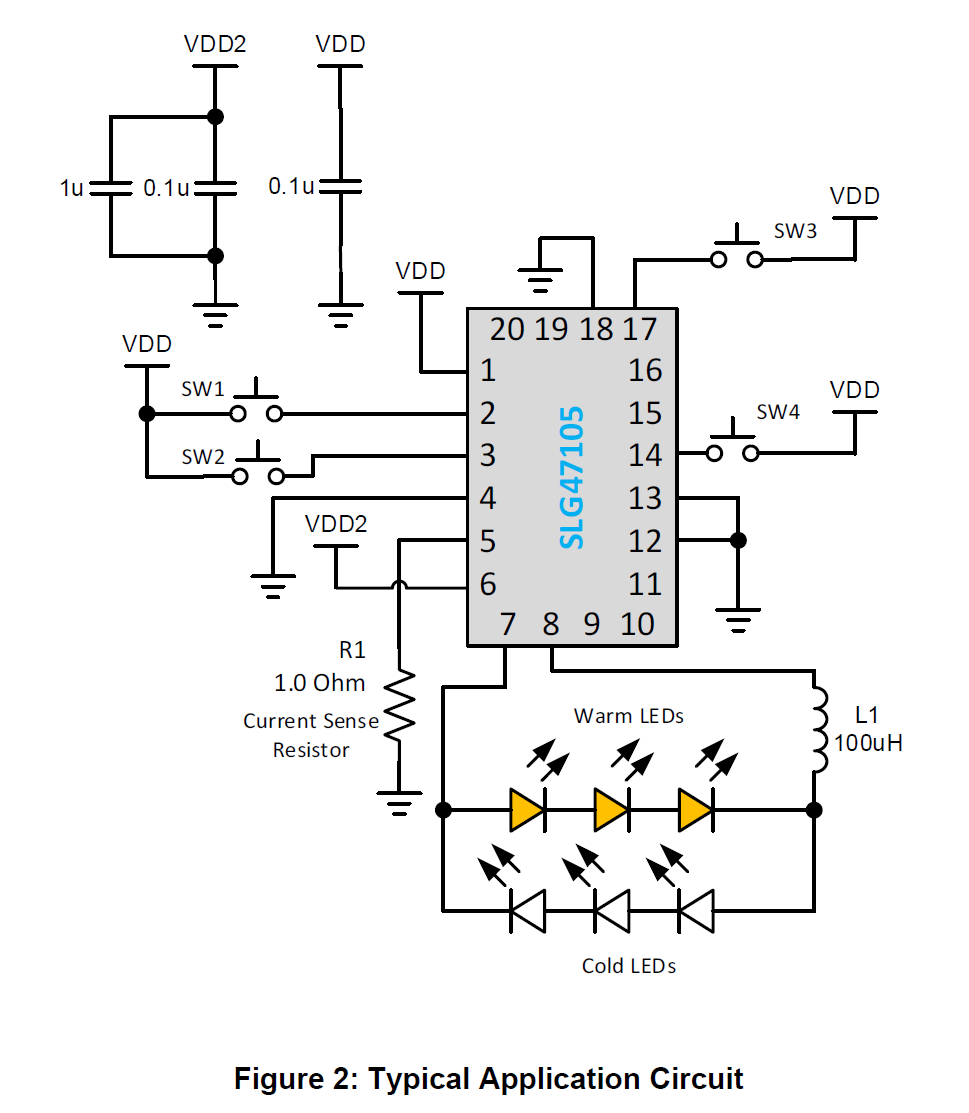 The design has four inputs for the LED driver control, as shown on Figure 2:

The general block diagram can be found in Figure 3. 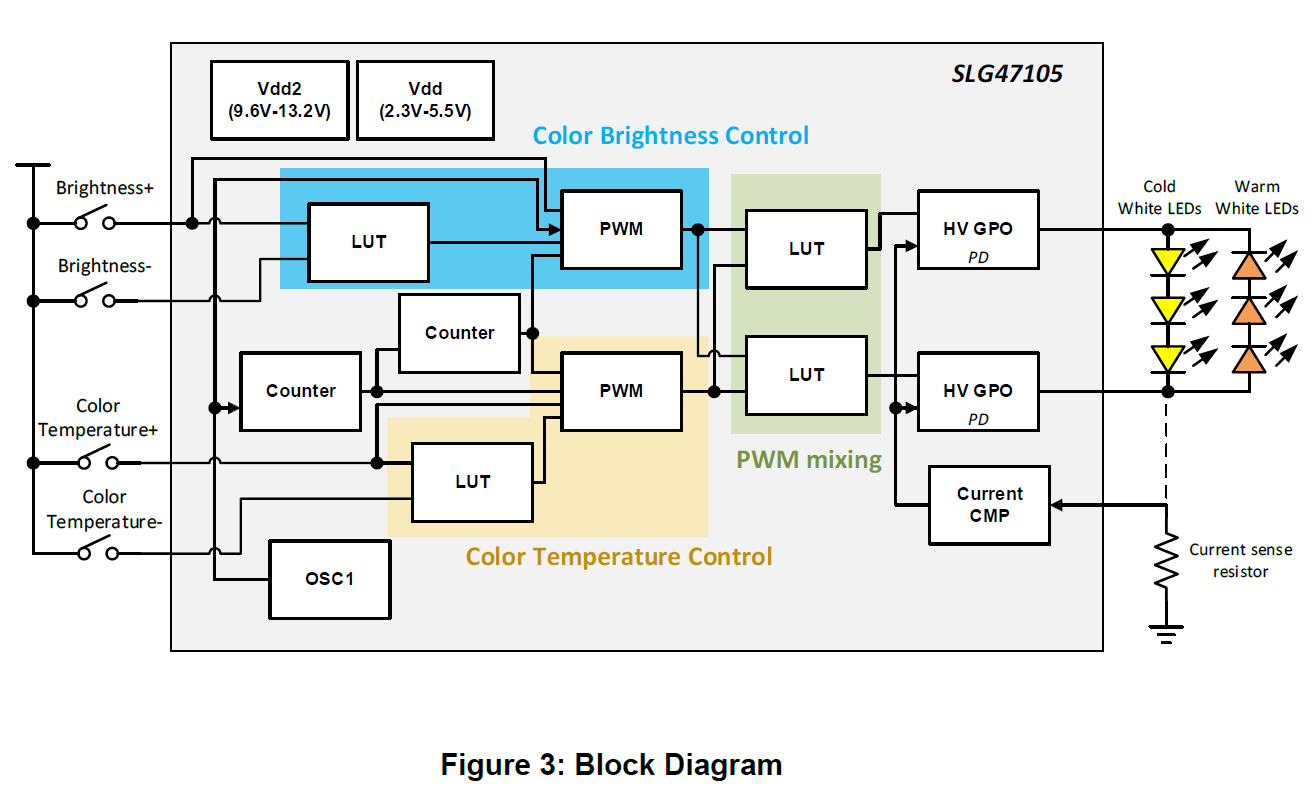 In this design example, LEDs were used without a PCB. Because of the resulting thermal limitations, the LED current was limited to 100 mA.

Figure 4 and Figure 5 show LEDs connected to an Evaluation board with warm and cold LEDs each alternately turned fully on. Buttons SW1, SW4 allow setting color temperature anywhere in between. 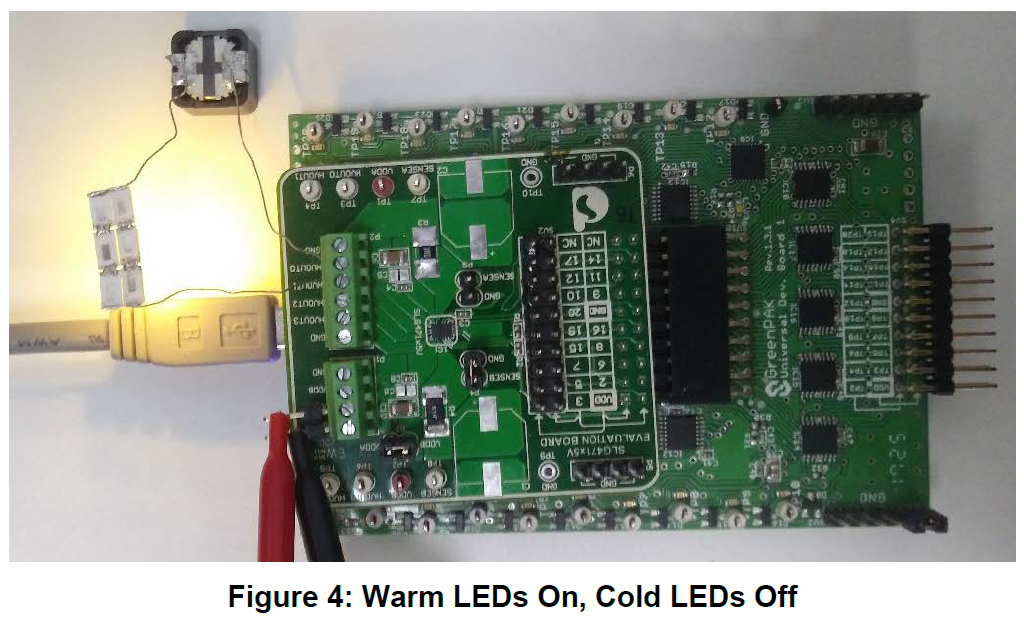 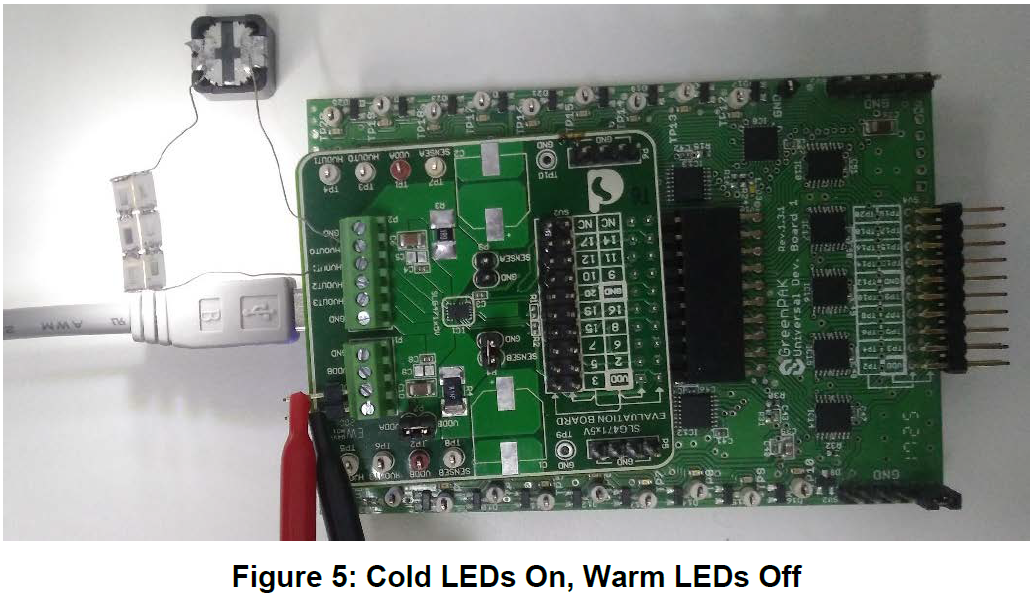 There are two PWM blocks, as shown in Figure 6.

The PWM0 block generates 49 kHz frequency and controls the general LEDs brightness (for cold and warm LED strings together) using the PWM duty cycle. The duty cycle can be changed by PIN3 (increase) and PIN17 (decrease) in a range from 0 % to 100 %. The HIGH level on PIN3 or PIN17 disables the PWM0 KEEP signal through NXOR 2-L2, and CNT2 starts to clock the duty cycle. KEEP signal is active when PIN3 and PIN17 are LOW or HIGH together.

The PWM1 block generates a PWM signal with 120 Hz frequency to control LEDs color temperature. When PWM1 OUT is HIGH, then only warm LEDs are turned on, and when OUT is LOW â€“ only cold LEDs are turned on. The PWM1 duty cycle can be changed by PIN14 (increase) and PIN2 (decrease). The buttons for PWM1 work similarly to PWM0 control buttons.

The CCMP turns off HV OUTs when current is higher than 100 mA, see Figure 9.

The application note describes how to configure the HV PAK for advanced LED control. The driver has a flexible configurable control logic, PWM frequency, and current limit. The HV PAK can control loads with current up to 2 A per one output, so it is possible to create powerful solutions using a single small GreenPAK IC, all with minimum external components.