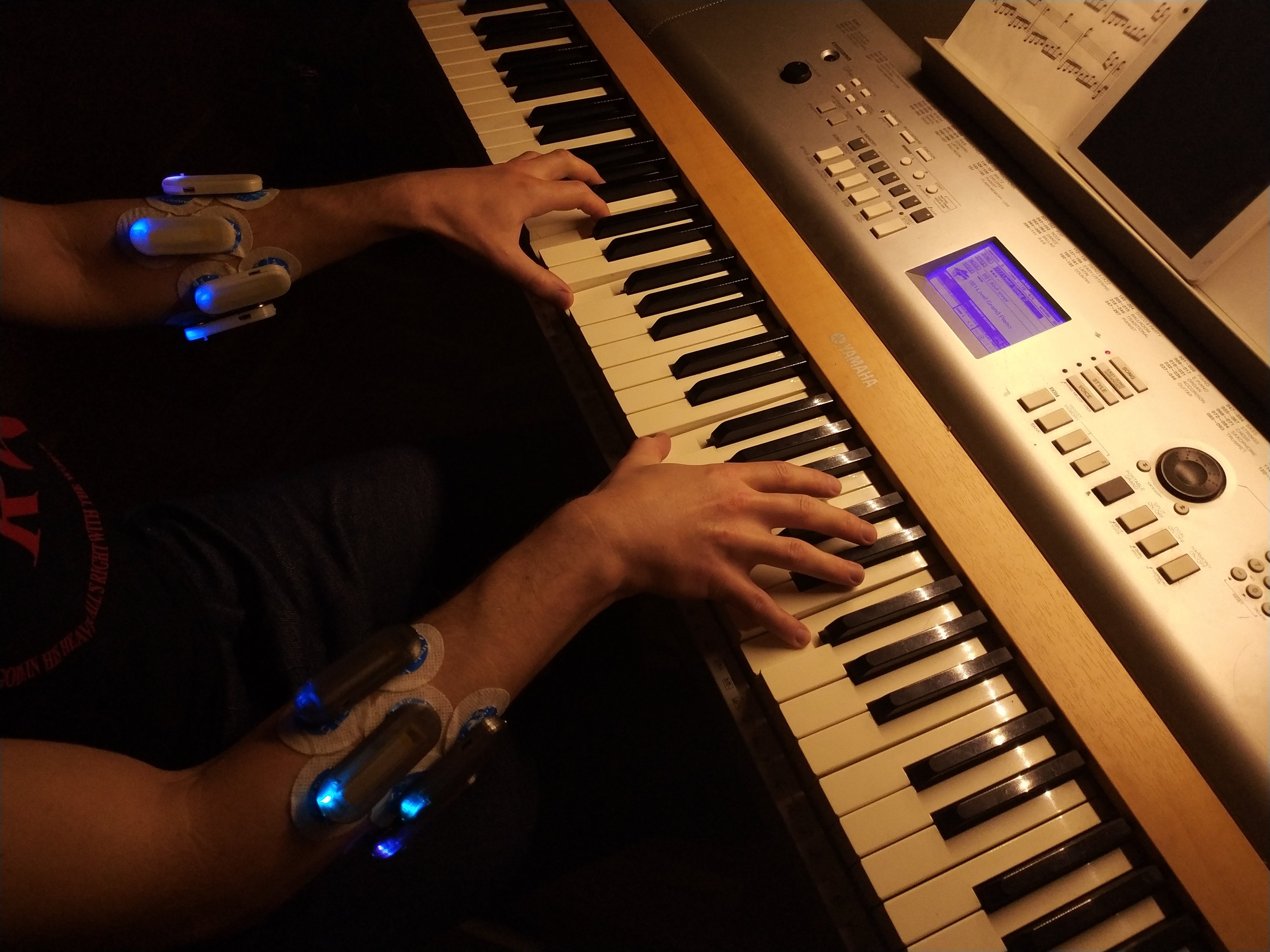 Learn how to make a finger-precise EMG system with radio link.

A new way to see muscles at work - and obtain raw data from multiple channels!

For some time muscle activity attracts attention - and in most DIY projects only a quite crude activity of large muscle groups (like biceps muscles) is presented. Which is understandable - detailed analysis of smaller muscles is complicated and requires careful analog circuit design - but it's time to make the next step.
This project demonstrates a device that can bring EMG to the new level with reasonable efforts:

What is EMG and How Does it Work?

In the video you see 8 uECG devices working in EMG mode. Initially uECG was intended to measure ECG and related heart parameters - and we planned to introduce a dedicated 4-channels EMG device - but development took more time than anticipated, so we decided to add an EMG mode to existing device. And connect multiple of them to the same PC via radio link.
Each device measures electrical activity between its 2 electrodes (third electrode isn't required in this setup), calculates its FFT and from resulting spectrum calculates muscle activity level. Calculated activity is transformed into LED color and intensity, and measured FFT is sent to PC for further analysis. It looks like this:

Visually it's hard to make sense of EMG spectrograms, at least in low resolution calculated by uECG (unlike sound, each particular frequency doesn't mean anything - only overall distribution matters). But activity levels make much more sense - on the following chart we can clearly see that some channels are active - with activity shifting between them - and some are practically at zero. This particular time range (90 samples take about 1.3 seconds of real time here) corresponds to a piece where left hand is practically not moving, and right hand plays an active part 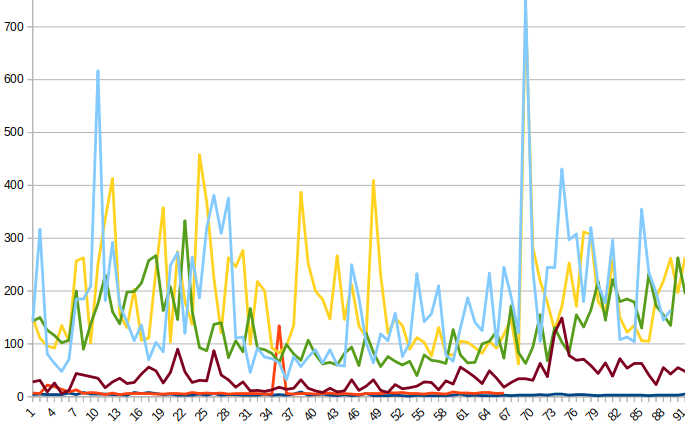 Last but not least, the whole project is opensource - with schematics, firmware and PC side code available for any modifications on our github. This brings highly detailed EMG signals closer to makers and software developers - allowing to create new ways of interaction with PC, mobile and hardware.

Started as a maker, ended up designing/programming quite advanced electronics :)