Learn about the pros, cons, and best applications for commonly-used power sources.

When it comes to powering projects there are many different sources of power available. This article aims to help you decide which power source is most suitable for your next project and what considerations you should make.

Power sources can include both converters (such as mains adapters) and actual sources of energy (such as batteries).

A power source is the most important component in an electrical circuit because, without a source of power, nothing can be done (even passive elements require an external energy source to push electrons through them).

With the many different types of power sources available, it is important to recognize that each source is unique and has its own applications. The type of source that you choose will almost certainly have consequences to your project which may include how much power you can draw, where your project can be located, and if protection methods are required in the event of electrocution.

To make choosing and comparing easier, each power source discussed in this article will be scored out of 10 (1 being awful, 10 being great) on the following aspects:

Wall warts are one of the more common methods for powering devices that would normally drain batteries quickly (such as speakers, equipment, monitors, laptops, and routers). They are also found in situations when portability is not required and a piece of hardware can be expected to stay in the same place for long periods of time.

Varying in power capability and connector output can make finding the right wall wart somewhat challenging. Most wall warts have a fixed voltage output which means that they often require some form of power conversion (whether it be a DC-DC converter or a linear regulator).

An example of a wall wart.

Some wall warts have both variable output and a variable connector, making them ideal for prototyping projects. However, they aren't ideal for every single device in the home as they are somewhat more expensive.

Wall warts can be as simple as 5V USB charging points which can provide power directly to most Arduino projects but can also be large beefy devices that can source as much as 100W of power.

Like wall warts, power supplies are really power converters that draw power from the mains electricity and then convert it into a form that is suitable for a connected project.

While variable output wall warts do exist, variable power supplies are almost the standard and it is hard to find power supplies with a fixed output. Unlike wall warts, power supplies also come with controls for fine-tuning voltage output, limiting the output current, and even containing protection that prevents damage to external circuits. Power supplies can also be controlled over a local area network with data loggers that can track power consumption over time. 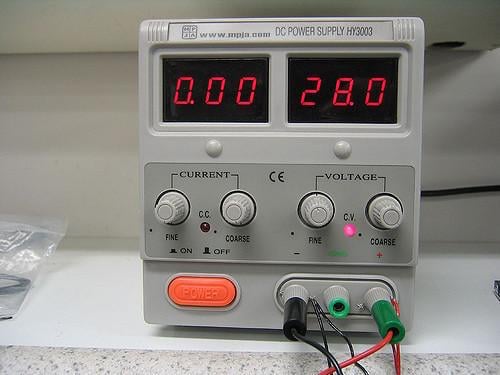 While fantastic as laboratory and prototyping equipment, power supplies are very expensive and will never be used in a commercial environment.

Since the output of such supplies is often regulated and variable they can be used to provide power directly to microcontroller circuits which removes the need for power handling circuitry.

The humble, easily recognizable USB port found on many devices including computers and laptops can also be used as a source of power for your projects.

USB ports as a power source can be useful in prototyping simple circuits including those using the Arduino, micro:bit, and the Raspberry Pi. Devices powered by a USB port will most likely not require a special power conversion or regulation stage as USB power is typically very stable. However, a pair of smoothing capacitors such as a 100uF and 100nF in parallel would help to mitigate unexpected spikes and noise.

There are some drawbacks to using USB ports as a power source, including the limited amount of power that can be drawn and the possibility of damaging the USB port if your circuit causes a short or failure. 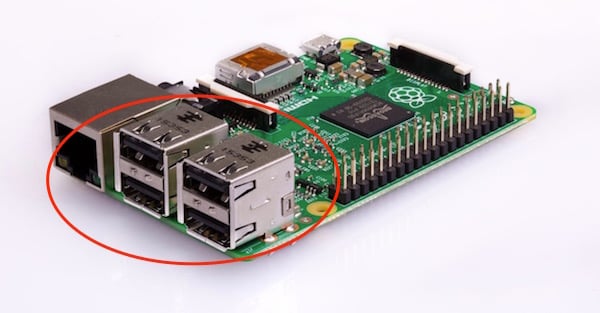 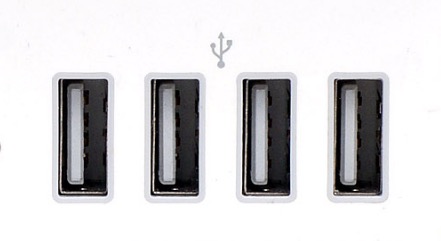 There are some drawbacks to using USB ports as a power source, including the limited amount of power that can be drawn and the possibility of damaging the USB port if your circuit causes a short or failure.

Alkaline batteries have been around for many decades and are one of the most common power sources for portable circuits such as remote controls, smoke alarms, simple Arduino circuits, and toys.

While not rechargeable, their low cost and simplicity make them ideal for many circuits. The output of alkaline batteries does not require smoothing but regulation may be needed depending on the output voltage. For example, a 9V battery can be directly plugged into the VIN pin on an Arduino Uno because the Uno has an on-board regulator but devices such as the Particle Photon would require a 5V regulator circuit (a 7805 and several capacitors).

Alkaline batteries come in a wide range of types. Coin cells are useful for very low power projects (and are very portable), whereas D batteries can provide large amounts of power but are not very portable.

With so many size options on the market, a designer can create a variety of power solutions, making alkaline batteries very flexible. While batteries do eventually run out of charge they are arguably very reliable and are highly unlikely to suddenly stop working (i.e., detection circuitry could easily detect low batteries way before they run out).

Lead-acid batteries are one of the oldest types of batteries. They are mostly found in situations where a large amount of power is needed suddenly or if power is required over a long period of time. 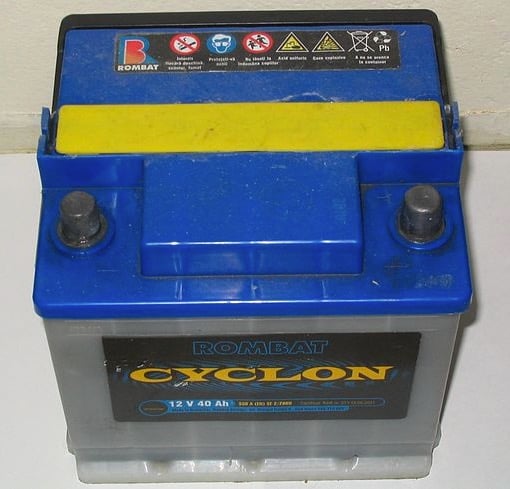 Suitable uses for lead-acid batteries include powering vehicles (such as go-karts, motorcycles, and cars), off-grid power (when used in conjunction with solar cells), and in remote projects that donâ€™t need to be moved but require power in isolated areas (such as in a shed).

These batteries have similar requirements to alkaline batteries when it comes to power regulation and may require an external regulator if being used with a circuit that cannot handle a wide range of voltages.

Lithium-ion and lithium-polymer batteries have been used extensively in the field of portable electronics. These batteries are incredibly small, lightweight, and can store large amounts of power. They are also rechargeable. These qualities make them ideal for portable devices that require more power than other battery technologies can provide for extended periods of time. 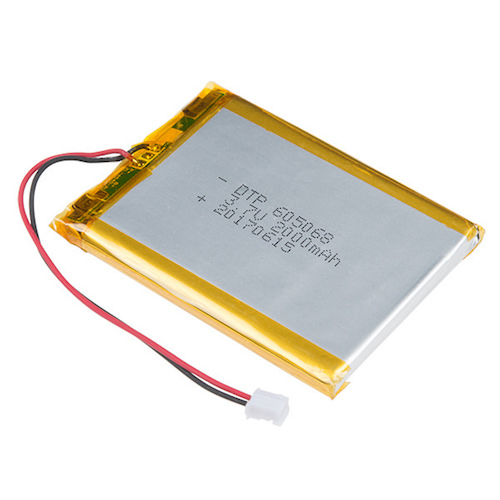 An example of a lithium-ion battery. Image courtesy of SparkFun Electronics [CC BY-SA 2.0]

However, lithium-ion batteries do suffer from one issue which can make them dangerous: they are fragile and susceptible to fires. If a lithium-ion battery is damaged or pierced, it can result in an internal short circuit. This causes large amounts of heat to be generated and the resulting hydrogen gas that is formed can be ignited.

Lithium batteries require specific charging cycles otherwise they can overheat and catch fire, which is why most lithium ion batteries come with an inbuilt circuit limiter that prevents external short circuits. In order to implement a lithium battery into a design, a charge circuit will also be needed. These charging circuits can be designed from discrete parts, but it may be easier to use a premade module that allows the quick connection between the circuit, battery, and a USB connector.

Power Sources for Any Project

There are numerous ways to power your projects and electronics. Do you agree with the ratings we gave? Let us know in the comments!