The Basics of Ohm's Law

The Basics of Ohm's Law 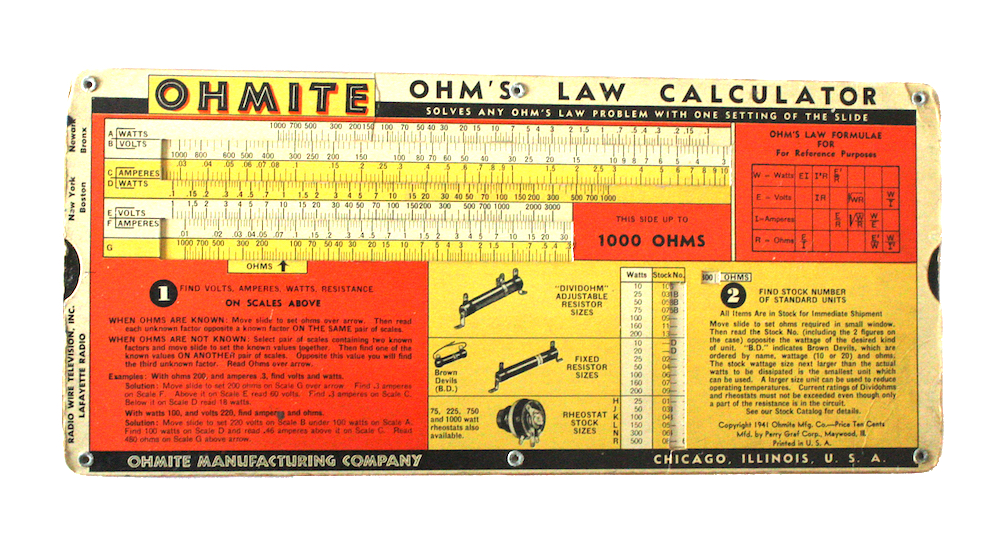 In this article, learn about an essential law in circuit design—Ohm's law—and see how it works in common examples.

Ohmâ€™s law is arguably one of the most important laws in electronics and centers on the relationship between voltage, current, and resistance. It is often used in even the most trivial circuits and a good understanding of it can help you go a long way.

What is Ohm's Law?

Simply put, Ohm's law states that the current through a component (such as a diode or resistor) is equal to the voltage across that component divided by that componentâ€™s resistance.

To sum that up in an equation, we get:

The voltage across a component such as a resistor or LED may not be the same as the voltage of the power supply. Assuming that you are already familiar with voltages in series and potential divider circuits, the first simple examples below show the voltages across resistors when in different configurations. 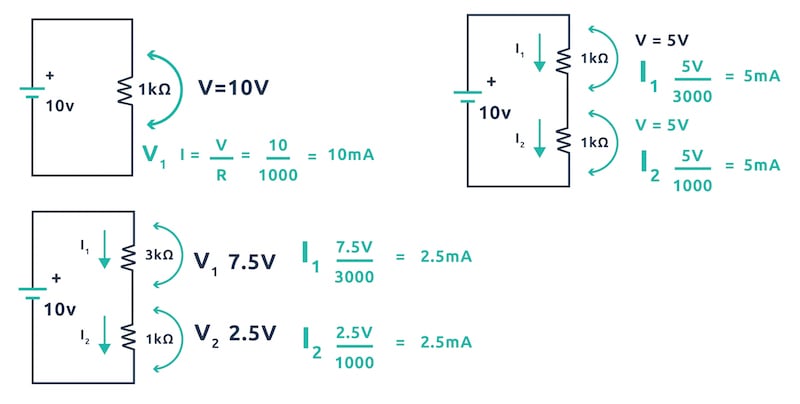 Voltages across resistors in different configurations.

In the examples above, if we wanted to calculate the current through a resistor, we would use the voltage across it instead of the 10V from the battery.

In the first example, the resistor is in parallel with the battery and therefore has 10V across it.

In the second example, the two resistors (which are both 1kâ„¦), have the same voltage across them (potential difference).

We can see from these examples that if we add all the potential differences together we get the same voltage that is supplied by the voltage.

To see how Ohmâ€™s law works, letâ€™s apply it to each example to see the current flowing in the resistors!

When resistors are in parallel current can split up depending on the sizes of the resistances as shown in the example below.

An example of calculated current flowing in the resistors.

A Quick Review of Ohm's Law

Utilizing Ohm's Law as a Maker

So far the examples considered are great for homework assignments but not very helpful for makers when designing circuits. Therefore, what examples can makers expect to run into and how does Ohmâ€™s law apply to these situations?

LEDs are a very common example whereby a microcontroller or other circuit may be controlling an LED. Since LEDs are semiconductors, they have a very low resistance. When conducting, they require a series resistor otherwise they may overheat and break. The value of this resistor can be calculated using Ohm's law and is a very easy calculation. 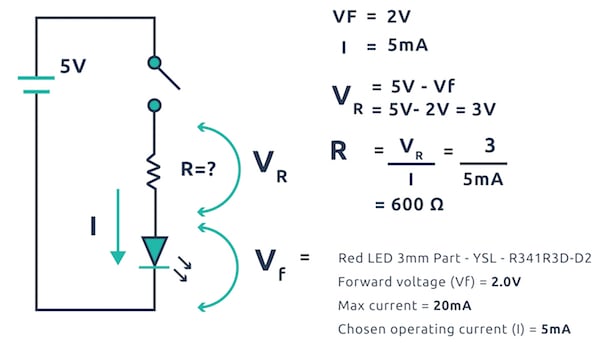 Using Ohm's Law to calculate the needed series resistor for a project using an LED.

Some designers may wish to connect devices directly to the outputs on a microcontroller. In order to do this, it is imperative to check that the device does not draw more current than the microcontroller output can handle. 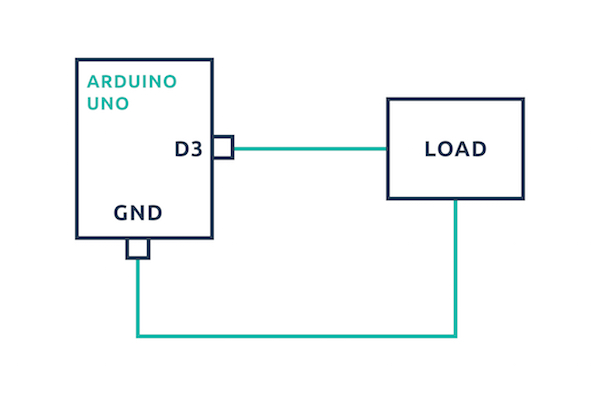 A sample circuit diagram of a connection between a microcontroller (in this case, an Arduino UNO) and a device.

Knowing how to utilize Ohm's law to calculate current, voltage, and resistance by hand is worth learning. If, however, you're pressed for time or want to double check your calculations, there is an online Ohm's Law calculator to help!